Alpine and Alonso do not raise their heads: the "misunderstanding" that delays him to his worst position in Montmeló since 2001

Many had been in the sun for six hours, wrapped in flags of hope, excited by the appearance of Fernando Alonso, shortly before noon, in the pit lane. Others had... 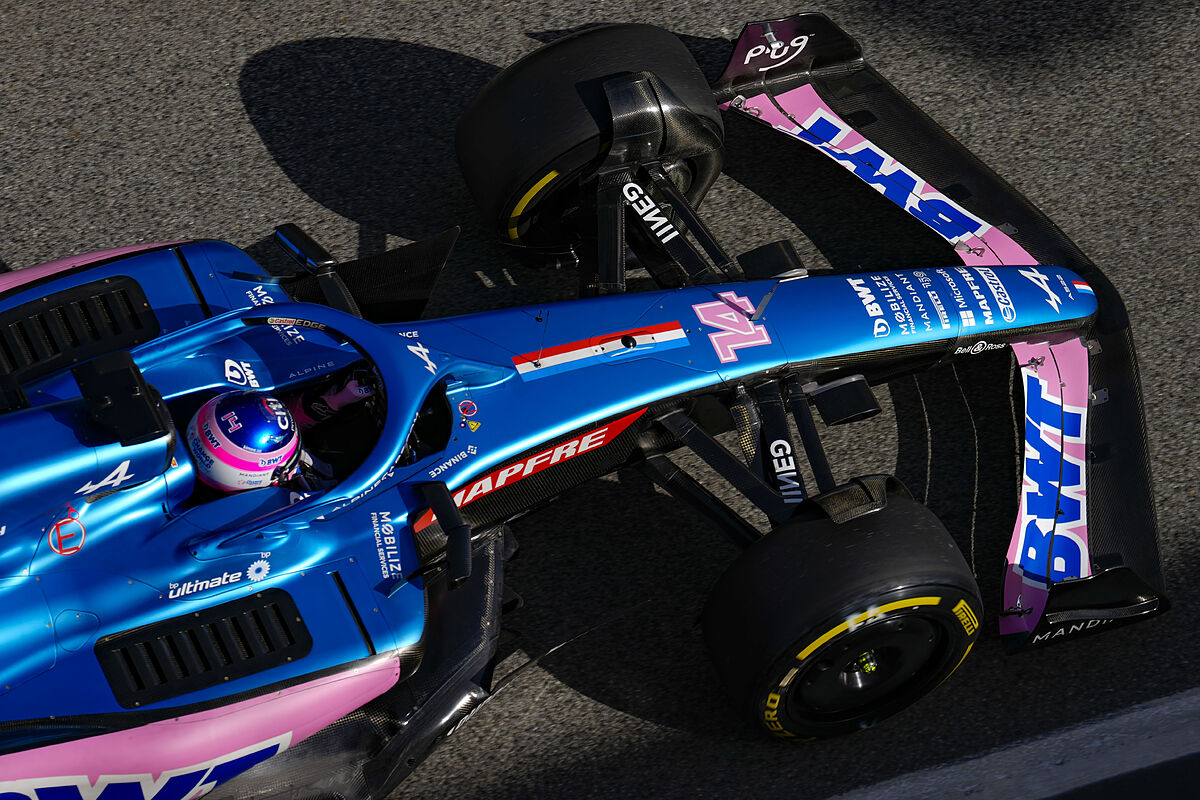 Many had been in the sun for six hours, wrapped in flags of hope, excited by the appearance of

, shortly before noon, in the

Others had vibrated with the victory of

in F3, with the bars of the anthem and with the fast laps of

, greeted with cheers from turn 5 to the main grandstand.

Yesterday was a big day for F1 in Montmeló, but it ended badly.

Especially for the two-time world champion.

For the first time in 10 races, Alonso was eliminated in the first qualifying round, so today he will start seventeenth, just ahead of

and the two Williams.

The situation being serious, the most worrying thing is that he admits multiple interpretations.

"There was a misunderstanding," admitted the Asturian, after failing to make the last attempt to improve him.

"We were at the time limit and I didn't have any information from the team either. I thought we had a second left and there were like 20", he admitted about the conversation with

Pushed by the rush, believing that he would not cross the finish line in time to start his flying lap, Alonso had overtaken several cars before meeting

At that critical moment, the McLaren's plug proved lethal.

"If I had known in advance, I would have created more space with Lando, but they told me on the radio: 'It's very, very tight and you have to launch now,' explained the Spaniard. As much as the race director noted the incident, it was no longer there was an investigation by the stewards.

"We lacked a bit of rhythm"

However, this tangle of events is not enough to explain the debacle.

And the first to admit it was Alonso himself, with bad feelings at the wheel since noon.

The twelfth place in the last free session showed that the rear wing update, the main novelty for Barcelona, ​​did not offer the expected result.

"We had some new piece, although this weekend it was my partner's turn to try it. It was noticed that we lacked a bit of rhythm", he conceded.

In case evidence is lacking, just mention that

entered Q2 with a margin of 74 thousandths.

With this panorama, the atmosphere in the

motorhome was summed up yesterday in the long faces of

, who wanted to approach Barcelona to greet his former teammates, seemed affected.

The old desires to assault third place in the World Cup seem like mere smoke.

The American team, the only one on the grid that has not brought updates, put its two single-seaters in Q3.

Meanwhile, Alonso yesterday completed his worst classification in Montmeló since 2001, the year of his debut with Minardi.

Sainz wants to overtake at the start

The national honor, at least, was saved thanks to Sainz, who will start third today, behind

"Anything can happen and we will do everything possible to overtake at the start," predicted the Ferrari driver on the DAZN microphones.

The adverse 0-6 in qualifying sessions does not discourage the man from Madrid, four tenths slower yesterday than his garage partner.

He knows his virtues in long runs and his first obligation will be to put Red Bull in trouble, in search of the fourth podium in six races.

Of course, no one should rule out Verstappen yet, as was already evident in Imola and Miami.

Any strategic detail could decide the race, so we will have to remain calm.

Nothing should be left to chance under the atrocious heatwave of Montmeló.