Should Barcelona defend the title from last year or will most champions Lyon take an eighth victory in the Champions League? SVT broadcasts the big final in Turin. 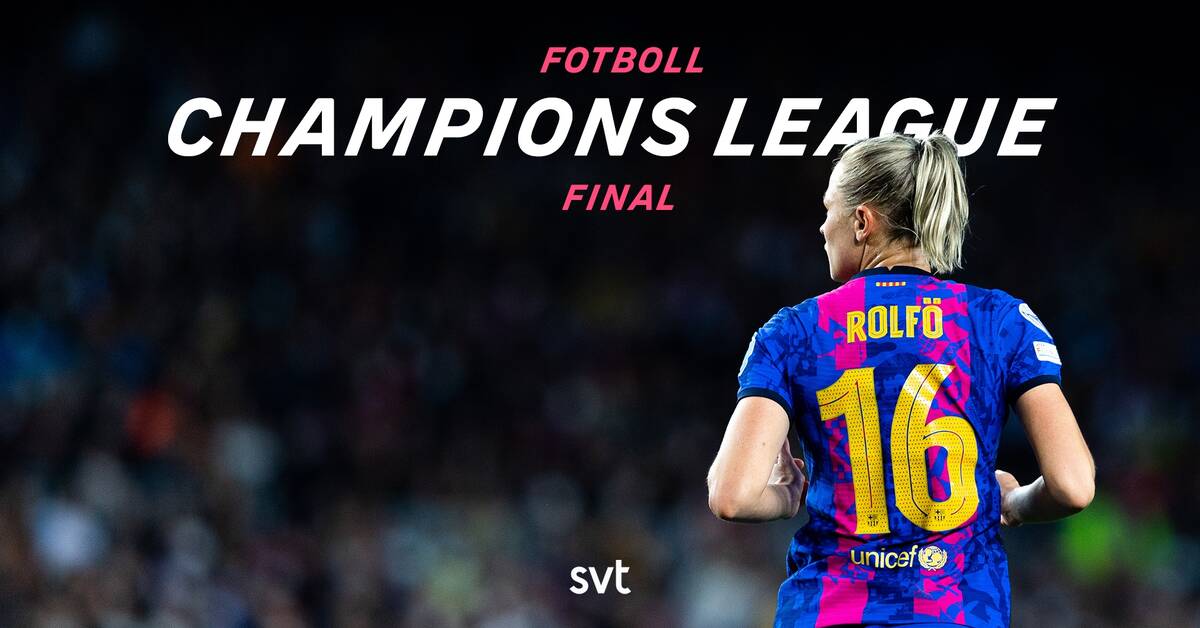 Barcelona with, among others, Fridolina Rolfö defeated Rolfö's previous club, Wolfsburg in the semifinals.

5-1 before the record audience 91 648 (world record for club match / ladies) at home but in Germany it was a loss.

In Lyon there is a Swede.

Goalkeeper Emma Holmgren, who left Eskilstuna for Lyon this summer, but she has had limited playing time.

Lotta Schelin played eight seasons at the French club and during that time won the Champions League three times.

Today's star in Lyon is the Norwegian Ada Hegerberg, considered by several experts to be the world's best player.

The final is played at Juventus Stadium in Turin, Italy.

Chris Härenstam comments together with the expert Markus Johannesson.