Puig of Kiwoom, a professional baseball player, broke off his batting slump and put on a long-running show. He led the team to victory by hitting a double in his fifth home run of the season. This is reporter Bae Jung-hoon. 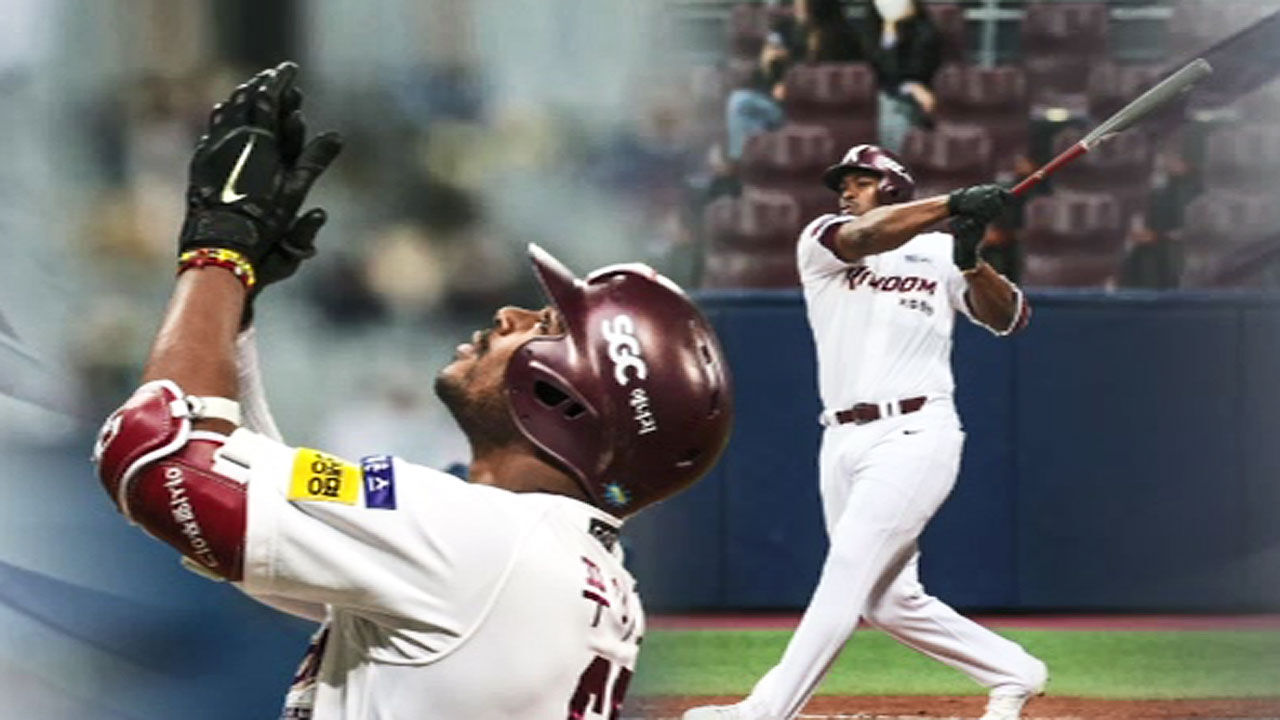 Puig of Kiwoom, a professional baseball player, got rid of his sluggish hitting and put on a long hitting show.

He led the team to victory by hitting a double in his fifth home run of the season.

Puig, whose batting average fell to 10% due to sluggish hitting, was placed in the 8th batting order for the first time today (21st), and immediately transformed into a 'fear 8th batsman'.

Puig, who warmed up the bat with one RBI double in the second inning, hit the slider of the changed pitcher Joo Hyeon-sang in the third inning and pulled out a large two-run cannon of 135m.

After checking his bat, Puy expressed his joy by throwing his bat, and his dug-out teammates greeted him with a soap bubble ceremony.

LG erased the memory of the unfortunate finish-off the previous day with a home run.

4th hitter Chae Eun-seong opened a home run for the first time in 49 days, and in the 5th inning, two points ahead, Kim Hyun-soo drew a two-run arch and widened the score further.

NC, with a two-run four in Martini, leads KIA 7-3, and Doosan, who defeated Lotte, which self-destructed by mistake, escaped from a five-game losing streak.