Who will finish dolphin of the PSG? Who will play the Champions League and the Europa League next season, and who will go directly to Ligue 2? While the suspense remains intact almost at all… 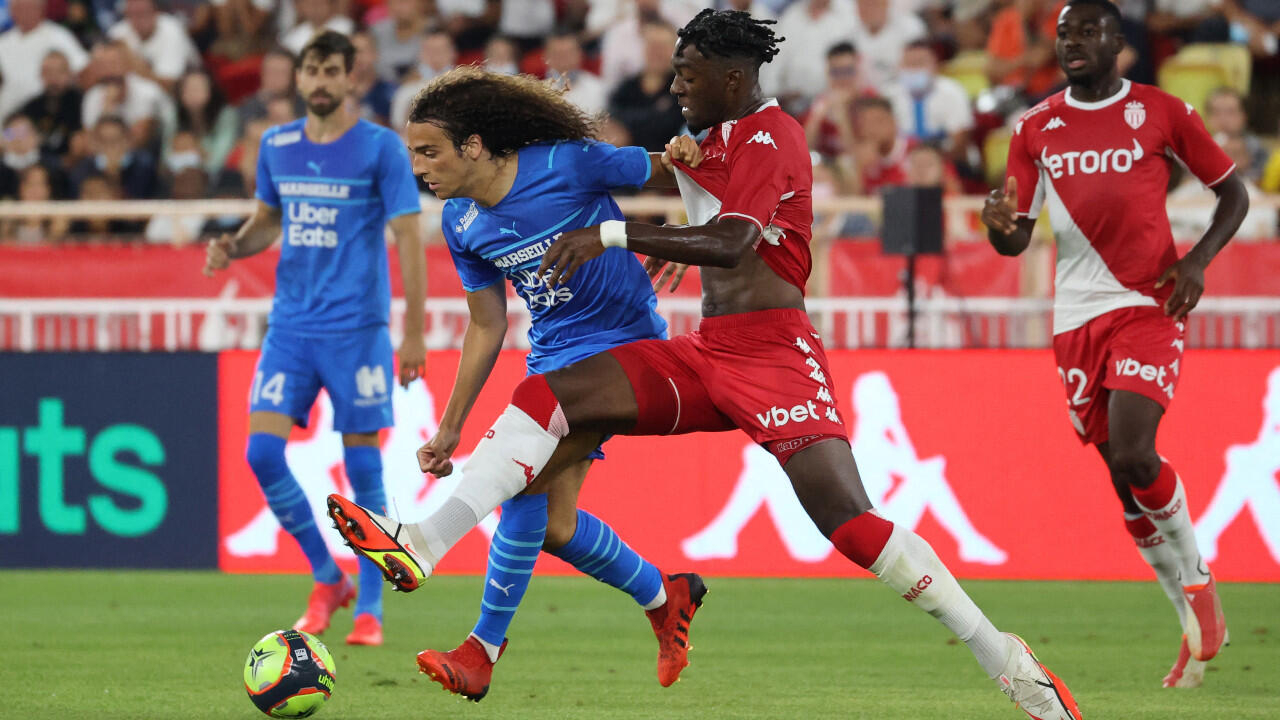 The epilogue of Ligue 1 promises to be crazy!

At the top of the table, behind the already crowned PSG, all the places on the podium, synonymous with qualification for the Champions League, are still at stake, will be contested by AS Monaco (2nd, 68 points, +25), the Olympique de Marseille (3rd, 68 points, +21), and Stade Rennais (4th, 65 points, +42).

Monaco on pole for 2nd place, Rennes in ambush

AS Monaco is the master of its destiny, and therefore in a favorable ballot for 2nd place.

The men of Philippe Clément remain on an impressive series of nine victories in a row, started on March 20 with a convincing success against PSG (3-0), at the Louis-II stadium.

A hellish pace that allowed the club to steal 2nd place from OM the previous day, thanks to a better goal difference.

However, the task will not be easy for the Monegasques, since they will play their last match on the lawn of RC Lens (7th), which for its part can hope for European qualification, thanks to 5th place, synonymous with access at the Europa League Conference.

But for that, the Sang et Or will have to win in front of their boiling public and hope for poor performances from Nice (6th) and Strasbourg (5th).

For their part, OM must recover from their disappointment at having lost their second place, after conceding two defeats in three matches in the final sprint – against Lyon (0-3) and Rennes (2-0) –, to hope to stay on the podium or go back in front of Monaco in the event of a misstep in Lens.

The Phocaeans, not always comfortable at home under the Sampaoli era, welcome RC Strasbourg (5th, 63 points), who also want to crown their good season with European qualification.

Defeat is therefore prohibited for OM, under penalty of being ejected from the qualifying places for the C1, which are nevertheless crucial for the finances of the club and for the recruitment policy of its president Pablo Longoria.

Which club will be European next season?

Because Stade Rennais is in ambush, in 4th qualifying place for the group stage of the Europa League, three points behind the Olympians and the Monegasques, but with a much better goal difference.

If the Bretons, led by Bruno Génésio, elected best coach in Ligue 1 last weekend, win in Lille and one of their direct competitors loses, they will finish on the podium.

OGC Nice is spoiling its end of the season (6th, 63 points), while it has long been close to the podium, still 2nd on the 27th day.

After their failure in the Coupe de France final against FC Nantes, which qualified directly for the group stage of the Europa League thanks to this trophy, the people of Nice suffered the blow and fell from 4th to 6th place. , on the 37th day.

They go to Reims (12th) on Saturday evening, where they will have the obligation to win, to hope to pass in front of the Strasbourgeois (C4), or even, in the event of a miracle scenario, in front of the Rennais (C3).

The Azureans will perhaps long regret the incidents of Nice-OM, disputed on August 22, for which the club had been sanctioned with a firm penalty point.

A point that could deprive them of Europe.

Mission impossible for Bordeaux, one last chance for the Greens

At the bottom of the classification, the fight for 18th place, that of the roadblocker, is played by three.

Even two, between FC Metz (18th) and Saint-Étienne (19th), as the situation of the Girondins de Bordeaux (20th) is desperate.

Indeed, even if mathematically it is not yet official, the Bordelais seem condemned to play in Ligue 2 next season, since they are three points behind the Stéphanois and the Messins, but also and above all a very bad difference goals (-41) compared to their direct opponents (-35 for Sainté and -29 for Metz).

In summary, on Saturday evening, the Marine et Blanc will have to win in Brest with a pharaonic score and hope for heavy defeats from the other two.

Suffice to say that the mission is impossible for the club which will therefore be relegated for the first time in thirty-one years.

🙏 Only one of these 3 clubs will have the opportunity to save their place in the elite 🙌!

For Metz and Saint-Étienne, who both have 31 points, the mass is not yet said.

Property of the Grenats at the start of the last day thanks to a better goal difference, this 18th place can completely escape them since they go to the Parc des Princes, to play their survival in Ligue 1 against PSG.

A difficult trip knowing that the Parisians, who have not lost any home game in Ligue 1 this season, will necessarily want to score for their last outing before the presentation, at the end of the match, of the trophy of champions of France.

For their part, the Greens will go to Nantes and will be able to recover their play-off place which they abandoned during the 37th day, at the worst time, provided they obtain a better result than FC Metz.

If they remain on four losses in a row and they are relegated, the Stéphanois owe their public a start.