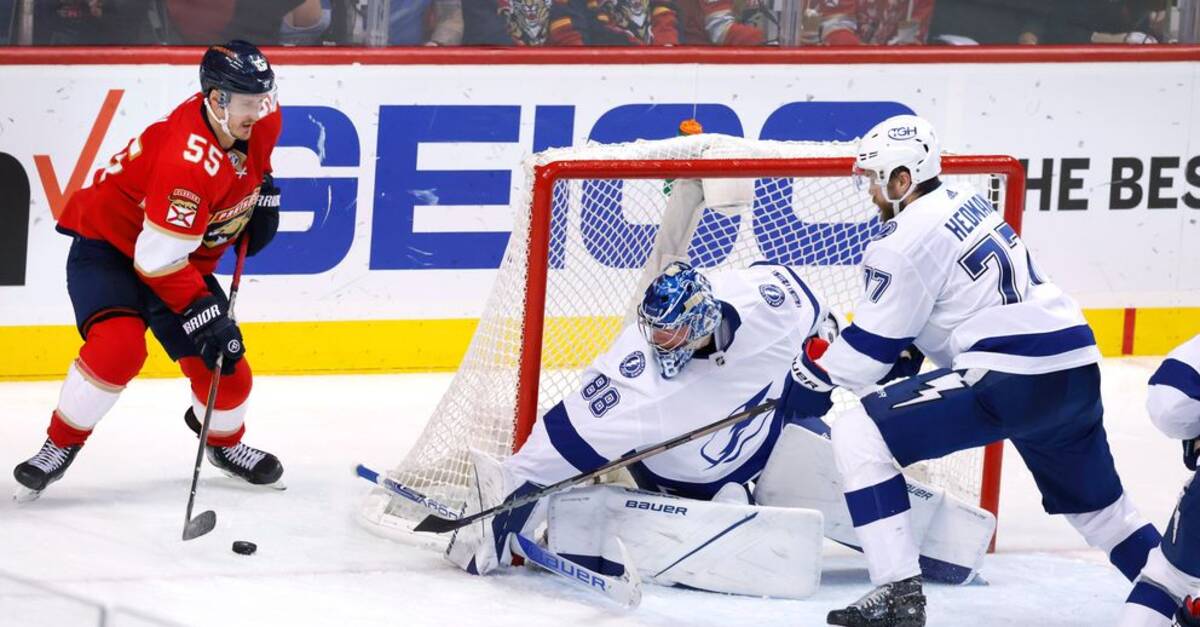 Florida won the NHL regular season and entered the Stanley Cup playoffs as the top seed.

Tampa Bay finished only fifth in the Eastern Conference, but the former champions have shown in the playoffs why they won the Stanley Cup two years in a row.

Florida, with Patric Hörnqvist and Gustav Forsling on the ice, had more shots on goal, but it was Tampa Bay that once again emerged victorious from the battle when the two Florida teams clashed for the second time in the quarterfinal series.

Back star Victor Hedman was noted for an assist when Tampa Bay put 1-0 in the first period.

Florida equalized in the middle period after a play by Gustav Forsling.

The match looked to go to extra time - but Tampa Bay's Ross Colton knocked in 2-1 with only four seconds left.

That means Tampa Bay has started the quarterfinals with two straight away wins.

Now, two games await Tampa's home team - where Florida is under pressure to win at least one to keep the final dream alive.