Lucas Wallmark is back after missing the last two matches. Now comes the explanation for the absence: food poisoning. - It must have been bad chicken or something like that, he says. 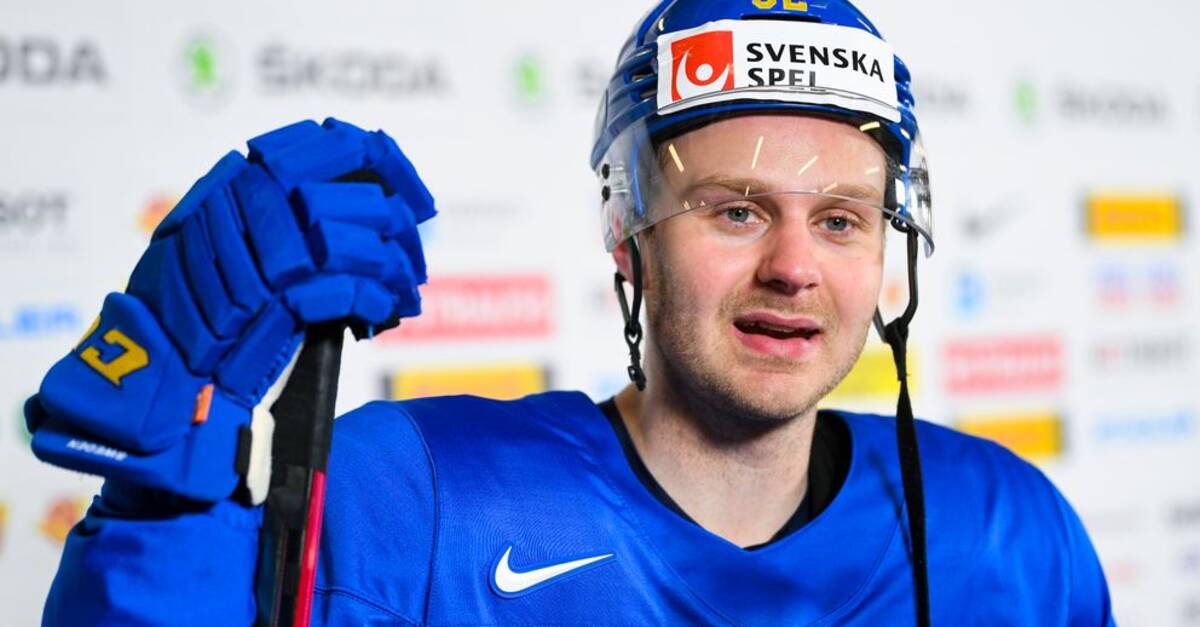 Wallmark, center in the first chain in the first two matches, missed the victories against Great Britain (6-0) and Finland (3-2 after penalties.

The Swedish team management tried to sneak in why Wallmark was missing, now he says himself:

- I went on a food poisoning.

It was not fun, but I would rather do it now than later in the tournament.

He says he felt really pathetic.

- Yes, you were not the strongest.

Maybe you are not usually either, hehe, but it was no fun.

But it passed in a few days, so it was nice, says Wallmark who is ready for games against the USA on Saturday morning.

When he disappeared, there was a forward crisis, but gradually the NHL reinforcements have entered the assembly line.

The latest in the line to be completed: William Nylander.

He does not have time to arrive in time for the US match but will play from Sunday's match against Norway.

Lucas Wallmark is a strong candidate to play alongside Nylander.

- It will probably be a lot of sex about it.

No, but we have many good players, but it is of course that "Nyllet" is a star, an artist, he will make the team better of course.

He is an incredibly offensively skilled player, a cruel reinforcement, he says.

During the illness, it also became official that Lucas Wallmark has signed a contract with the Zurich club ZSC Lions for next season, where former national team captain Rikard Grönborg is coach and Peter Popovic is assistant.

Wallmark bought himself out of his KHL contract with CSKA Moscow when Russia invaded Ukraine.

SHL was never an option:

I wanted to stay abroad.

I have heard very well about the club and the city, the coaches know, I hope we can win a title, he says.