After Su Bingtian fills up the Olympic medals, the good news is likely to continue

On the 19th local time, the International Olympic Committee held its executive committee in Lausanne, announcing that the Chinese track and field men's 4X100m relay team won the bronze medal at the Tokyo Olympics.   The Chinese team consisting of Su Bingtian, Xie Zhenye, Wu Zhiqiang and Tang Xingqiang finally got this late medal! Data map: The picture shows the group photo of the Chinese team 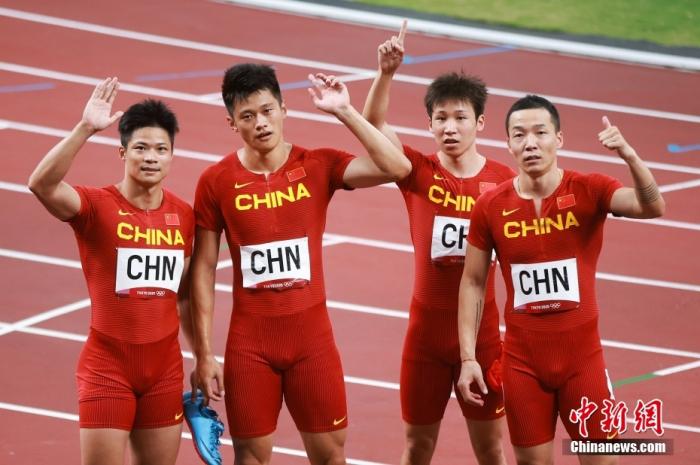 On the 19th local time, the International Olympic Committee held its executive committee in Lausanne, announcing that the Chinese track and field men's 4X100m relay team won the bronze medal at the Tokyo Olympics.

Data map: The picture shows the group photo of the Chinese team members after the game Photo source: Visual China

Italy, Great Britain and Canada finished in the top three.

Shortly after the game, the British team fell into doping suspicion.

On February 18 this year, the International Court of Arbitration for Sport issued an announcement that British sprinter Chikindu-Uja had violated anti-doping regulations during the Tokyo Olympics, and his performance in the relay was cancelled. Deprived, the Chinese team is expected to make up for the bronze medal.

In addition to Su Bingtian, Xie Zhenye, Wu Zhiqiang and Tang Xingqiang, there are many Chinese athletes waiting for their own Olympic medals.

It is very likely that Chinese sports will usher in a series of good news in the next period of time!

On March 21 this year, the "Athletics Integrity Committee", an independent investigation agency under the World Athletics Federation, issued an announcement saying that the 2012 London Olympics women's 20km race walking champion and Russian athlete Yelena Rashmanova had her results cancelled due to doping issues.

This means that three Chinese female athletes, Sister Cheyang Shi, Liu Hong and Lu Xiuzhi, are expected to win the gold, silver and bronze medals in the 20-kilometer walk in the London Olympics.

However, the Russian players who finished second and fifth in the competition were found to be doping violations in 2015 and 2019 respectively, and their results in the London Olympics were both cancelled.

Shortly after the good news of Sister Cheyangsh came, on March 22 this year, the International Court of Arbitration for Sport issued an announcement on its official website saying that Kazakh weightlifter Rakimov violated relevant anti-doping regulations, and he was banned in March 2016. All medals, points and prizes from January 15th to January 18th, 2021 will be recycled.

This also means that Chinese weightlifter Lv Xiaojun is expected to make up for the Rio Olympic gold medal.

I still remember that in Rio 6 years ago, Lv Xiaojun won the silver medal with a total score of 379 kg in the men's 77 kg weightlifting competition.

In the snatch stage, Lu Xiaojun claimed the world record 177kg for the third time, and he finally successfully lifted it.

However, Kazakh player Rahimov, who was 12 kg behind Lv Xiaojun in the snatch, challenged 214 kg in the clean and jerk stage and successfully lifted it.

He thus broke the world record in clean and jerk and won gold by virtue of his weight advantage.

However, it is quite controversial that in this trial, Rahimov, who "didn't stand firm", still won three white lights.

"At my age, I can still participate in the Olympics and fight for my country, which makes me very happy and happy. Secondly, I can stand on the podium again, no matter what color the medal is, I am very happy. Again. , Personally speaking, I have brought out all my level.”

In the face of the slightly bitter game, Lu Xiaojun's words also showed some unwillingness.

This silver medal became the regret he buried in the bottom of his heart.

At present, Sister Cheyang Shi and Lv Xiaojun have not waited for the official announcement from the International Olympic Committee.

But we believe that in the near future, they can also usher in the late honor as a clean winner.