The dean of basketball coaches in the Emirates turns to football

The dean of basketball coaches in the Emirates, the Syrian Hala Shehadeh, who won 36 titles with the various basketball clubs in the Emirates that she previously trained, went to enter the world of football along with the basketball, through the technical supervision of the "Fire Ball Academy" teams in Dubai, designated for the elderly 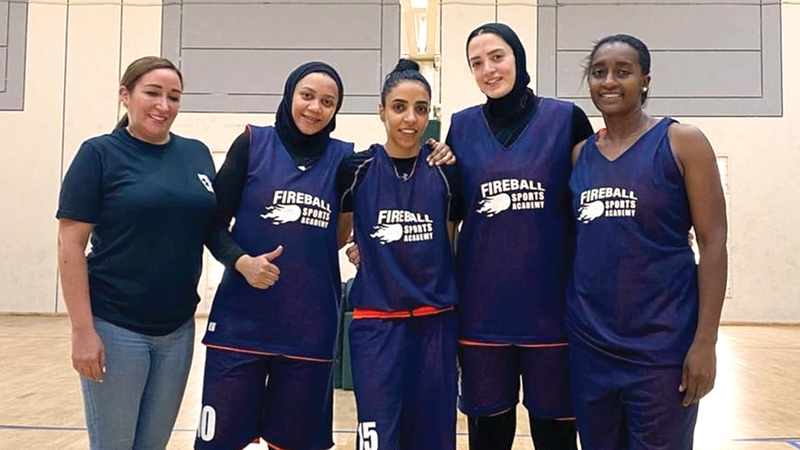 Hala Shehadeh is looking for a new challenge in “Fireball”

The dean of basketball coaches in the Emirates turns to football

The dean of basketball coaches in the Emirates, the Syrian Hala Shehadeh, who won 36 titles with the various basketball clubs in the Emirates that she previously trained, went to enter the world of football along with the basketball, through the technical supervision of the "Fire Ball Academy" teams in Dubai, These are designated for the age groups of both sexes, in a new challenge for Shehadeh, through which she aspires to uncover talents in schools and popular neighborhoods.

Shehadeh told "Emirates Today": "Going to the academies from the (Fire Ball) portal establishes the dissemination of football and basketball in the Emirates according to professional concepts among young people, especially women and adolescents at the beginning of their career, through my presence next to a team specialized in both games. ».

She explained: "I went with the former technical staff of the Al-Nasr club to lay the first building block in the (Fire Bowl) Academy, with great support from the Basketball Association, before football was included in the academy's activity through specialized and qualified technical elements in the game."

She added: "I put my long experience in the world of training, especially with Al-Nasr previously, with which I achieved most of my personal titles as a coach, which serves to build trust relationships with the players and players of the Academy and their parents, with the aim of establishing a large base of basketball and basketball practitioners, especially the young talents that It includes schools and nearby popular neighborhoods close to the academy’s headquarters, and work to develop it in a way that serves in the future in forming a stream of new blood for the clubs, which is positively reflected in the provision of Emirati sports in two of the most popular games in the country.”

And she continued: The approach of the "Fire Ball Academy" is based on teaching children how to take care of the body and mind, and the positive impact of sport in accepting disappointments and loss, and realizing that success requires a lot of effort and serious training, before gradually moving them to seize professional ideas, and that sport is a profession that will Like the rest of the other works that one can innovate in building his life future.”

And she concluded: “Since the academy’s launch last summer, we have succeeded in establishing teams that participate in local tournaments, especially women’s ones, and we look forward to continuing the construction and development approaches for all age groups and for both games, which are built on the right foundations, to shed light on the emerging talents in the country, capable of providing the clubs with human resources in terms of quantity and quality, whether from national elements or from births and residents.”

It is noteworthy that Shehadeh began her training career in the Emirates through the Sharjah Club, then Al-Ahly Youth, and then Al-Nasr, as well as training for the women's teams on more than one occasion, especially in the Gulf championships.

"Fire Ball" seeks to spread the sports of football and basketball.

During her coaching career in the UAE, she won 36 titles.