The fire alarm in the Helsinki arena has gone off and the audience had to evacuate. This means that the World Cup match in ice hockey between Germany and Denmark has had to be postponed. The estimated start time was 15.20. 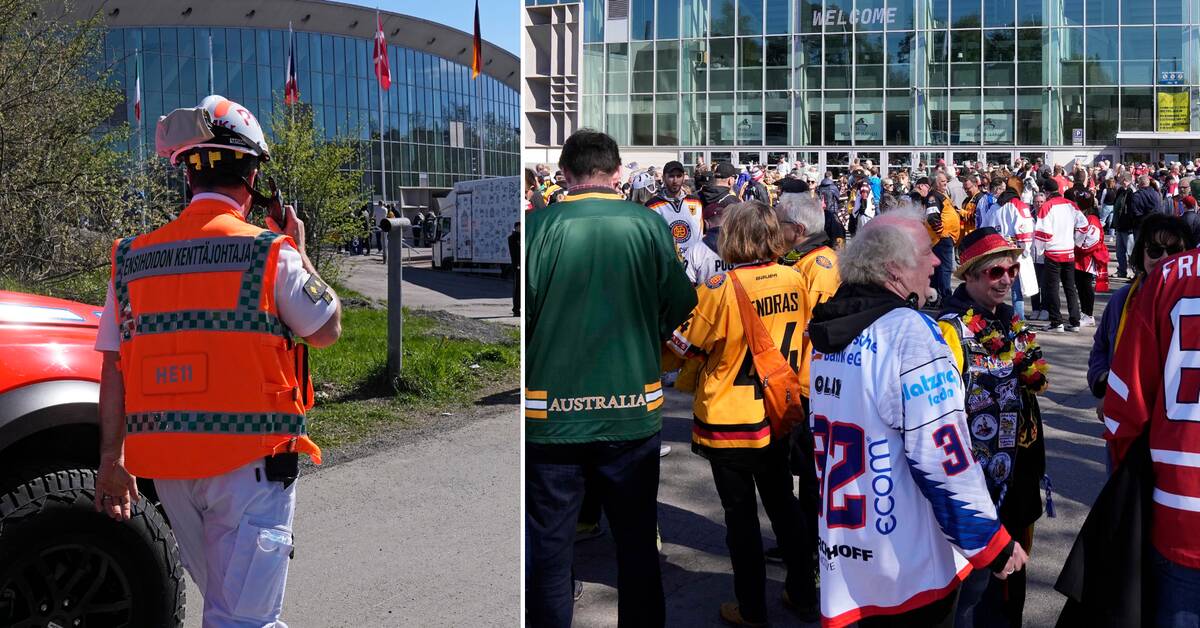 The organizer has announced that all people are safe after a fire broke out in the Helsinki arena.

It was just before the warm-up before the World Cup match between Denmark and Germany was to meet in a group match that the fire alarm in the arena went off.

The entire arena was later evacuated and fire engines arrived at the scene.

- There has been a minor fire in Helsinki's ice rink.

The arena was completely evacuated and rescue personnel were called.

The fire has now been extinguished and everyone is safe, the international ice hockey association IIHF writes in a statement.

Exactly when the match is supposed to be resumed is currently unclear.

The players of both teams had to leave the arena and sit outside in their match clothes and skates.

Denmark and Germany both stand on six points after three games played.

They are third and fourth in the group after Switzerland, first, and Canada, second.