5 coaches whose confidence has been shaken... and their departure is closer than their continuation

&nbsp;The confidence of five coaches in the ADNOC Professional League has been shaken, and their departure at the end of the current season is expected, in light of the leaks that emerged from some clubs starting to negotiate with new foreign coaches to take over technical responsibility in the next season. Next season is expected to witness a movement 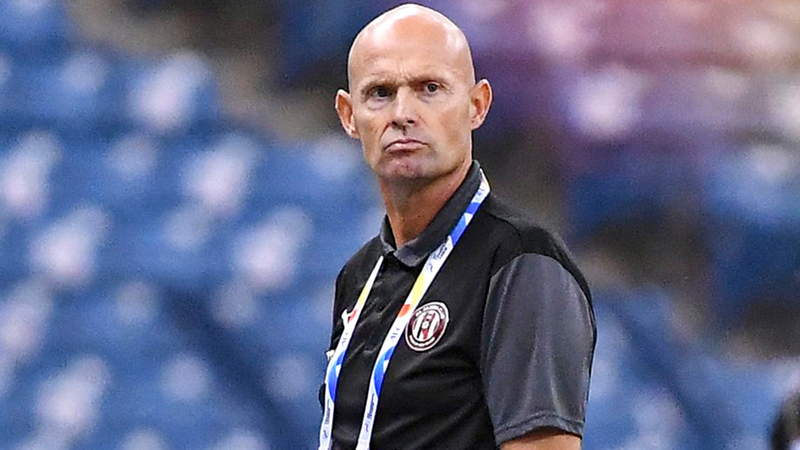 5 coaches whose confidence has been shaken... and their departure is closer than their continuation

The confidence of five coaches in the ADNOC Professional League has been shaken, and their departure at the end of the current season is expected, in light of the leaks that emerged from some clubs starting to negotiate with new foreign coaches to take over technical responsibility in the next season.

It is expected that the next season will witness a movement of wide changes at the level of coaches, especially with the presence of some coaches in their seats temporarily, such as Al-Nasr coach Salem Rabie, and Khorfakkan coach Abdul Majeed Al-Nimr.

"Emirates Today" highlights the most prominent coaches surrounded by rumors of leaving.

The continuation of the French Gregory to train Al-Wahda next season is in great doubt, in light of media reports that confirmed the club's management negotiations with more than one Portuguese coach to lead the team next season.

Despite the strong start that Gregory appeared on at the beginning of his assumption of the job, and his success in returning the team to the path of competition, the decline that the team appeared on, especially in the major matches against Al Ain and Sharjah, the loss of the League Championship title and the League Cup, then the postponement of the President’s Cup final And the difficulty of restoring the runner-up, things that made Gregory's departure imminent.

Confidence between Al Wasl coach, Brazilian Auder Hellmann, and the club’s fans was shaken like never before throughout the season, despite the team’s results in the league championship, but the fans continued to support the coach, hoping to compete for a championship, but the team left Empty handed from all competitions.

The fans' anger appeared against Hillman after the last Ajman match, following the 4-2 loss, as the club's supporters expressed their anger at the coach and foreign players, calling not to keep them, after they all failed to achieve part of the club's ambitions.

Al-Nasr coach, the national Salem Rabie, is close to leaving Al-Ameed Castle, especially after the assurances that came out to confirm that a German coach is on his way to train Al-Ameed next season, and that the new coach will watch the team’s last match in the league, to see the team’s level before taking on the task.

Salem Rabie assumed responsibility after the dismissal of Argentine coach Ramon Diaz, but he could not take the team beyond sixth place, despite the decline in the performance of all teams, except for Al Ain and Sharjah.

Although Al Jazira extended the contract of its Dutch coach, Marcel Kaiser, until the end of next season, the team's empty-handed exit from the AFC Champions League, its loss of the league title, and its failure to win either of the two cup championships made confidence in the coach shaken severely.

The negative results of the coach did not stop there, but Al-Jazira became largely outside the walls of the AFC Champions League next season, as it occupies fourth place with 45 points, six points behind the second-placed.

The Dutch coach only managed to win the Super Cup, at the expense of Al-Ahly youth, by winning on penalties.

The shares of Ittihad Kalba coach, the Uruguayan Jorge da Silva, decreased in staying with the “Tigers” next season, especially since the results achieved by the team this season did not live up to the level of ambition of the management and the fans, as the team suffered performance curves and results, until it arrived two rounds before the conclusion To the tenth place with 27 points, and it is also threatened to lose this position if it loses from Khorfakkan in their match next Sunday.