Five Eintracht fans arrested after a "massive fight" in Seville

Five fans of Eintracht Frankfurt have been arrested in Seville after altercations with fans of Scottish Rangers before the Europa League final between the two... 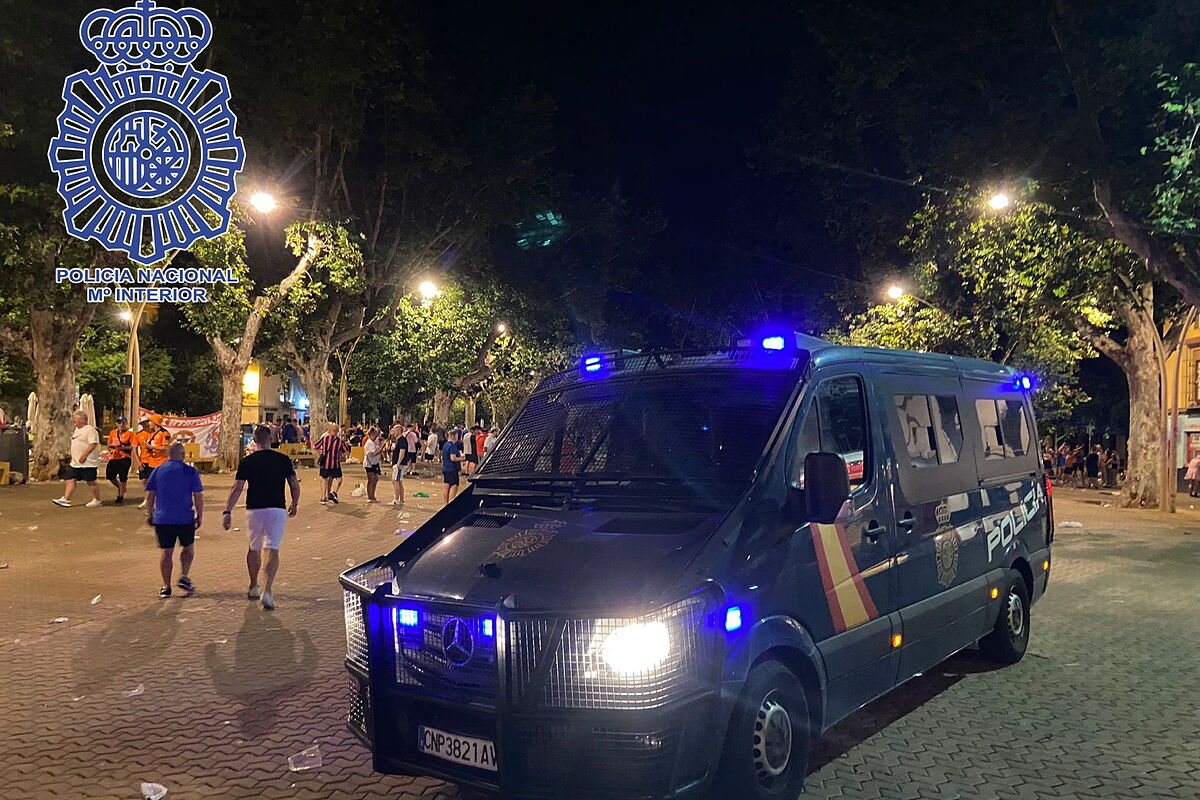 have been arrested in

after altercations with fans of Scottish

between the two teams, the Spanish police reported on Wednesday.

On the night of Tuesday to Wednesday "a massive fight took place in front of Seville cathedral", in which two hundred

supporters ", the police said in a statement.

German fans not only clashed with rival fans, but also "started throwing glass, flares and tables at the national police officers".

Police used riot gear to break up German fans, five of whom were arrested for "public disorder."

No injuries were reported in the clashes except for a Scottish supporter who suffered a concussion to the head, police said.

this Wednesday night in the

The authorities have arranged a large security device with more than 5,000 troops including police, private security agents and members of the health services.

On Tuesday, the coaches of both teams,

, had called on the fans to enjoy the final in peace.

estimated that some 50,000 German fans would come to

while the Scottish side also noted the presence of tens of thousands of fans.

had already starred in other altercations with fans of English