Lewandowski, Laporta's obsession to start a new era at Barcelona

“The president is obsessed with Lewandowski. And it is not something new or that it has to do with the fact that Haaland has signed for Manchester City. He has had it in mind for... 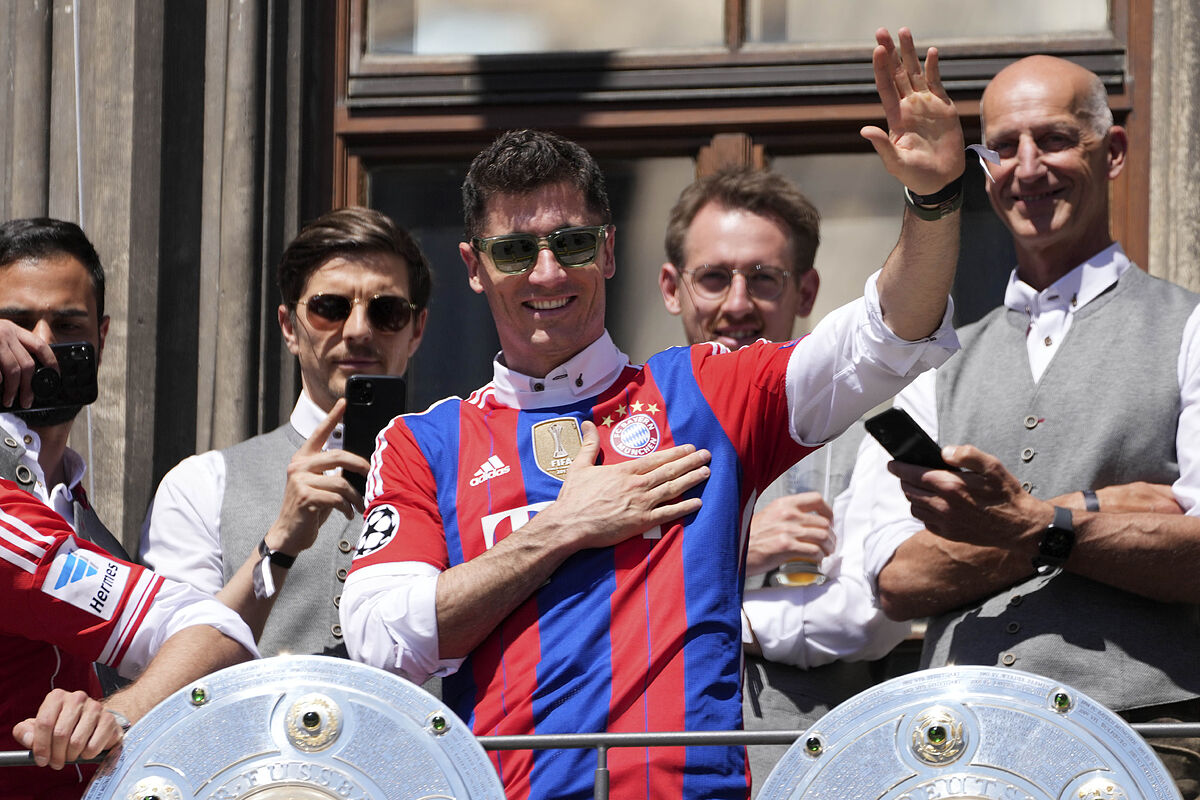 "The president is obsessed with

has signed for Manchester City.

He has had it in mind for a long time.

And he will do everything in his power to sign him ».

's firm interest in Robert Lewandowski, who will turn 34 in August, leading the new era.

The operation by the legendary Polish striker, of course, can neither be simple nor immediate.

Prudence is extreme in the offices of the Camp Nou, where they prepare an offer with which the veteran Israeli agent

(78 years old) can save the first barrier of the business: the opposition of that Bayern governed by

as sports director, and who insists that Lewandowski fulfill the remaining year of his contract.

Zahavi, who intervened on his day as an intermediary and commission agent in Neymar's flight to PSG, is an old acquaintance of Laporta in the football scheme.

Barcelona intends to lower the 40 million euros that Bayern has established as a border to let its franchise footballer escape a year earlier than expected.

For something Lewandowski has scored 344 goals in 374 games with the Bavarian shirt.

He is a mechanical footballer and persistent in physical preparation, capable of maintaining an average of 51 goals in the last three seasons, having already exceeded thirty.

Lewandowski did part of his job last weekend, staging a farewell with his fans on the same pitch and with his heart in his chest.

Also announcing, always conditionally, that "quite possibly" that game against Wolfsburg was the last with Bayern.

"We want to find the best solution for me and for the club," said the striker, taking care, yes, of talking about Barcelona.

And here the other big setback of the operation, the wage lace for Lewandowski, a footballer with an annual salary of 20 million euros.

Barça would offer him formulas to defer the salary.

scale to register two of its new additions,

The Danish central defender and the Ivorian midfielder will arrive at the Camp Nou this summer after completing their contracts with Chelsea and Milan.

New registrations still depend on the 1/4 or 1/3 rules established by LaLiga for clubs with the limit exceeded.

Meanwhile, Barcelona is working to sell 49% of Barça Licensing & Merchandising (BLM) to a consortium formed by Fanatics and Investindustrial, according to the specialized portal 2Playbook.

Still fallow the possibility of closing a tailored agreement with the CVC fund, Barcelona's sports management has already received instructions to lighten the wage bill as it may be.

This is where the possible sale of

Despite being a footballer that

Despite the fact that the interested party himself twists his face when they talk to him about leaving.

, the Barça club is still waiting for the French winger to make a decision regarding the last offer made by Barça.

In Getafe, the French winger did not even put on his boots.

, not knowing what to do with the loaned

, and waiting in the offices for some interesting offer for

, members of the Barcelona leadership are convinced of the need to incorporate Lewandowski to complete the attack alongside

, who has to recover the money lost this season,

whose end of the season has been disappointing.

They understand in the club that the Polish striker would allow the team to compete for titles again after three years in which they have only won one Copa del Rey.