23 days without an 'important' match, the tense calm of Madrid: "Playing is always better than having zero risk of injury"

Between the whistle that ended the Champions League semi-final second leg against Manchester City and the start of the final against Liverpool, Real Madrid will have experienced 23... 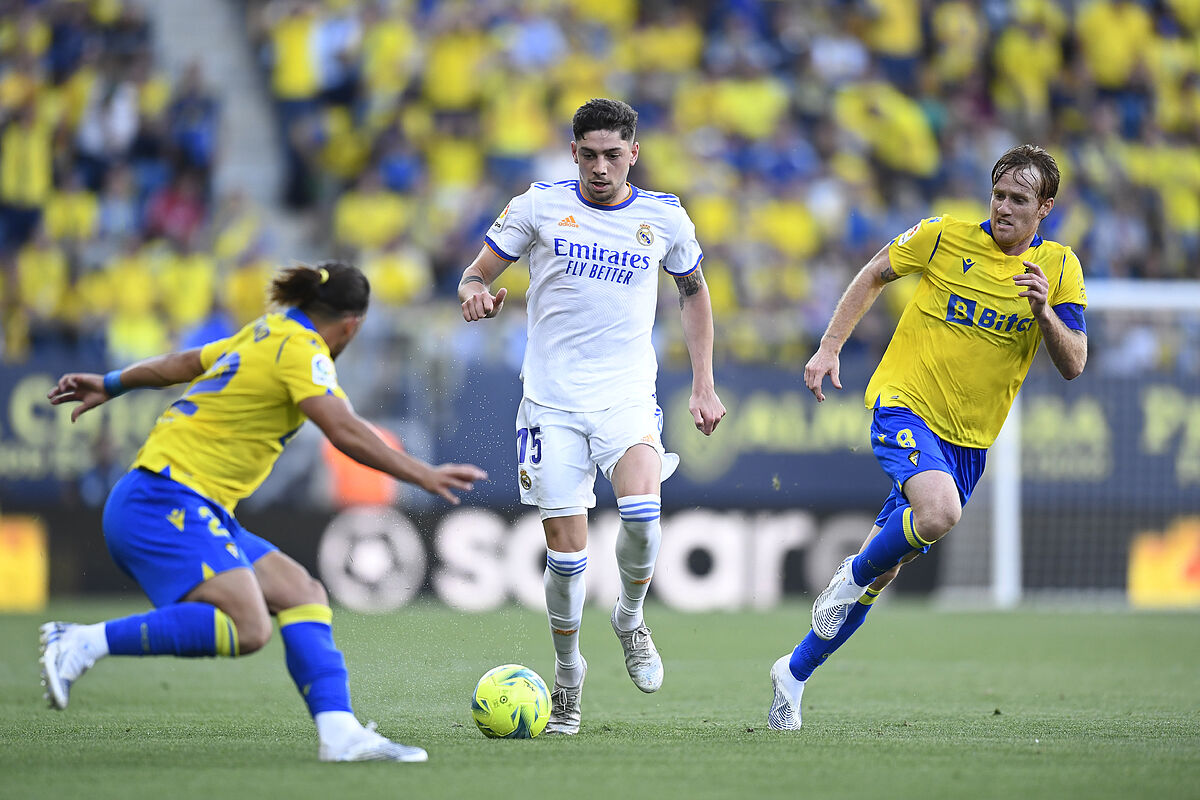 Between the whistle that ended the Champions League

and the start of the final against

of competitive relaxation for a

towards the duel at the

, to recover from injuries and to celebrate the successes of a season that has reached unexpected heights in October.

But how to maintain competitive tension without external stimuli for so long?

to manage the template

Is it better for Ancelotti

play it all or to rest for two weeks?

have taught us that everything is measured to the millimeter.

did not dispute a single second and that

entered the game at the time of the match instead of

'Tibu', Karim and Luka were starters, that

played the entire duel to achieve his first

entered the 75th minute for Valverde and that Casemiro, Carvajal and Militao did not jump onto the pitch.

That on Sunday Modric, Benzema and Vinicius did not travel to Cádiz, that Mendy and Camavinga did not get up from the band, that Militao, Casemiro and Kroos had ninety minutes, Valverde sixty and Carvajal,

It is the logic of Madrid's coaching staff, led by Ancelotti but conditioned and advised by the wisdom of '

, who last July structured a 10-month plan that now, in May, has the Madrid dressing room like a plane.

"We have to have

during these weeks," explained

, referring to the rotations and the importance of maintaining and achieving the necessary competitive tension to arrive in Paris in good condition.

But what do the experts say?

"The important thing is that they arrive"

"When you don't play anything, it's difficult to stay motivated, but it's very important because

if you have bad feelings or bad results, you have doubts

's physical trainer, among others .

"For the rest, going 24 days without having an 'important' match only has advantages. It is a month to plan the match, to recover from injuries and to remind yourself of strength and aerobic work.

I would not innovate too much

because in a month It gives you time to transform the physique of a team".

In that sense, if Madrid has shown anything in recent weeks, it is to have reached May in colossal form.

"I don't think that the fact of not having decisive games is going to reduce them when it comes to playing the final," says

, a coach who worked with

at Girona and Alavés.

"This type of footballer

does not need encouragement

. They are more than used to playing games with high competitive tension. The important thing is that they arrive, that they are available".

"Playing is better than avoiding risks"

dressing room on May 28 is not to have

, the biggest fear that exists in

, every detail and every pain is analyzed in the Real Madrid sports city to avoid muscle problems on the way to Paris.

. That you go with

less tension in a crash

and you have a joint problem... But there they will have more impact to keep them motivated," explains

adds: "When you expose yourself, when you play, there are always risks. Cádiz was playing for relegation and going

, and surely the Madrid players were not looking for that limit. But

staying active in the competition is more beneficial

from exposing yourself. If there is no discomfort, playing is always better."