It is a restart for basketball star Klara Lundquist after a tough year. With the longing for a Swedish Championship gold she misses and the desire for the next step in her career, but first she wants to recover from a rare illness. 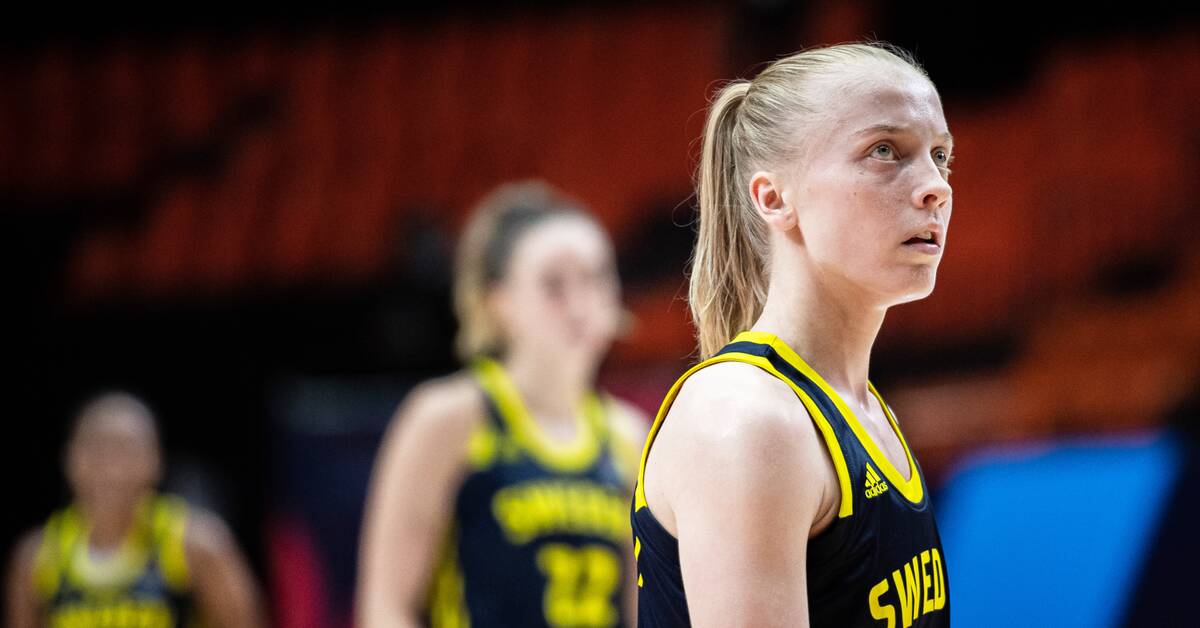 It has been three months since she was diagnosed with Graves' disease, a trying condition for an elite athlete accustomed to an energetic life.

It falls within so-called hypertereosis, the thyroid gland overproduces hormones, a body with the gas at the bottom and with severe fatigue as a result.

- The worst probably came when I moved home.

When I came back and started training with Södertälje.

It turned out to be a real slap in the face.

You get a very high heart rate, sometimes it was like pure heartbeat, she describes her tough winter.

She has started sneaking in training again in Täljehallen ("it's starting to feel good"), home to the Södertälje that she will play for in the women's league for the next two years.

Lundquist joined after New Year, the idea was that the 22-year-old national team guard would help the club already last winter, but she only had time to play twelve minutes in a league match before the disease stopped.

Broke with the professional club

It was the culmination of a tough season, which she started in Polish Arka Gdynia, a EuroLeague club she left during the season after fighting socially in the foreign environment.

- There were cute girls in the team and I got a big role, but it did not work with everything, for example keeping my studies at a distance, says Klara Lundquist, who experienced the same breakup once earlier in her young career.

That time, she left the French league and Montpellier, an acclaimed talent who felt homesick.

- Then I was probably not really mature for it.

Now she also had to deal with an illness that she probably may have carried for a long time and which also affected her game in Poland.

With the help of the doctors, the body begins to recover, she takes double medication and feels that the energy is slowly returning.

The gold miss is still gnawing

- A craving for basketball that has grown extra strong during the playoffs where she got to see her sister Anna Lundquist win Swedish Championship gold with Norrköping after a final series against Luleå.

Something that Klara herself failed with the season before after in a heartbreaking series with Alvik lost 2-0 to 2-3 in matches against Luleå.

- That still gnaws at me.

I have to make sure to win a gold in the future to be able to release it.

It was fun that Anna got to win, but she teased me a bit and pointed out that she got one before me, she says and smiles a little crookedly.

The goal now is to be back in proper shape by August and the national team gathering.

And then get a really good restart with Södertälje where the twins Elin and Frida Eldebrink and the national team center Louice Halvarsson are expected to join.

She even believes that the whole disease problem should bring something good with it.

- The doctors think that I can get even better now, that I have previously almost broken down my body with exercise.

I feel like I will be stronger than ever!