In the video.. Messi ignored the French league squad and his father opens the door for his return to Barcelona&nbsp;

There are many factors that linked Lionel Messi, the star of Paris Saint-Germain, to his return to Barcelona, ​​the last of which was his ignoring of the squad for the season in the French Football League, which was announced on Sunday. 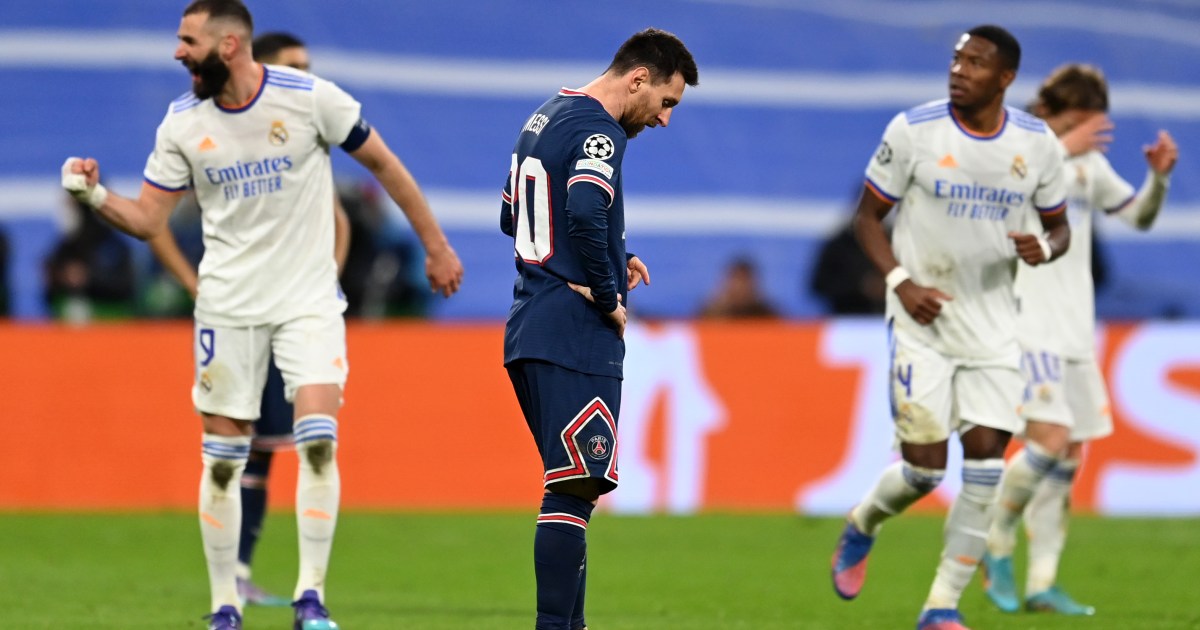 There are many factors that linked Lionel Messi, the star of Paris Saint-Germain, to his return to Barcelona, ​​the last of which was his ignoring of the squad for the season in the French Football League, which was announced on Sunday.

Messi's father announced that he "hopes" his son will return to Barcelona "one day", just 9 months after his departure from the Catalan team to join Paris Saint-Germain.

And the British newspaper, “Mirror”, said that Messi has not achieved the expected success since joining Saint-Germain in an exciting free transfer deal last summer, after Barcelona was unable to sign a new contract with him due to the rules of the Spanish League and the club’s financial crisis, as he scored 11 goals and 13 Only a crucial pass with the French club, which pales in comparison to those he scored with Barcelona.

Messi also faced public criticism and boos in the wake of the Champions League defeat to Real Madrid last March, which he was not used to throughout his career.

There were also reports that the Argentina captain was unhappy in Paris as his family struggled to adjust to life in the French capital.

All of this sparked speculation that Messi may not complete his contract with Saint-Germain, as he has one season left, in addition to the option to extend until 2024.

Jorge, Messi's father and agent, responded, during a television interview, to a question about his son wearing the Barcelona shirt again, and he opened the door wide by saying, "I hope (it will happen) one day."

👽 Out of this world.

Barcelona President Joan Laporta had also commented on the possibility of Messi returning to Barcelona, ​​but as a guest to visit the Camp Nou stadium on the occasion of its renewal.

"My communication with Messi is no longer smooth, but I would like Leo to be here with us during the opening of the new stadium," Laporta said earlier this year.

"The Camp Nou will always be his home. His departure to Paris Saint-Germain? We did what we had to do, I did not receive any message from Messi or his agents about the possibility of returning to Barcelona. From today, we will not raise this issue."

Ignore him in the squad for the season

And the last chapters of frustration that afflicted Messi in Paris, he was not chosen in the best squad in the league announced by the French Federation of Professional Players yesterday, Sunday, along with his colleague in Saint-Germain, the Brazilian Neymar.

The French Federation of Professional Players published a list of the 11 best players in the 2021-2022 season, which witnessed the presence of 4 players from defending champion Paris Saint-Germain, led by French star Kylian Mbappe, in the absence of Messi and Neymar.

The list of Paris Saint-Germain, alongside Mbappe, included Giannuelgi Donnarumma in the goalkeeper position, and in defense Marquinhos and Nuno Mendes.

This season is one of the least brilliant seasons for Messi and Neymar in years, Messi did not adapt quickly to the atmosphere of the French League, while the Brazilian missed long periods of the season due to injuries and did not perform much, and the two scored 18 goals together (12 for Neymar and 6 for Messi) 8 goals less than Their teammate and top scorer Mbappe (26 goals).

Mbappe won the award for the best player in the French league this season, to keep it for the third time in a row.