Those who witnessed it say that the influence that Luka Doncic exerted on his rivals when he landed in Spain at the age of 13 was such that they stayed so many times... 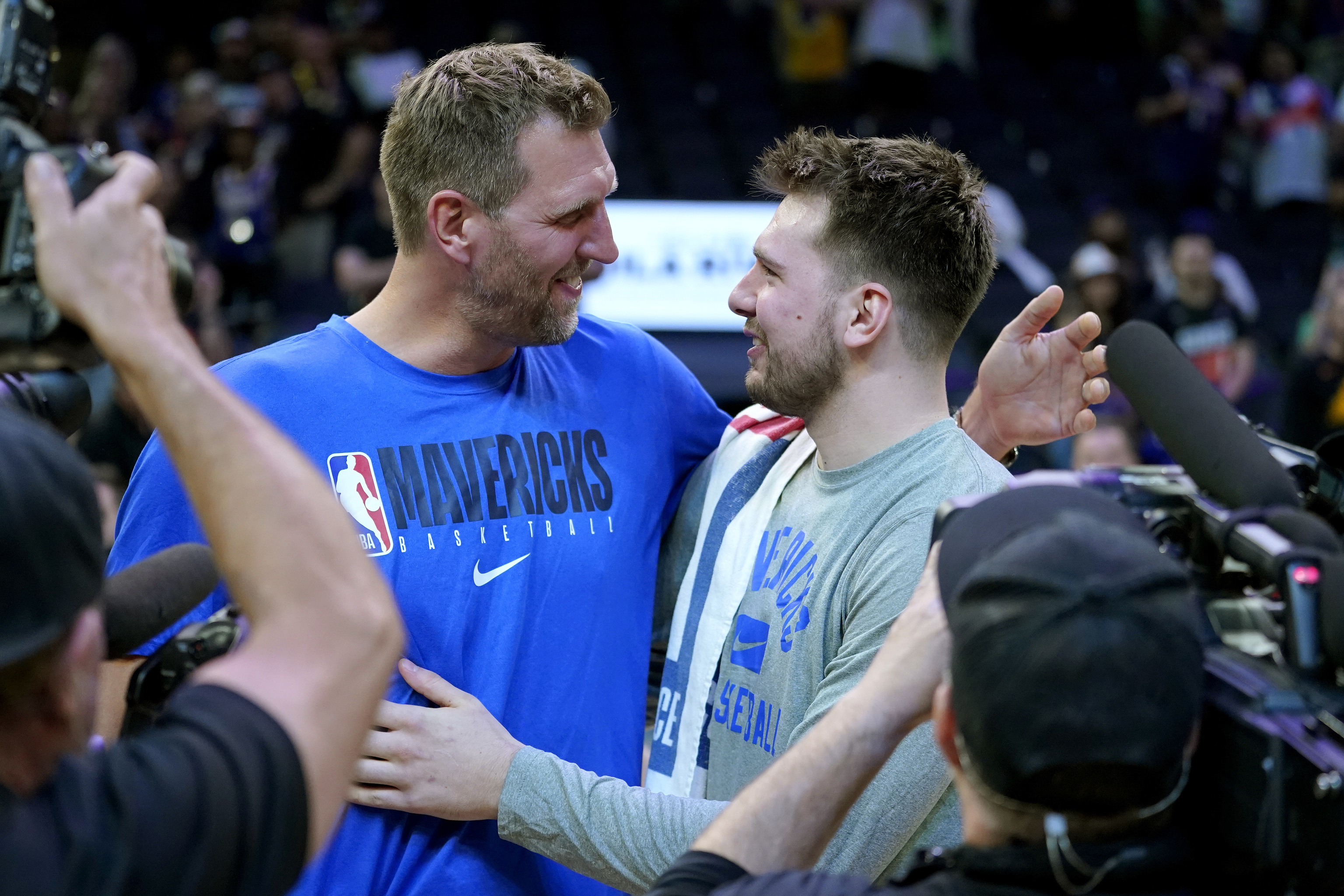 Those who witnessed it say that the influence that

exerted on his rivals when he landed in Spain at the age of 13 was such that they were paralyzed so many times before that blonde demon arrived from Slovenia, as if what they were seeing was not real.

A decade later, his prodigies devastate another world with the same precocity that dominated Europe and hypnotize until they humiliate on their own court what was presumed to be the best team in the NBA.

There is no limit for those who look into the eyes of the greatest in history.

Without complexes, with smiles, fun and talent, the seventh in Phoenix is ​​already a new milestone that advances with astonishing blows.

Starting on Wednesday, Luka and his Mavs will play the Western Conference final against the Warriors, against all odds.

Doncic will do it not as a complement to a great squad or as support for a shining star, but as the absolute leader of a group of players difficult to recognize by the average fan.

, none All Star by far, transformed and grown by the one who makes them exponentially better.

With that group as wild as it is low profile, they glimpse, in the background, the ring.

At 23 years old and in his fourth season in the best league in the world, in which he landed at 19, having already won the Euroleague with Real Madrid and the Eurobasket -in addition to the Olympic semifinals- with his small country.

Uncharted terrain for those who were legends at that point in their careers, Doncic became the unforgettable Sunday morning at the Footprint Center in the youngest in history to win a seventh game away from home scoring 35 points (his averages in these playoffs are 32.6 points, 9.8 rebounds and seven assists), commanding one of the biggest humiliations ever (they came to dominate by 46, ended in 33 with 90-123) against the team with the best record in the regular season (65 wins), the current runner-up, perhaps the favorite until the exhibition.

-who had several impotence scuffles with Luka-, with the command of the stage of who knew that it was a special night.

Like when four years ago in Belgrade he led Madrid to the conquest of Europe.

"I'm having fun, and when I'm having fun is when I play better. But today the whole team was incredible, I've never seen a performance like that in a seventh game and away from home," said Doncic, with his mind set on last year's defeat. against the Clippers in another seventh, and that once again revealed a capacity that makes him unique, that of leadership.

"He set the tone of getting everybody involved and taking the shots when they came," Kidd praised him.

Because it was not only an individual exhibition, it was the ability to involve the rest that led to the historic victory of the Dallas team before the complicit gaze of

, who 11 years ago also signed a similar feat: he defeated the Spurs in the seventh away from home and ended up winning the only ring in the history of the franchise.

"I'm very happy, you can't take the smile off my face. We deserved it," conceded his successor.

That collective profile, undoubtedly inherited from his European training, makes Doncic different from the legends to whom he shamelessly compares himself.

, for example, it took him a good handful of seasons to shake off his fame as an apostle of individualism to stop clashing with the Celtics and the Pistons and fight for the ring.

At 23 years old, Doncic, in what was his third year, he averaged a staggering 37.1 points per night, his best, but lost every game in the first round.

The following year he fell in second, the beginning of the Detroit curse, against which he would lose three times in a row, the last two in the East finals.

Luka, who was not even chosen to start this year's All Star, nor was his name ever in the discussion for the MVP that

won for the second time in a row (the Nuggets have already been eliminated), had already played the playoffs twice, although he had never passed the first step.

Parallels can be drawn with

, who in his fourth season guided the Cavaliers to the NBA Finals, though he was blown out by the Spurs.

with the Lakers, but always in the shadow of a

who dominated the NBA.

Beyond the suspicions of others that it is so difficult for him to get rid of, his weight, the irregular season of some Mavericks who transferred

in February , doubts about

, Doncic has once again demonstrated the immensity of his star.