Atmosphere in Arsenal: "There is no excuse"

Arsenal had everything in their own hands before the meeting with Newcastle away. But after a 2-0 loss, they are two points behind Tottenham in the battle for a Champions League place next season. This with one round left of the Premier League. - It's so painful. We had it in our hands, says Arsenal coach Mikel Arteta. 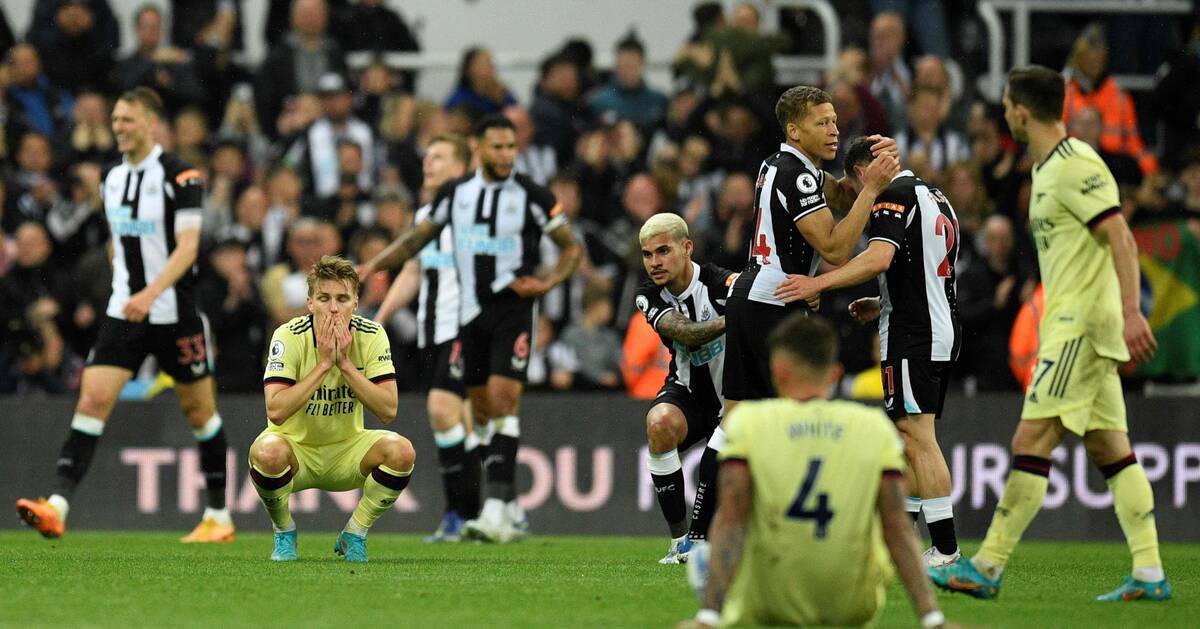 There was a cheerful atmosphere at St James' Park and the flags were waved among the home fans.

It was almost possible to touch the grief in the Arsenal camp.

The Champions League place has now fallen into the hands of the worst rival Tottenham.

- It is an extreme disappointment that Newcastle was ten times better than us.

We had nothing and there is no excuse because they were so much better than us, says Arsenal's very disappointed coach Mikel Arteta according to Sky Sports.

- The performance was not close to what it should be to play in the Champions League. I am incredibly disappointed, it is so painful.

We had it in our hands and now we no longer have it.

We have to beat Everton and then wait for Norwich to beat Spurs (Tottenham).

There is always a small chance in football, says Arteta and hopes for one last straw in the last round.

At the beginning of the second half, Ben White steered the ball into his own goal after an input, 1-0.

In the final minutes, Bruno Guimarães determined 2-0 after hitting a return and the joy was total in the arena - except for the visiting Arsenal fans.

There the sorrow reigned.

Before the final round, Tottenham are two points and 15 plus goals ahead of Arsenal.

Tottenham face Norwich away and need to play a draw to reach the coveted Champions League place, as fourth in the table.