Video- Cameroon legend Patrick Mboma converts to Islam and changes his name.. This is the reason for his conversion to Islam

Pictures and video clips documented scenes of the conversion of Cameroonian football legend Patrick Mboma to Islam, in a mosque in the capital, Douala. 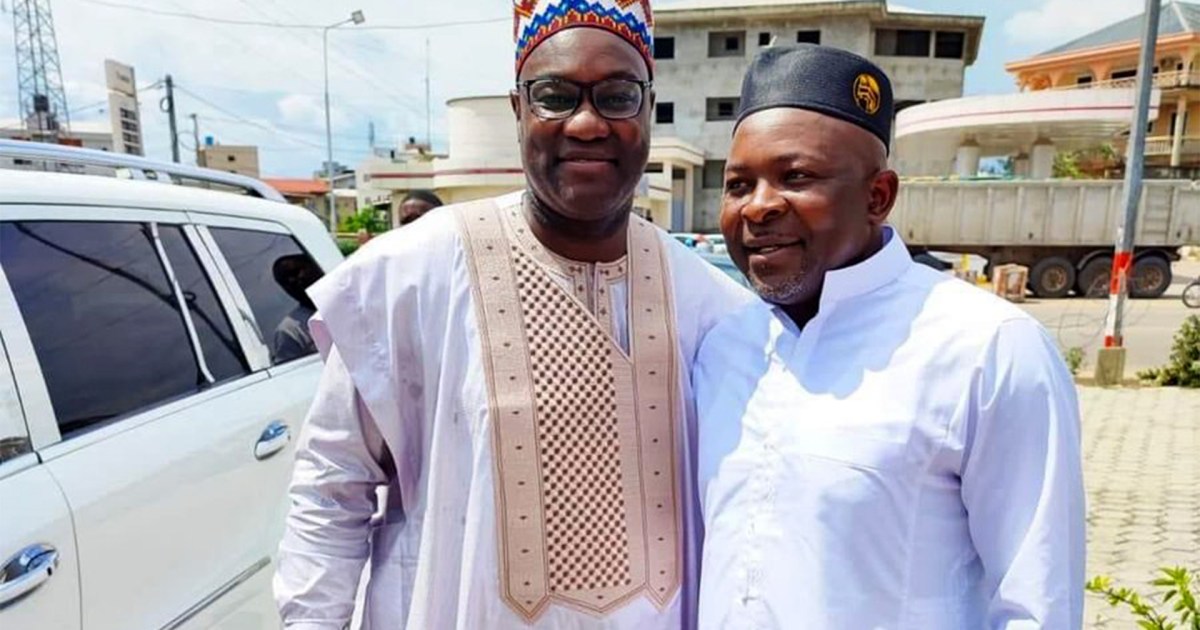 Pictures and video clips documented scenes of the conversion of Cameroonian football legend Patrick Mboma to Islam, in a mosque in the capital, Douala.

Mboma appeared on the pulpit of the mosque last Friday, while speaking to the audience, saying, "Peace be upon you." Then he made it clear that his name had become "Abdul Jalil Mboma" to respond to the audience with a shout of "God is great."

Mumba did not officially announce his conversion to Islam through his accounts on the communication platforms, but he confirmed to the "Yalla Koura" website the news of his conversion to his new religion on Friday evening already.

Some African newspapers reported that Mboma converted to Islam after months of studying Islam closely, before marrying Fatoumata Binta, the daughter of Osman Bah, a Guinean official.

Reports indicated that Islam forbids a Muslim woman to marry a non-Muslim, which prompted the Cameroonian star to study Islam until he followed it with conviction.

The 51-year-old has a busy career with football clubs, as he played in the colors of Paris Saint-Germain, Chateauroux of France, Gamba Osaka of Japan, Cagliari of Italy, Al Ittihad of Libya, and Tokyo Verde of Japan.

Mboma represented his country in 56 matches, during which he scored 33 goals. He also participated with the national team in the 1998 World Cup in France, and 2002 in South Korea and Japan.

Winning the gold in the Sydney Olympics in 2000, and winning the African Nations Cup in 2000 and 2002 are among the most prominent achievements of Mboma, who had a prominent role in winning the two titles, and won many individual titles as well, including the best African player in 2000.