Manchester City keeps the fate of the title in their hands, despite Mahrez missing a penalty

Manchester City kept the fate of retaining the title of the English Premier League football club in his hand, despite his success in overturning his 0-2 behind to a 2-2 draw on Sunday, in a match during which his Algerian star missed a penalty kick in the last minutes in the thirty-seventh stage competitions before the brother 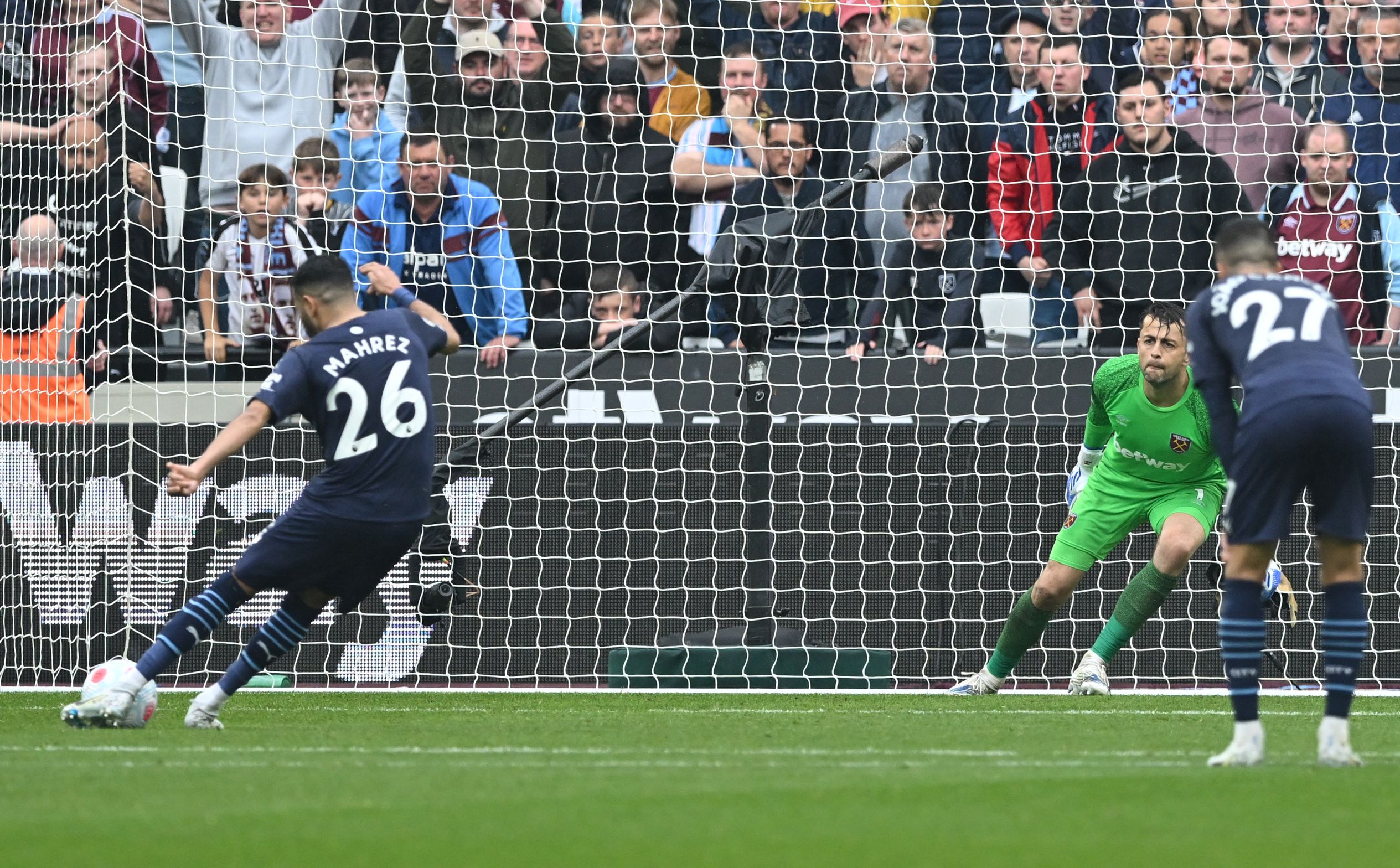 Manchester City keeps the fate of the title in their hands, despite Mahrez missing a penalty

Manchester City kept the title of the English Premier League football champion in his hand, despite his success in overturning his 0-2 behind to a 2-2 draw on Sunday, in a match during which his Algerian star missed a penalty kick in the last minutes in the penultimate thirty-seventh stage.

Manchester City remained 4 points ahead of Liverpool (90 compared to 86), who have a postponed match against Southampton on Tuesday before hosting Wolverhampton in the last round next Sunday.

As for City, he will have a home match against Aston Villa, if he wins it, he will be crowned champion regardless of Liverpool's results, and he will retain the title in the event of Liverpool losing on Tuesday.

At the Olympic Stadium in London, despite City's control of the game completely in the first half, it found itself behind with two clean goals, bearing the signature of Jared Bowen, who scored the first after he was singled out by Brazilian goalkeeper Ederson and overtook him before scoring in the empty goal (24).

In overtime of the first half, Bowen added the second goal, hitting the offside trap.

City threw all his weight in the second half and succeeded in reducing the difference through Jack Grealish (49), before West Ham's Czech defender Vladimir Koval scored the equalizing goal by an error in his own goal after a direct free kick by Mahrez (69).

Then there was a golden opportunity for City to collect the three match points and be on the verge of the title when Koval intercepted the Brazilian Gabriel Jesus inside the area, so the referee awarded a penalty after resorting to the video assistant referee “VAR” executed by Mahrez, but West Ham goalkeeper Lukasz Fabiansky blocked it brilliantly, saving his team from loss.

- Tottenham pressure Arsenal - Tottenham jumped to fourth place, two points behind Arsenal, in the heated battle for the last qualifying spots for the Champions League, with a difficult victory with a clean goal from a penalty kick by striker Harry Kane at its guest Burnley.

And Tottenham raised its score to 68 points, two points ahead of Arsenal, who beat Newcastle on Sunday, to prepare the battle to be decided in the final stage of the season next Sunday, when Arsenal receive Everton, while Spurs defeat Norwich.

And Tottenham defeated its guest Arsenal by three goals in the middle of the week in a postponed match between them from the twenty-second stage, to impose a fiery end to the season.

Although Chelsea III appears in a relatively better position, it is only two points away from Tottenham and realizes that there is no room for error in the last two games, Thursday at home against Leicester City in a match postponed from the 27th stage and finally when it receives Watford.

Arsenal is aware that it is in danger of continuing to miss the Champions League since the 2016-2017 season.

And if the season ends between the two rivals with equal points, the preference will be in favor of Tottenham, which has a goal difference of +24, compared to +11 for its London rival.

On the other hand, Tottenham increased the ordeal of Burnley, aspiring to remain among the top players, as his tally froze at 34 points from 36 games, in the seventeenth place, the first relegated, one point behind Leeds United in the seventeenth, after a 1-1 draw at home with Brighton.

Burnley has a postponed match from stage 18, which it will play on Thursday at Aston Villa, before concluding the season at home against Newcastle.

Kane almost opened the scoring, but the Irishman, Nathan Collins, removed his header from the line, before goalkeeper Nick Pope saved another header for the deadly striker.

The referee awarded a penalty kick to the owners of the land after resorting to the video assistant referee (VAR) after the ball hit Ashley Barnes.

Although the South Korean Son Heung-min is one goal behind the Egyptian Mohamed Salah, the Liverpool star in the race for the tournament's top scorer, Kane was the one who took the kick (45 + 8), successfully translating it for the 21st consecutive time, raising the number of his league goals to 16 this season.

The South Korean Bob was denied his 22nd league goal after the break with a superb save.

James Madison equalized for Leicester (18) in response to the opening goal for Watford from Brazilian Joao Pedro (6).