Kondratyuk's parachute jump, Medvedeva's companion and Malinin's quadruple axel: what is being discussed in the world of figure skating

American figure skater Ilya Malinin managed to cleanly perform a quadruple axel, and Mark Kondratyuk decided to skydive during his vacation in Dubai. Meanwhile, Alexandra Trusova told how she relates to the combination of romantic relationships and a professional career, and fans of Evgenia Medvedeva figured out with whom the skater spends her holidays in Bulgaria. What else is discussed in the world of figure skating - in the material RT. 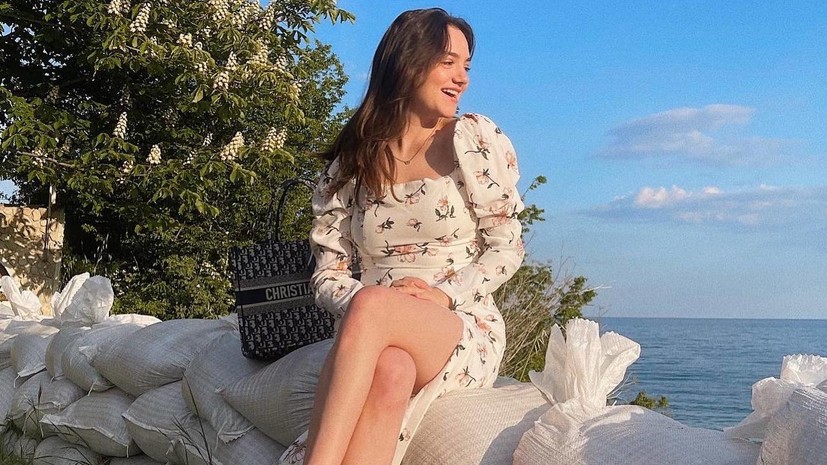 The most difficult jump of Kondratyuk

If during the competition Olympic champion Mark Kondratyuk strikes with quadruple jumps, then in the offseason he attracts attention with other achievements.

It turns out that the 18-year-old skater is a big fan of extreme entertainment.

In Dubai, where he spent his holidays, Mark tried out a zipline, descending in this way from one of the skyscrapers.

And later he went even further and jumped with a parachute.

“My most difficult ultra-c element in my sports career.

Was there a pre-rotation or a stretch between jumps?

— wrote Kondratyuk in the Telegram channel.

Discussions of the romantic relationship between Mark and Alexandra Trusova do not subside, which the athletes explicitly hint at by posting joint photos.

And the other day, an interview with Sasha was published on the Mokhovaya 9 YouTube channel, where she spoke, among other things, about her approach to personal relationships.

The girl noted that sympathy between people often arises when they spend a lot of time together, for example, study in the same university group or train with the same mentor.

Also, in her opinion, it is possible to combine professional sports and love.

“Before the Olympics, I would 100% say that it is not necessary.

It is necessary to forget about personal life and perform.

But after - it seems to me that it is possible to have a personal life and perform well.

The most important thing is to distinguish, ”said the skater.

She also once again spoke about her desire to master the five jump.

Alexandra admitted that she made attempts to complete five rotations both last year and this year, but this cannot be called full-fledged training of the element.

I have to fully train, not be distracted by anything and learn this jump, because it is really traumatic and there are nuances that I have to prepare ... There are days when you feel good, everything works out well, then maybe I go to something new.

And so, of course, I like to set new goals and achieve them, ”said the silver medalist of the Beijing Olympics.

Meanwhile, fans of Evgenia Medvedeva proved to be real detectives.

Recently, the figure skater shared on social networks photos from a vacation in Bulgaria, in which she is dressed in a dress with a floral pattern.

Fans immediately concluded that Zhenya was spending time in the company of Bulgarian singer Christian Kostov: a fragment of a picture of a girl in exactly the same dress appeared on his account on the same day.

In addition, on a short video that Medvedev published, a male voice sounds very similar to the artist's voice.

Young people have been friends for a long time - back in 2018, Medvedeva had a demonstration number for Kostov's song Beautiful Mess, with which he performed at Eurovision.

They also starred in several joint photo shoots, each of which only fueled rumors of a possible romance among figure skating fans.

Sinitsina and Katsalapov rest in Dubai

They decided to hold it in Dubai, where Kondratyuk, Trusova and Kamila Valieva recently visited.

In the UAE, the skaters found another ward of Eteri Tutberidze - Maurice Kvitelashvili.

If the first days the athletes slept off, sunbathed on the beach and just tried to regain strength after a busy season, then a little later, having saturated with energy, they went in search of adventure.

Vika shared a photo from the observation deck of the skyscraper and said that she does not feel fear even in panoramas and skyscrapers with a transparent floor.

“There are moments, of course, that it takes your breath away, but this is fleeting.

As a child, perhaps, like many others, I made huts on trees from various improvised means.

In short, since childhood I have not been afraid of heights and love extreme sports.

But I still didn’t dare to jump from a bungee, for example, ”said the athlete.

Alina Zagitova, meanwhile, said goodbye to the Maldives, where she spent the last week.

The figure skater was very impressed by the islands.

“It was great here!

Thank you, Maldives,” said Alina, heading to board the plane.

At the same time, her vacation is not over yet: the athlete said that she continues her journey, but she has kept her next destination a secret.

And Kamila Valieva went to Egypt after Dubai.

There she dived into the sea with scuba gear, went on a quad bike safari, rode a yacht and, of course, enjoyed the sun with might and main.

So, Ilya Malinin shocked the audience with a clean execution of the quadruple axel in training.

This is the first time that the most difficult jump was performed without any blots on landing.

Two-time Olympic champion Yuzuru Hanyu fought over a similar element for a long time and even inserted it into his Olympic programs.

But he did not manage to twist four and a half turns, eventually remaining below the line of winners in Beijing.

According to Alexei Yagudin, his roots helped Malinin to jump the quadruple axel.

Ilya is the son of Russian figure skaters Tatyana Malinina and Roman Skornyakov, who skated under the flag of Uzbekistan for most of their careers.

Malinin was born in the USA and represents this country.

“It doesn’t matter who he competes for.

The main thing is that a particle of Russian roots, among other things, helped him become the first to do a quadruple axel.

Of course, a lot is tied to work, to conditions for training, but what is instilled in you from birth also plays a role.

And it is much more valuable, ”Match TV quotes Yagudin.

Dress Kostornaya and sweatshirts from Stepanova and Bukin

Alena Kostornaya performed at the Evgeni Plushenko show in Kemerovo.

The 2020 European champion took to the ice to Sevara's song "There's no me there" in a new sky-blue dress.

It was sewn for the athlete by the designer Alena Kuklycheva, who has already made more than one outfit for Kostornaya.

She also designed the previous blue dress for the same issue, as well as a bright red suit for the cheeky show as Harley Quinn.

And Alexandra Stepanova and Ivan Bukin tried their hand at design themselves.

The champions of Russia have recently released a collection of branded sweatshirts with the image of their profiles.

The process was very painstaking and required special attention from our side!

First of all, quality was important for us... And, of course, we really wanted to make an interesting and concise print.

Thank you to everyone who, like us, has been waiting for this day!”

- Stepanova wrote in the Telegram channel.

The work of Tuktamysheva and Averbukh

The figure skater came to Moscow especially for this, where all the main work was carried out in a few days.

Now the program must be approved by the athlete's coach Alexei Mishin, and also decide whether to include a quadruple sheepskin coat, which the ex-world champion began to successfully perform in training.

As for the program itself, according to Averbukh, Liza will skate to the music of a Russian composer, written especially for her.

The details, according to tradition, have not yet been disclosed, but it is already clear that this will be a new experience for the Empress.

At the same time, the joint work of Tuktamysheva and Averbukh unexpectedly raised questions: did the skater decide to change her mentor.

Perhaps the reason for this was Ilya's recent statement about the beginning of a full-fledged coaching career.

However, these fears were dispelled by Mishin.

“This is some bullshit.

Goodbye, I didn’t hear this question, ”the coach told Match TV with a laugh.

At the same time, Averbukh plans to deliver new programs not only to Tuktamysheva, but also to other wards of Mishin - Evgeny Semenenko and Mikhail Kolyada.

In coaching, he promised to focus on educating dance couples, and not poaching established athletes.