Logic ensures that Fabio Quartararo won half the World Cup this Sunday. On the ground, Pecco Bagnaia, current runner-up, who is already 46 points behind in the general classification.... 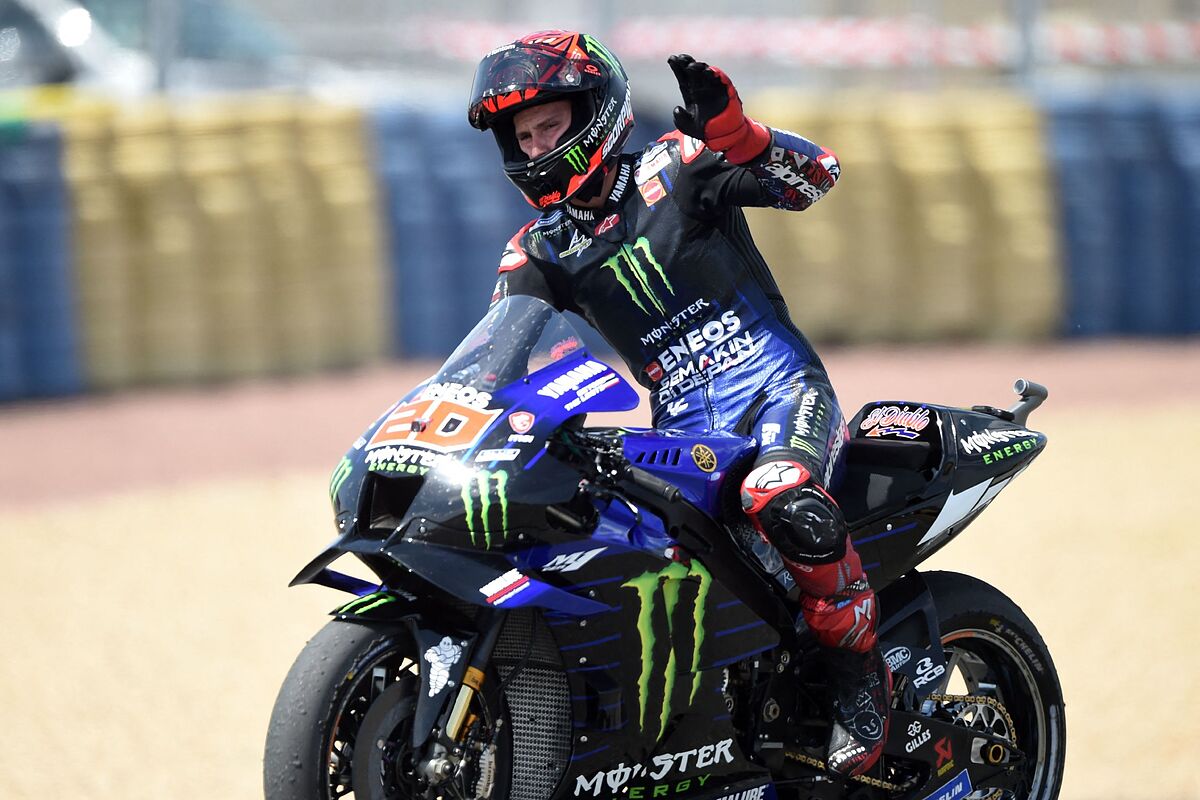 won half the World Cup this Sunday.

, current runner-up, who is already 46 points behind in the general classification.

And on the ground,

After Le Mans, Quartararo is the leader of MotoGP, very much a leader, and yet...

"No, I'm not the favorite by far," the Frenchman proclaimed this Sunday and at home, where he received a standing ovation from his fans for the last title, he was extremely angry.

His bike, that slow Yamaha, incapable of overtaking on the straight, drives him crazy.

"The only thing I do is not make mistakes. I don't know what I can do, I'm on the limit. I have a good rhythm, but if I don't have a clear track, I can't overtake, it's over. It's frustrating. That's why I don't feel like a favorite this year ", commented Quartararo, after not being able to get on the podium.

Ahead of him were those who seem to be his greatest rivals for the title: a very young rider,

, and a very veteran,

Both are the only ones who maintain the type and, although it seems unlikely that they will continue among the best at the end of the course, they continue to accumulate joy.

Bastianini celebrated the third victory of the year and the biggest of the Espargaró, his fourth podium finish.

Despite the fact that both are less than 10 points behind Quartararo, neither of them should worry him too much, but his current dichotomy should.

Disgusted with his Yamaha, he could threaten to leave him for upgrades, but... Where is he going to go?

's super contract and Ducati entrusted a good part of its budget to Bagnaia.

The French only have to get the best possible renovation and, with the future assured, claim and claim another engine.

"It's just that I haven't even ended up angry because I've gotten used to this," he said.

His entire race at Le Mans consisted of staying behind Aleix Espargaró and he was barely able to pass anyone.

If anything to Marc Márquez, who continues to hurt and, despite a good start, finished sixth.

As he commented, it is already impossible to consider him among the champion candidates.