Enea Bastianini, a 24-year-old almost debutant in MotoGP with a bike from last year, owned by a satellite team that was about to disappear a few months ago. And Alex... 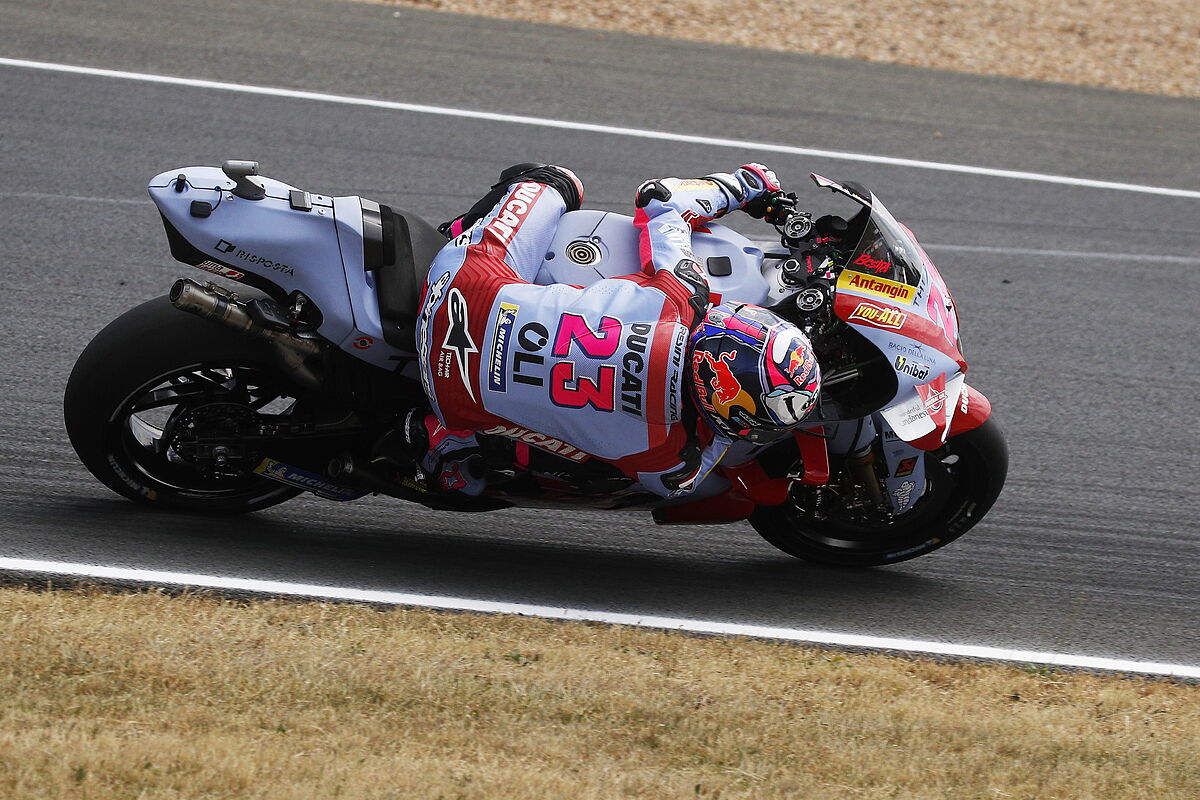 , a 24-year-old almost debutant in MotoGP with a bike from last year, owned by a satellite team that was about to disappear a few months ago.

, a 32-year-old veteran who had never won in the World Championship until this year and who rides the bike with the lowest budget in the championship.

They are the main rivals of

in the fight for the title.

They prove the irregularity of the generation that now rules motorcycling.

He doesn't need to be the best, he doesn't even need the best version of him.

With only one win and two podiums in seven races, Quartararo dominates the general classification with a wide advantage over those who should challenge him, that is,

This Sunday at Le Mans, at home, the Frenchman wanted to win and finished fourth.

Due to a terrifying start he came to be placed eighth, behind Márquez himself, and only the misfortunes of others placed him one step away from the podium, where he could not even climb.

Aleix Espargaró put up with him and snatched that place of honor from him;

victory went to Bastianini and second place to Miller.

The Italian's victory, the third of the season, highlighted the lack of champion contenders, especially in his brand, Ducati.

He was able to pass Miller without opposition, but what happened with Bagnaia, leader of the Italian factory, was especially bloody.

The young Bastianini overtook him and immediately afterwards Bagnaia went to the ground, alone, in a very slow curve.

Both, and Rins and Mir, who also crashed, left him free to win again, in an irregular course, in which he combines successes with races suffering to be among the top 10.

On the podium Bastianini celebrated with a full Espargaró while Quartararo lowered the blind of his garage.

The displeasure of the Frenchman was contrary to the progress made to become champion again this year.

He wanted to win and ended up annoyed again with the top speed of his Yamaha, but in reality it was a remarkable day for him.

Taking into account the difficulties that Aleix Espargaró and Bastianini will supposedly have, due to their circumstances and those of their teams, to keep up with them during the season, their advantage is now exaggerated.

Rins is already at 33 points and Bagnaia and Mir, at 45 points.

In Le Mans it was proven again that the irregularity of his generation elevates Quartararo.