At the wheel of the Volkswagen ID.5, its most 'chic' electric

After the compact ID.3 (called to be the successor to the Golf) and the global SUV ID.4, Volkswagen has just introduced the ID.5, its third genuinely electric model (ie... 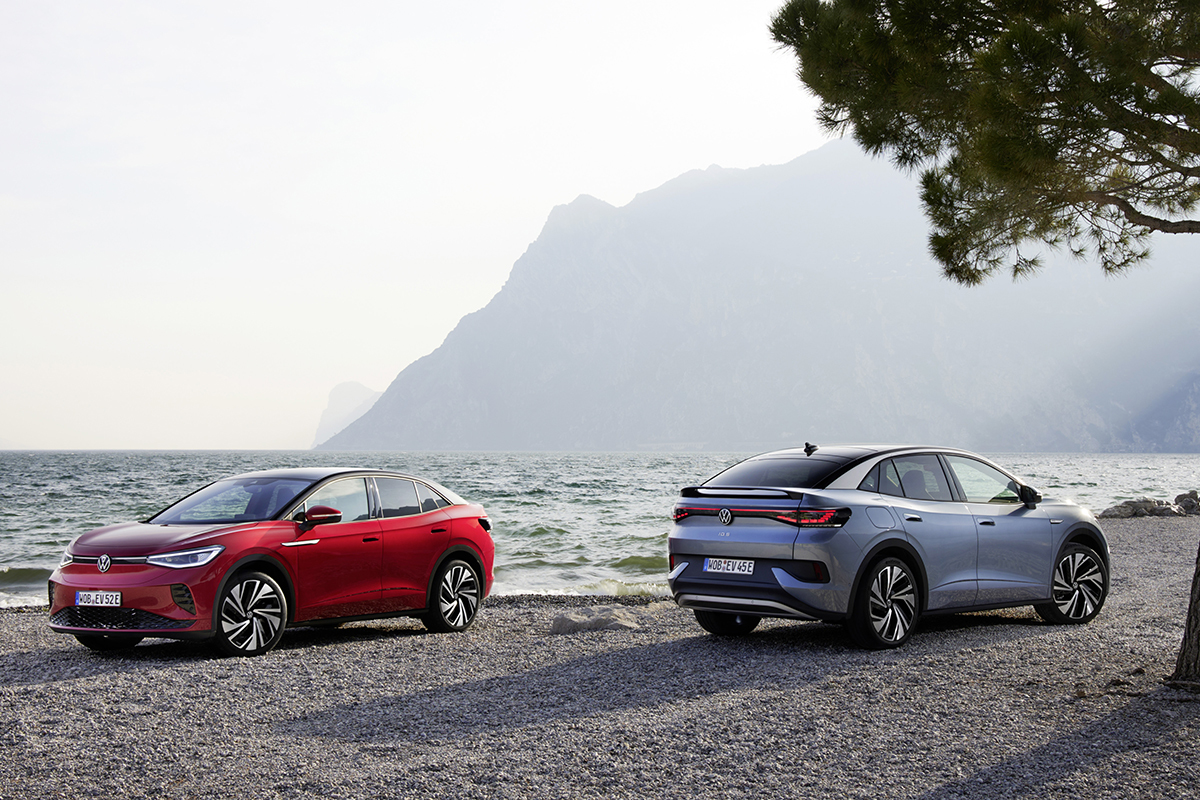 (called to be the successor to the

) and the global SUV

, Volkswagen has just presented the

, its third genuinely electric model (that is, born from the beginning as such) and, more specifically, the coupe version of the second of those models.

of all the group's brands have already come out.

'Normal' version and the GTX

The Volkswagen ID.5 is a model with

a premium design and finish

that points to the top of the electric segment, with the

You only have to see the price of the access version (

) to realize that the ID.5 aspires to a more select clientele than usual for the brand.

Even more so if we talk about the

, the sportiest and most performance version (available in Spain

, near the border with Germany and at the foot of the Eastern Alps.

It has impressed us with its

Although it uses the same

77 kWh battery as the

(one per axle) that provide

, a total output of

and a torque of

which is available almost instantly, allowing you to accelerate from 0 to 100 km/h in just 6.3 seconds.

The weight of the set is high (

The maximum speed of

is electronically limited, which seems to us to be

a success in trying to improve road safety

(the Pro and Pro Performance versions are limited to

With these attributes, the ID.5 GTX promises an

in the less powerful versions) with an average consumption of

, although during the test we did not get below an average of

, which would reduce the effective range to just

under 450 km in real driving conditions

The good news is that, thanks to state-of-the-art

This saves us up to nine minutes to charge

in any DC fast charging station.

According to Volkswagen, with this charging speed, the ID.5 Pro and Pro Performance take

to achieve a range of 390 kilometers, while the ID.5 GTX takes

up to 11 kW with a fixed Wallbox

installed in the garage at home or at work.

On the outside, the ID.5 is very similar to the ID.4, except for

the sloping roofline on the C-pillar

In addition, the GTX version is finished off at the rear by a discreet

that does not protrude from the dimensions of the car and also accentuates the sportiness of the model.

are also larger and house

Otherwise, the ID.5 has virtually identical dimensions to the ID.4 (almost

with a wheelbase of almost 2.8 meters).

Inside, the main (and almost only) difference from the ID.4 is the

screen of the infotainment system

, which in the ID.5 is larger and reaches

Like all electric Volkswagen models, the SUV coupé is equipped with the

, a band of light located under the windshield that communicates with the driver by turning on and changing color in case of danger or during navigation.

In addition, it offers an optional

with augmented reality and voice control.

so that the system can plan charging stops on its own without the driver having to do calculations.

In addition, as a novelty of the latest generation 3.1 software, the ID.5 incorporates the most advanced driving assistance systems such as

with real-time traffic data and the new

with memory function so that the car

park only in the garage

The driver only has to park once and save the parking maneuver so that the vehicle learns it for future times.

The upholstery materials vary depending on the version, but they are all

As for the seats, they are very comfortable and support the body well, especially in the GTX version, which offers a combination of textile and synthetic leather for the upholstery, made in part from recycled materials.

Despite the greater slope of the roof,

the cabin is as spacious as that of the ID.4

and is comparable to that of a conventional SUV of a higher segment.

absence of the transmission tunnel

in the ground means that traveling in the center is not as uncomfortable as in an internal combustion vehicle.

Finally, depending on the position of the rear seat backrests,

is already on sale in Spain

and the first deliveries will be made during the month of May.

rear-wheel drive and up to 514 km of autonomy

without discounts or campaigns, although with offers and the aid of

(7,000 euros if an old car is scrapped ) the final price can approach

, which is not bad for an electric vehicle like the ID.5.

version , also with rear-wheel drive and 514 km of autonomy, is available from

version that you see in the images is priced at

without discounts or aid.