Not a cause for concern: why raising the age limit will not affect the position of Russian figure skaters

In early June, the congress of the International Skating Union will take place, the key issue of which will be a gradual increase in the age limit in women's single skating from 15 to 17 years. On the eve of the event, the report of the medical commission of the organization was published on the official website of the ISU. It lists the reasons explaining the need for such a decision. Will the changes be able to shake the dominance of Russian figure skaters in the international arena and how innovations will affect the progress of this sport - in the RT material. 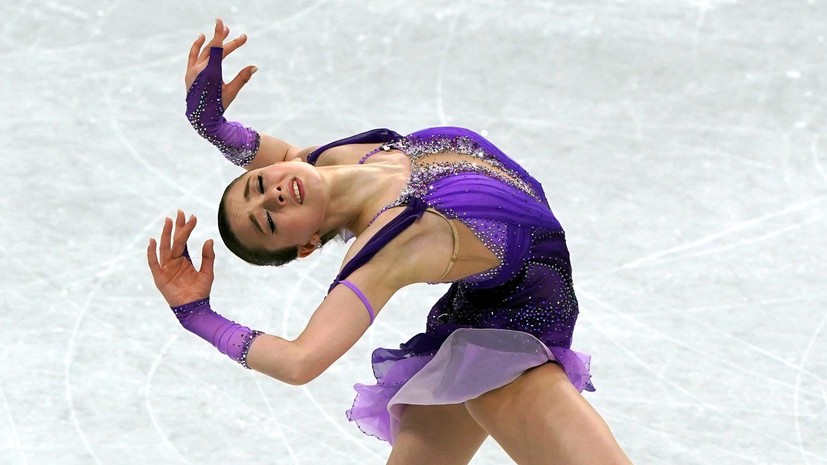 Alexander Rafailovich Lakernik does not give interviews, and it is a pity.

Who, if not the first vice-president of the International Skating Union (ISU), who, as is commonly believed, is responsible for absolutely all processes occurring in world figure skating, could tell about the mechanisms for making internal decisions?

For example, about whether women's single skating had a chance to avoid the forced age limit on the lower bar and, if so, what prevented it from being used and thereby avoiding a rather tangible blow to Russia's interests.

Our country certainly had them.

The Russian Figure Skating Federation has been sharply opposed to age-related innovations ever since the idea began to soar in the air.

“We have repeatedly stated that our federation is categorically against raising the age limit, and we are ready to argue our position again,” these are the words of the President of the FFKKR, Olympic champion Alexander Gorshkov, which he repeated over the past few years.

Personally, Lakernik explained his position to me simply: they say that each of his public words becomes the subject of proceedings in the international federation and turns into a lot of problems.

It sounds, admittedly, strange: who, if not the highest leader of his kind, should determine the public information policy?

Although the conversation is not about that now.

Let's just think for ourselves.

The first question: why did they raise the age bar?

The ISU's argument that allowing minors to compete "is likely to expose them to stress and risk" here seems far-fetched and actually anecdotal.

According to this logic, athletes should immediately be banned from performing in pair skating, because there it is quite possible for partners to fall from supports, and upside down.

Not a single figure skater, moreover, begins to learn elements of ultra-c at the age of 14-15.

All this happens much earlier and is fraught with the same burdens that the ISU bosses suddenly wanted to protect the tender girls from.

The version that the world of figure skating is simply tired of the fruitless struggle with Russian single skaters looks much more real.

It's completely normal, by the way.

When the total dominance of one country arises in a particular sport, the international federation simply has to think about how to strike a balance and find an “antidote” for the leader.

And almost always the proposed measures are of a violent nature.

For the sake of this, the rules and regulations are changed, the number of quotas is limited to a minimum (as has been happening in world synchronized swimming for many years).

At the same time, such measures are not always taken against Russia.

In the same diving, for many years now, a proposal has been considered to limit the number of participants from one country (read - from China) in the finals of major tournaments.

Perhaps the decision at the ISU level, under a certain set of circumstances, could be postponed for another four years, but there were several points not in favor of Russia at once, the main of which was the scandal with Kamila Valieva at the Beijing Olympics.

Within its framework, it was too clearly demonstrated to the world community how grandiose the scale of problems can arise around a child in adult sports, and it was hard not to come to the conclusion that children have no place in it.

The second point could well have been a purely bureaucratic hitch: in order for Lakernik to retain his post, the Russian side put forward a proposal at the ISU congress to raise the age of candidates for leadership positions from 75 to 80 years.

For those who are familiar with the internal mechanisms of international federations, where for the sake of certain interests one always has to sacrifice something, it immediately became clear that the fate of single skaters is a foregone conclusion: it would be too naive to believe that both decisions can be made in favor of Russia.

Question two: is the increase in age in women's singles capable of throwing this type back into the era of pre-quadruple jumps?

More likely no than yes.

In this regard, an example from swimming is quite indicative: in 2009, high-speed overalls were banned for competitive use, which at that time were unofficially called technical doping.

The general trend of statements then was that in a number of disciplines there will never be world records again.

But the fear quickly dissipated: now 29 of the highest achievements out of 40 have nothing to do with the era of overalls - they were all installed much later.

Another question is that quadruple jumps, so famously mastered by young Russians in recent years, will most likely cease to be a system.

It is possible to perform such an element in adulthood only with a technique that is close to ideal: only in this case, a change in body parameters will not break the jump and will not cause serious injuries.

Perhaps only two athletes possess such qualities in Russia at the moment - Liza Tuktamysheva and Alexandra Trusova.

Everyone else (and even Kamila Valieva, who has outstanding jumping power) jumps are strongly tied to teenage conditions.

Moreover, those who are able to “steal” turns on the ice, actually performing not four, but at best 3.5 turns, have the advantage first of all.

It becomes much more difficult to pull off such a trick in adulthood.

But high-quality quadruple jumps in women's performance should not become a mass phenomenon - as the quadruple axel has not yet become in men's single skating.

The first such jump, absolutely twisted and with an excellent departure, was recently performed and posted on the net by the American singles skater Ilya Malinin, although many masters, including two-time Olympic champion Yuzuru Hanyu, had been unsuccessfully fighting for the axel for many years.

At the same time, it doesn’t even occur to anyone to say that the absence of an axel of 4.5 turns as a mass phenomenon impoverishes men’s sports.

In fact, by taking a course on raising the age of female athletes, the ISU is simply taking another step towards avoiding a skewed difficulty/quality formula.

After all, it is already clear now that quadruple jumps by themselves will not go anywhere from women's skating: firstly, the window to the jumping world of a new generation has long been broken, and secondly, there are already many examples now that indicate that quadruple jumps are completely unnecessary should be reserved for minors.

And it turns out that there are no reasons for frustration at all.

Yes, women's skating will change after the introduction of the new rules.

But who said that this would make it less interesting?

And certainly Russian single skaters will be able to maintain the positions they have now.