Arnold: Jordan's friendly is an opportunity to prepare for the most important month in the history of the Australian team in 4 years

The Australian national team coach, Graham Arnold, described the friendly match against Jordan, scheduled for the first of next June, as an appropriate opportunity to prepare the "kangaroo" for the most important month in the team's history (as he described it) during the four years in which the UAE team will face on the seventh of the same month. 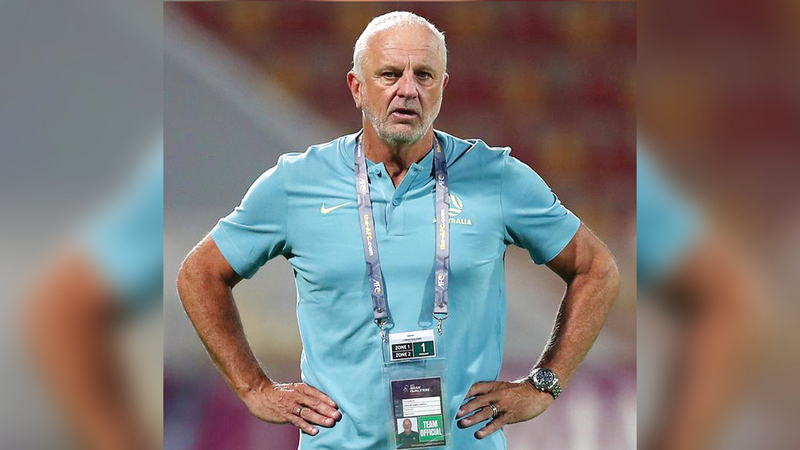 Arnold: Jordan's friendly is an opportunity to prepare for the most important month in the history of the Australian team in 4 years

The Australian national team coach, Graham Arnold, described the friendly match against Jordan, scheduled for the first of next June, as an appropriate opportunity to prepare the “kangaroo” for the most important month in the team’s history (as he described it) during the four years in which the UAE team will face on the seventh of the same month at Ahmed Stadium. Bin Ali (Al Rayyan Stadium) in the Qatari capital, Doha, to calculate the Asian play-off qualifier for the play-off match in the FIFA World Cup final qualifiers.

The coach confirmed, in statements published by the official website of the Australian Federation yesterday, that he hopes to benefit from the friendly confrontation to prepare his players before the hour of truth strikes in front of them on the seventh of June against “Al-Abyad” after his players had lost the opportunity to qualify directly for the World Cup after occupying third place in the group behind Saudi Arabia and Japan respectively.

Graham Arnold is currently touring European stadiums in order to stand up for his professional players with most of the competitions entering the decisive stages, before the official announcement of the final list of “Kangaroo” at the end of this month, at a time when the coach faces some criticism from the fans because he does not have support Some rumors indicated that the Australian Federation was going to sack him after the match against Saudi Arabia in the last round of qualifying.

The Australian squad includes a group of resonant names that are active in European leagues, such as Tom Rogic, who is preparing to celebrate with his Celtic team the Scottish League title, as well as the French team Toulouse player, Denis Girono, who was crowned last Saturday with his team in the second division title, and the player scored an expensive goal. In front of Nim Olympique to lead him to the victory that secured the title

The coach will have the opportunity to stand on the level of his player Agden Hrocic in the European League final against Glasgow Rangers, scheduled for next Wednesday, and in contrast, the German St. Pauli team player, Jackson Irvine, was close to competing for a qualifying seat for the qualifying playoff for the German League “Bundesliga” before losing the opportunity. .

The "Kangaroo" struggled during the current qualifiers to avoid the match in its path towards qualifying for the sixth time for the World Cup, but it achieved modest results that led it to the play-off after winning four matches, drawing in three and losing the same, and finished the qualifiers third with 15 points, one point ahead of the national team. Omani who was close to the annex.

For his part, the head of the Australian Federation, Chef Johnson, said that Qatar is a familiar place for the Australians and that they have previously played some matches there, noting that the scenario of the Asian and global attaches is a sudden death, and that coach Graham and his players must do everything they can in order to win. In the two meetings and get a qualifying card.

Johnson said in his statements to the Australian newspaper, Football, that coach Graham will have a good opportunity before meeting the Emirates with the return of some players to the squad after their absence in previous rounds, such as the trio Tom Rojic, Aaron Mooy and Riley McGarry, adding: “The team can become stronger with their participation and they may make the difference.” ».

It is noteworthy that Australia's friendly match against Jordan is the third between the two sides in recent years, as the two teams met twice during the preliminary qualifying period for the World Cup, and the "kangaroo" won in the two matches, and the Australian fans wished themselves to qualify for the World Cup to avoid being absent for the first time from the world scene since the finals it hosted. South Korea and Japan in 2002.

• The UAE will meet Australia on the 7th of next month in Doha as part of the 2022 World Cup qualifiers.