Tony Yoka: "A special flavor in the ring against Martin Bakole"

Tony Yoka faces Martin Bakole, this May 14, 2022 in Paris. For the French boxing star, this fight against a Congolese – his father's country of origin – will be a bit special. "I can't see myself going back... 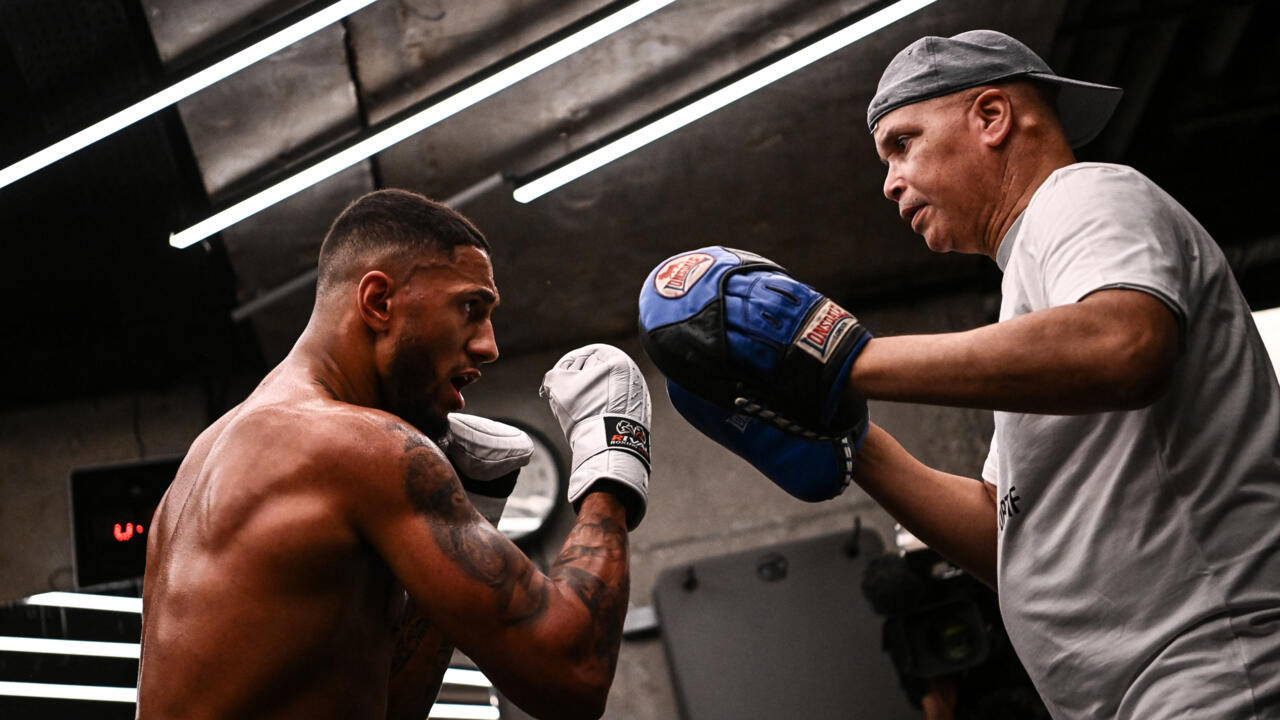 Tony Yoka: "A special flavor in the ring against Martin Bakole"

For the French boxing star, this fight against a Congolese – his father's country of origin – will be a bit special.

RFI: How do you feel before this fight?

We did a very big preparation for this fight.

I'm starting to miss the ring.

We couldn't organize this fight in January [because of restrictions linked to Covid-19, editor's note].

It's been eight months since I boxed, since I left my audience at Roland-Garros [victory against Croatian Petar Milas, editor's note].

You were originally supposed to face Cameroonian Carlos Takam.

Where do you place the Congolese Martin Bakole compared to Carlos Takam?

I don't like to make comparisons between boxers, because it's always different.

We said we were aiming for the Top 10 and we're getting closer.

What can you tell us about your opponent?

Frankly, he is strong!

He is tall and slender.

He is very powerful and hard on evil.

I know he's going to give me a hard time.

It will be necessary to be wary of him until the end of the fight.

How can you get him in trouble?

I think my explosiveness will make the difference from the moment I start chaining combinations and shots.

I know I can put him in trouble at that time.

You could face Croatian Filip Hrgovic for a heavyweight semi-final at the IBF.

Is the disappointment still there?

The disappointment is over.

We had to refocus for this fight.

The higher you go in the rankings, the more opportunities there are.

I am currently ranked 16th in the world.

I was offered the European belt.

I know that opportunities will continue to come to me if I do my job.

Do you still blame Martin Bakole for insisting that this fight take place when you had this opportunity against Filip Hrgovic?

No, we're not going to say that I don't blame him, but I moved on.

Do not waste energy thinking about something else.

This fight will be very popular in Africa, because you are of Congolese origin, like Martin Bakole.

Are you attached to this?

Of course, I can't see myself going back to Congo after losing this fight!

I know that he is very followed in the DRC.

There will be a special flavor Saturday night in the ring.

You said that the support of a country is important for a boxer.

We never refuse a new force.

More generally, in Africa, the support is different.

The last time I was there was in January, in Cameroon, for the African Cup of Nations.

We feel that the support is different there, that the fervor is stronger.

It's something you feed on as an athlete.

Is fighting in Kinshasa still topical or no longer on the agenda with the deadlines that await you?

It is still relevant.

We are even in it!

I am in full preparation and I think it will be done within a year, maximum.

How are you going to convince a well-ranked opponent to come and face you in Kinshasa where you will undoubtedly have the support of the public?

I can't tell you more at the moment, but if George Foreman managed to come to Kinshasa in 1974 to confront Mohamed Ali, I don't see why people wouldn't come.

Especially since sub-Saharan Africa is organizing more and more competitions.

Africa is truly the continent of the future, whether in sports or otherwise.