This is the new unexpected leader: climber, from Betis and as funny as Joaquín

At the Kometa concentration, in Oliva (Valencia), on the first weekend of February 2019, the reporter sneaks into training and asks who is the runner of... 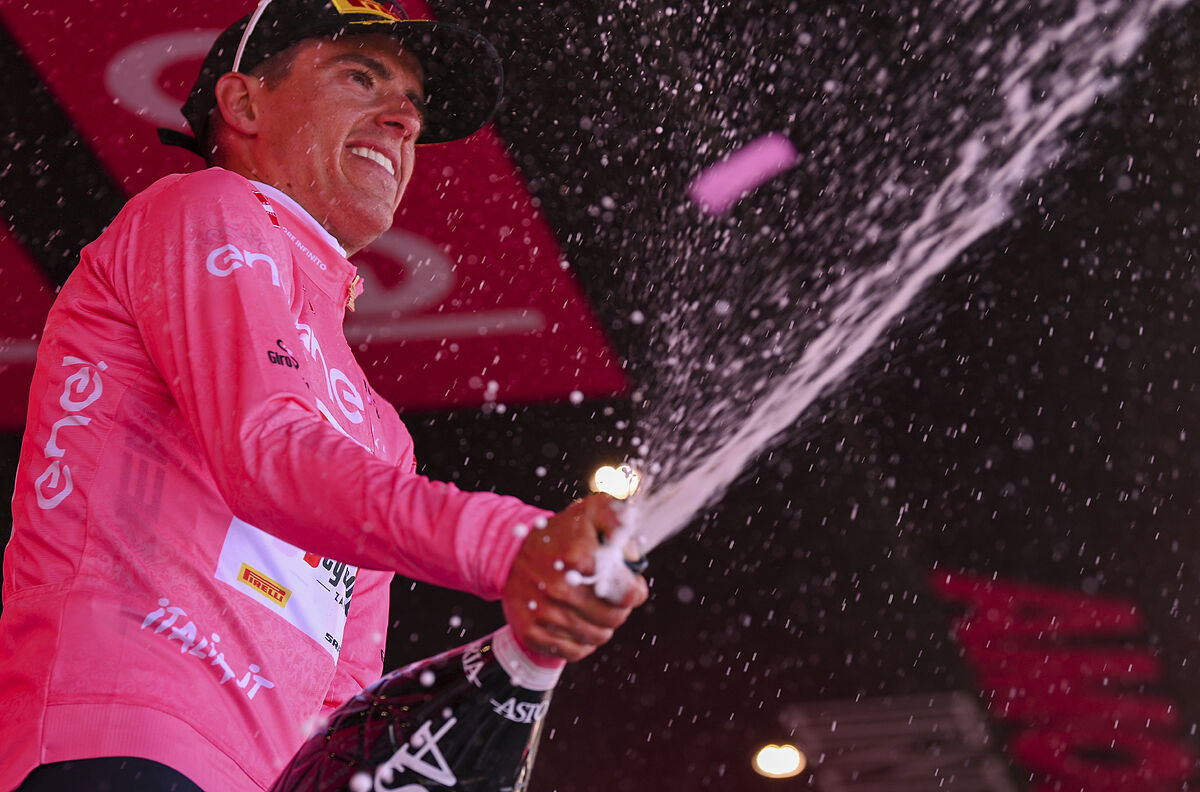 At the Kometa concentration, in Oliva (Valencia), on the first weekend of February 2019, the reporter sneaks into training and asks who is the rider from the new litter of

"The most interesting is Juanpe, he looks like Alberto," emphasizes

of the Giro d'Italia,

(Lebrija, 1997), showed remarkable conditions since his beginnings in cycling.

Pinteño's squad signed him up when he was 17 years old and he was in his school until he was 23. His teachers

From him Díaz Justo

always valued him for his climbing skills and charisma.

He is a very open, happy, joking and close person.

He always makes a group », affirms

, the brother of the champion, promoter of the launch platform for runners created in Pinto, who on Monday witnessed Juanpe's exhibition at the same finish line on Etna.

, the striker of his beloved Betis.

He is passionate about soccer and when he was a kid he dreamed of being an idol of the Verdiblanco club.

Juanpe comes from a humble family, forced to make many sacrifices for him to make his way in cycling.

Since adolescence he began to fly alone.

I need to enjoy this moment and as many as I can with this jersey", said the Sevillian, who in the last kilometers of the day was overtaken by the German

, who snatched the stage win from him, but that did not prevent him from emulating his idol.

López's emergence surprised those responsible for his team, the Trek, who were content with some partial triumph of

An expert trio who will now work for a 24-year-old boy who is not overwhelmed by responsibility.

“He is no longer in our team, but I am very happy for him.

it was only a matter of time

before he showed what he is worth », says Fran Contador in a telephone conversation after the Etna base.

López stands out for his easy pedaling when the road gets steep.

A safe value in the mountains, that's why the

Trek did not hesitate to hire it in 2020

So, Kometa was a kind of mother team of the formation sponsored by the American bicycle factory.

In that winter of 2019, Juanpe led a squad that included a boy, three years younger, who already stood out for his encouragement:

, who now plays for Ineos and who is, along with

, the banner of the new Spanish cycling.

Matteo Moschetti , doctorate students from the Contador academy, which

soon joined as a partner

Fran is proud of cultivated land.

And it is that on Monday the Italian

was also the protagonist , who was on the run until the last section of the day, when he was hunted by Juanpe López, who was part of that valuable promotion of Oliva that now shines in this attractive Giro.