Sjöström: "Heard many who would have felt better from not participating in the Olympics at a young age"

Gunilla Lindberg wants the International Olympic Committee to issue a recommended age limit for Olympic participation. Sarah Sjöström understands her fears. - For me, it worked to be at the Olympics when I was 14 years old. But I have heard many who would have felt better if they had not participated in the Olympics at a very young age, says the Swedish swimming star to SVT Sport. 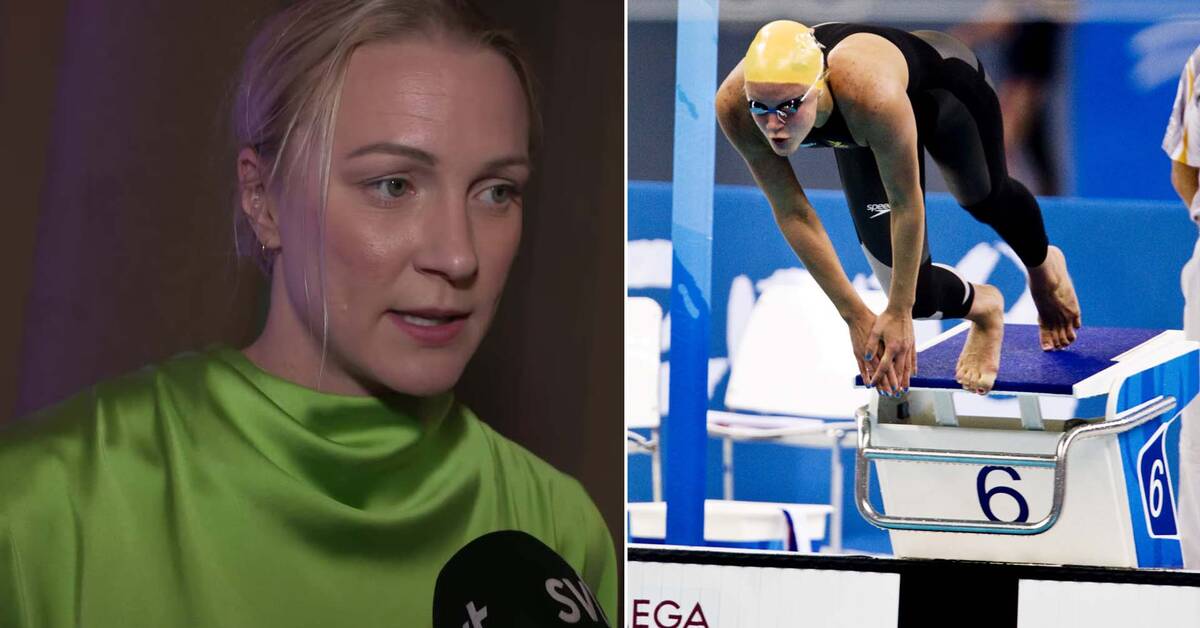 Last summer, 12- and 13-year-old skateboarders stood on the podium at the Olympics in Tokyo.

Gunilla Lindberg, member of the International Olympic Committee (IOC), said in an interview with SVT Sport earlier in May that it made people react.

- There were several who wondered if you should be an Olympic gold medalist when you are 13 years old.

Then, for example, you are too young to start at the Youth Olympics where you must be between 15 and 18 years old, Lindberg said then.

The individual Olympic sports set their own age limits for participation in the Olympic Games, but Lindberg is currently pushing hard for the IOC to issue an age recommendation of 16 years.

- I think she (Gunilla) has a good view of those pieces, but you also have to see it from different perspectives.

I have heard many who would have felt better if they had not been to the Olympics at a very young age.

That is a difficult question, says Sarah Sjöström to SVT Sport.

Breakthrough as a 14-year-old

It may not be best to get so much pressure on yourself so early, he says.

For Sarah Sjöström, the breakthrough came in 2008 when she, 14 years old, won European Championship gold in the 100 meter butterfly.

That same year, she also made her Olympic debut.

I had the right support and people around me, such as unions, coaches and parents.

It is not certain that young athletes who come to the Olympics have it and then I can imagine that it will be tough.

"Should not push anything forward"

Ski cross star Sandra Näslund believes that there are both advantages and disadvantages with a recommended age limit.

- If you are the best in the world, that is the case, but then you should not push anything forward.

If you are 13, maybe you are a little too young, says Näslund.

Näslund was 17 years old when she made her Olympic debut in Sochi in 2014.

- I was quite young when I did my first Olympics.

Then I did not have much pressure but it was nervous and a great experience and a big dream that came true.

I was a little older so it is difficult to understand how it feels for a 13-year-old, she says.