There are less than two weeks left until the French Open starts. The charge for US Open champion Emma Raducanu could have been better. Today she was forced to break the match against Bianca Andreescu, due to a back injury. - I can not move, you could hear her say on the track. 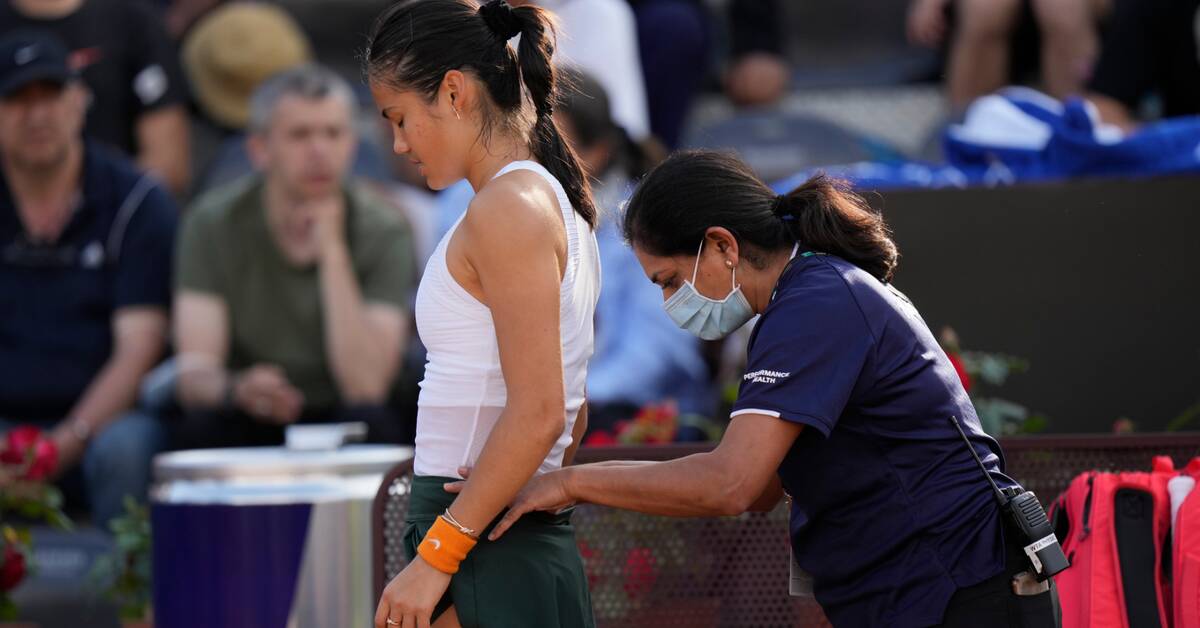 The 19-year-old British woman has had an injury-filled year after her victory in the US Open last autumn, with, among other things, a foot injury that disturbed her last winter.

And as recently as last week, she told me that she had back problems, after leaving the Madrid Open.

"Can not move me"

Today it was not even a whole match, as she already in the second set in the first round of the Italian Open in Rome, was forced to cancel the match against 2019 US Open champion Bianca Andreescu, at a disadvantage 2-6, 1-2.

The reason: Back problems.

- I can not move, you could hear said on the track, according to Eurosport.

Already at the end of the first set she was forced to take a medical timeout, and in the second set she decided to give up.

- I hope that Emma's injury, or whatever it is she has problems with, is not so serious.

"I saw her in the US Open final and was expecting a tougher match, but she's obviously having a problem with something, so I hope she's okay," Andreescu told Amazon Prime after the match, quoted by several other media outlets.

For Andreescu, who due to problems with injuries and mental illness has only played two other tournaments after his US Open triumph, Spain's Sara Sorribes Tormo is waiting in the next round.