There are games that are as inexplicable as they are disturbing. A Barcelona deficient in the game, but not in the auction, beat Celta on a night marked by a much more... 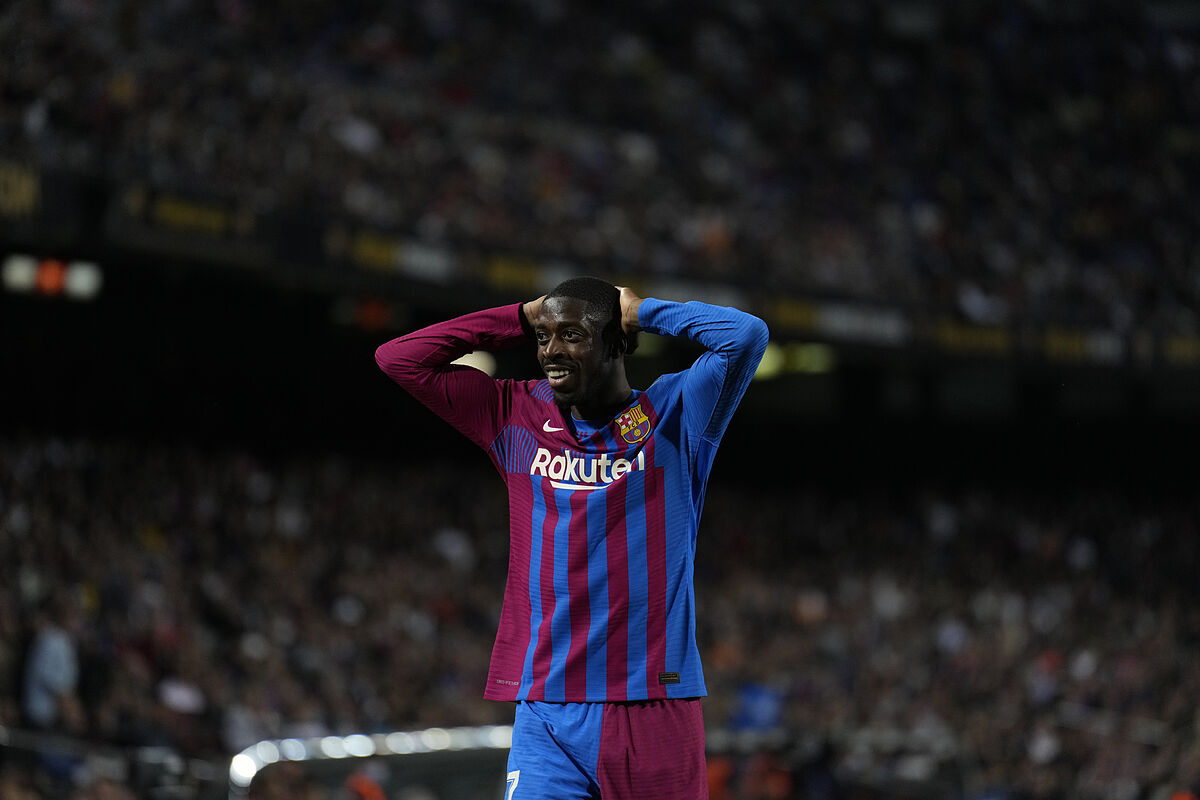 There are games that are as inexplicable as they are disturbing.

A Barcelona deficient in the game, but not in the auction, beat Celta on a night marked by a much more serious matter.

hit his head against

Motionless on the pitch, the Uruguayan centre-back, with a shock, had to be taken off the pitch by ambulance.

The same day that Manchester City announced the signing of

, Barcelona faced Celta at close range, in a half-empty Camp Nou and with the feeling that the reconstruction, if it comes, will not go through that kind of supermen .

Simply because there was a time when former president

believed himself to be the king of mambo in the market.

Now all that remains is to track down the list of soccer players without a contract, cheat with the salary limit, a border between frustration and magical realism, and star in absurd matches.

has been complaining about the poor neatness of his players, something that the coach considers necessary for his model to make sense.

It was enough that

could not face Celta due to suspension to corroborate that this Barça is incapable of plaiting plays with one and two touches.

Xavi himself contributed to the confusion this time.

Given the negligence of the club for years when looking for an heir to Busquets, the lack of confidence in

injured, the Barça coach intervened condemning his players to a tactical sindio.

The initial idea was clear.

In attack, they would close three (

), the center of the field would form a diamond (

in the pivot, with Gavi and

in the interiors and

as a link), and two extremes would remain up (

Such was the mess that surreal situations multiplied.

Even the Gabonese striker found himself in an action trying to create play with his back in his own half.

Between the cement of the stands whistles sprouted from the fans before half an hour.

He agreed to look for a scapegoat, and it fell to Ferran Torres, increasingly tormented and unable to decipher his role in this Barcelona.

Ferran got involved in a dribble with

, and the fans made him pay.

Neither one came out after the break.

The striker, because Xavi had to reorder the team with the 4-3-3 and the entry of Riqui Puig;

the light blue side, due to an injury.

The answers were not going to be found by Barcelona in the game, but in their goalscoring success.

Who was going to say it.

His first three shots on goal ended in the net, leaving Celta speechless and with the feeling that it had been no use ruling the game until then.

Faced with scenarios as grotesque as this one, only Dembélé felt like a fish in water.

The French winger made it 1-0 after throwing a pipe at Galán, leaving Cervi

, and choosing, this time, the appropriate option.

He crossed right where Memphis expected, who didn't even have to shoot well to beat

Celta tried to react with a whiplash from

But he found that the azulgrana struck again before the break thanks to a bounced, falling shot from Aubameyang.

Dembélé not happy with his flash, he reoffended at the dawn of the second act with another advance from the shore.

He found his old guardian angel, Aubameyang, always efficient in his work as a battering ram before a Dituro with no answer other than stillness.

When Celta tried to recover and

took the goal that had fought so hard after Ter Stegen and Ronald Araujo did not clarify, Coudet's men saw how the referee expelled

with half an hour to play.

The central did nothing but block Memphis in a dribble parallel to the goal.

, with questionable criteria, understood that this could have been a determining action, for which he punished with a red card.

The match collapsed after Araujo's blow.

Riqui Puig was left without celebrating a redemptive goal as he was offside.

And Barcelona, ​​perhaps without knowing how yet, saved another night in a season that already demands an end.

At least, the second place in the classification is getting closer.

The consolation of these times.