Are you one of those who makes roundabouts straight? They are 500 euros of fine and six points less

More than 40 years living with roundabouts on our roads and cities and many still, studies speak of between 50% and two thirds of drivers, do not know... 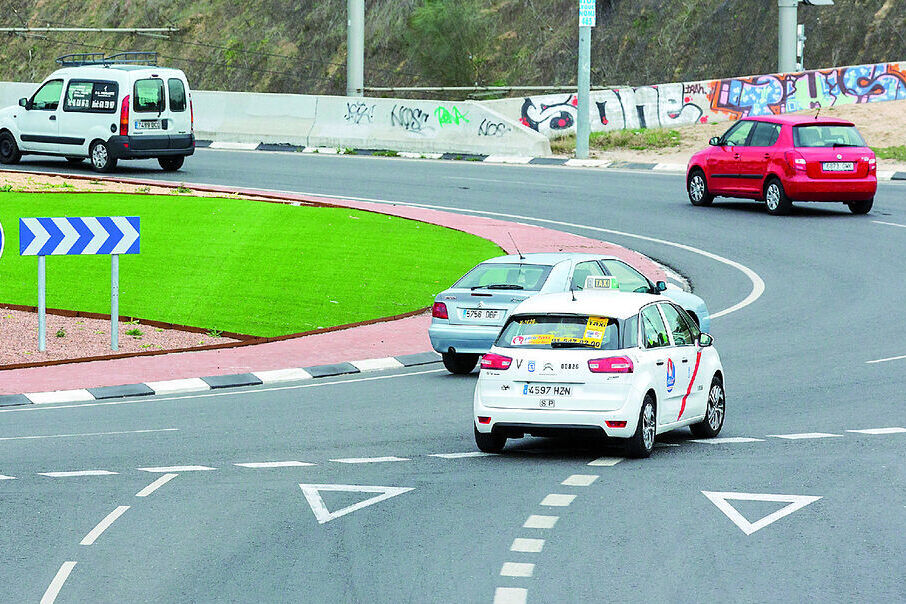 More than 40 years living with roundabouts on our roads and cities and many still, studies speak of between 50% and two thirds of drivers, do not know what rules regulate them.

And they can be summarized in two very general ones: whoever is inside has preference over whoever accesses, as long as a signal -traffic light, road marking- or an agent does not order otherwise;

and who stays in his lane in front of who wants to access it.

By respecting these two basic rules, reason will be on your side in the event of an accident.

However, it is common to see drivers who almost make them straight.

And that, when it is time to leave, they move from the inside lane to the outside with the risk of collision that this entails.

And many, in addition,

honk the horn in a showy way because they are convinced of doing it well.

Well, don't let a Traffic or Police agent see you: they will endorse you a fine of 500 euros and you will have lost six valuable points on your license.

It can be a criminal offense

"It is perhaps the most dangerous maneuver that a driver can carry out inside a roundabout.

An illegal maneuver that, combined with excessive speed and an angled collision, can even cause the overturning of one of the vehicles involved

or a rear-end collision .

of those who are forced to brake abruptly", they point out from the DGT.

It is considered reckless driving and a crime if it puts lives in danger.

Do you know how to take the roundabouts correctly?THE WORLD

In addition to this infraction, Traffic has selected four others that are especially risky.

The most common is not respecting priorities, which accounts for one in five cases.

For example, accessing the interior without having the preference, can cause sudden braking, reaches and even collisions between vehicles.

It is sanctioned with 200 euros and four points less.

Another has to do with

which was how 8% of the drivers involved in an accident in an interurban roundabout circulated in 2020. Going too fast forces us to invade several lanes to control the vehicle and we can run over pedestrians who are crossing the road at the roundabout exit.

and classification of a crime if it puts lives at risk, as in the aforementioned case of pedestrians.

And it is the same graduation for those who intend to abandon it without respecting the preference of cyclists,

who are other vulnerable users.

Finally, those who continuously change lanes without signaling are fined

200 euros, but without losing points;

or do not maintain adequate separation.

According to DGT statistics, during that year there were

2 out of 3 on urban roads, which caused

and one in three had committed an offence.

In the case of road roundabouts, 20% did not respect the rules and priority signs and 8% went faster than allowed.

In urban areas, 19% did not respect priority and 5% did not maintain a safe distance.