Athletes and jurists stressed the importance of reconsidering the financial value of disciplinary violations against “amateur” clubs and players in the first, second and third leagues, and the rest of the lower classes, since the budgets of these clubs as well as the salaries of their players do not allow the payment of the value of these violations. 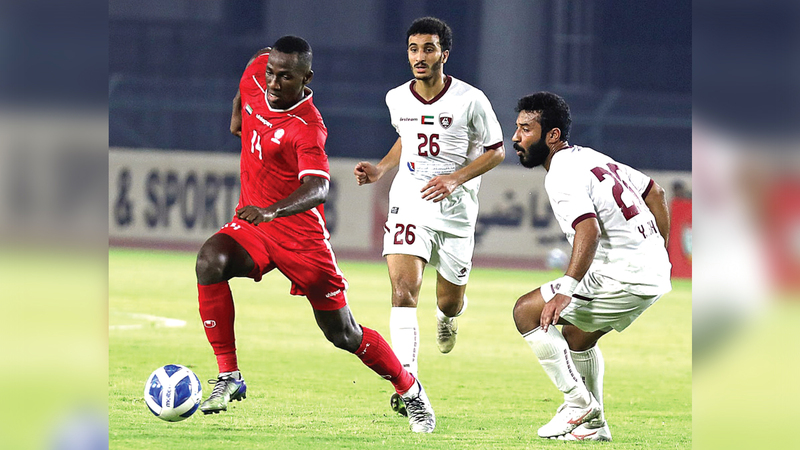 Athletes and jurists demanded a review of the regulations and their reduction for “amateur” players and clubs.

Athletes and jurists stressed the importance of reconsidering the financial value of disciplinary violations against “amateur” clubs and players in the first, second and third leagues, and the rest of the lower grades, since the budgets of these clubs as well as the salaries of their players do not allow the payment of the high value of these violations compared to the salaries they receive Players, especially with regard to second-degree clubs, pointing out the need to take into account the financial situation in which some of these clubs live, while some of them indicated that the value of a disciplinary financial violation for a player in amateur league clubs or the second and third classes exceeds his monthly salary by several times, bearing in mind that there is a separate indicative regulation Specific to disciplinary penalties for the professional league, and others for first-class clubs, and a regulation for the clubs of the second and third divisions, as well as a separate list for the competitions of the age groups.

They told "Emirates Today" that "the Disciplinary Committee applies existing regulations to it, whether with regard to the value of financial fines or various disciplinary penalties, and the only body that has the right to review and amend these regulations is the General Assembly of the Football Association, and in general, the penalties Discipline must always be a deterrent in order to achieve its goal.”

It is noteworthy that the supervisor of City Club, one of the first-class clubs, Khaled Rashid, had revealed to "Emirates Today" that his team, which plays in the first league, is competing with modest capabilities compared to clubs with huge budgets, considering that it is not possible to compete with a team whose salaries ranged between 1000 dirhams. and 2000 dirhams.

As an example of the high value of the disciplinary financial penalties imposed on clubs and players in the amateur league, and their financial value ranged from one violation to another. Disciplinary penalties issued by the Disciplinary Committee on April 26 last included punishing a player in one of the third-degree clubs, Liwa, whose punishment amounted to a fine of 25 A thousand dirhams, despite the weak financial budgets of these clubs, and the weak salaries of their players, and the player of the Sands team, Zaman Abdel-Saheb Jawad, was fined 10 thousand dirhams, and suspended for 11 games, for assaulting one of the match officials, during a meeting of the Sands team with his team counterpart. De Gardens, and punished the Ramal team player Mohammed with a fine of 3,000 dirhams, and a three-match suspension for attempting to assault a match official.

The former head of the Sports Arbitration Commission in the Emirates Football Association, Dr. Youssef Al-Sharif, said that with regard to disciplinary regulations, there is an upper and lower limit in the application of penalties.

Dr. Youssef Al-Sharif indicated that the process of merging some professional clubs in the past period represented a kind of solution to their budgets, considering that it was the first to merge clubs in other grades, so that they at least have budgets through which they can spend on their players financially, as well as Facing disciplinary financial violations or penalties, considering that the salary of a player in some clubs may not be sufficient to cover the value of a disciplinary financial violation.

In response to a question about the possibility of reconsidering the financial value of these disciplinary violations, Youssef Al-Sharif explained, “There is a minimum and a higher limit for the value of disciplinary violations, and it is always the one who judges who can estimate the value of these violations, and the question of whether it is a professional club is applied to the upper limit, in case he finds That the punishment deserves that, or a second-degree club, the lowest penalty can be applied to it, but the penalties must always be a deterrent, especially in the beginning, especially in the penalty of cybercrime, so it is more severe than ordinary penalties.”

In turn, the former Chairman of the Board of Directors of Ittihad Kalba Club, Issa Al-Dhabahi, confirmed that the budgets of clubs in the second and even first divisions are very modest, and do not allow the payment of disciplinary fines, pointing out that the player who is subject to a disciplinary penalty, is the one who is supposed to bear the payment of the value of Financial penalties, not the club, pointing in this aspect to the importance of reconsidering the issue of player contracts in some clubs, whether they are first or second degrees, as they are considered modest, and that this hinders the development of the game, pointing out that there is no comparison between the budgets of clubs in the professional league and others. In the amateur league, whether in the first or second division, as well as the salaries of players in the professional league, and their counterparts in the amateur league.

Issa Al-Dabbahi added, “It is not logical for a club or player to be punished with large financial penalties, while this club pays salaries to players that do not exceed 20 or 50 thousand dirhams, and the value of these disciplinary violations increases the burden on these clubs that receive modest budgets.”

For his part, a member of the Legal Committee of the UAE Football Association, former Legal Adviser Abdullah Al-Qadi, confirmed that regarding the issue of the disciplinary financial value of the first or second division clubs, these clubs have the right to demand a reduction in the value of the financial penalties imposed on them, through the General Assembly. , being the only body that has the right to review the disciplinary regulations, according to the statute of the Football Association, pointing out that the disciplinary penalties that are currently applied came with the approval of the clubs through the General Assembly.

Abdullah Al-Qadi indicated that the professional league clubs have their own disciplinary penalties that are different from other competitions organized by the Football Association.