Mattias Ekström received the maximum dividend when ETCR, the new World Cup for electric cars, started in Pau, France this weekend. Right now there is full focus on electric cars, but the 43-year-old leaves a door open for the European Championship rallycross in Höljes. - When I saw the starting field, it tickled my stomach. It is still possible to register later, he says to SVT. 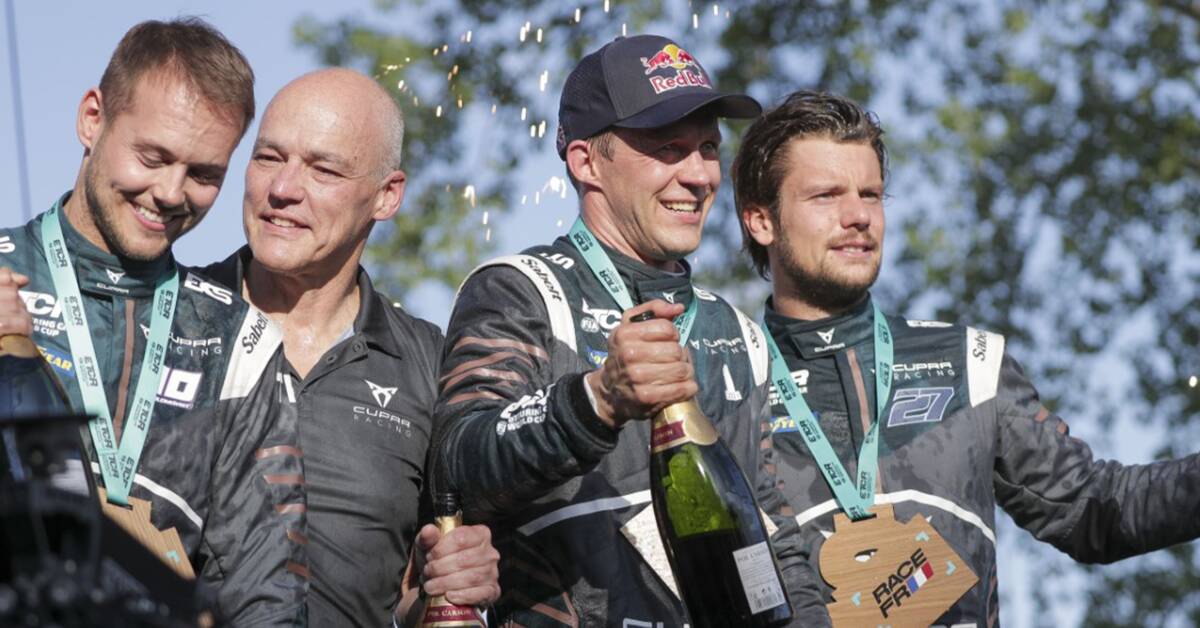 Hundreds of thousands of spectators visited the Race Festival in Pau and the large audience got to see Ekström dominate the new electrified World Cup for standard cars - sanctioned by the international motorsport federation FIA.

Mattias drives for Cupra EKS where his own team handles competitions and tests.

The team's driver with the Frenchman Adrien Tambay and the British Tom Blomqvist - son of the Swedish rally legend Stig - left France as a top trio together with the leader Ekström.

- I'm a generous manager and help the guys as much as I can.

But when I put on my helmet, I gasp as much as I can, Mattias says to SVT and continues:

- Electric cars are interesting to me.

I have worked a lot with car development over the years and this is part of my job.

The car manufacturers are curious and now we have an official World Cup with tougher opposition, he explains.

Last year, Ekström won the first edition of the series, which was then a European Championship.

Over the years, the super Swede has become one of the world's best multi-talents in motorsport.

In January, he made a strong debut in the premier class of the Dakar Rally with a stage victory and several top results in Audi's new electric car stable.

We are in full swing with the development work ahead of the winter rally.

I will be driving again.

Ekström may also be relevant for the European Championship rallycross in Höljes.

The 2016 world champion leaves the door open for a comeback.

- Rallycross is the sport with the most adrenaline rush.

More than in ETCR and I still think it's great fun with the old petrol cars.

Even though I look mostly through the windshield, I like to mix life up with a little look in the rearview mirror.

We'll see what happens in July.