"The more players there are, the more referees there will be", judge Stéphanie Frappart 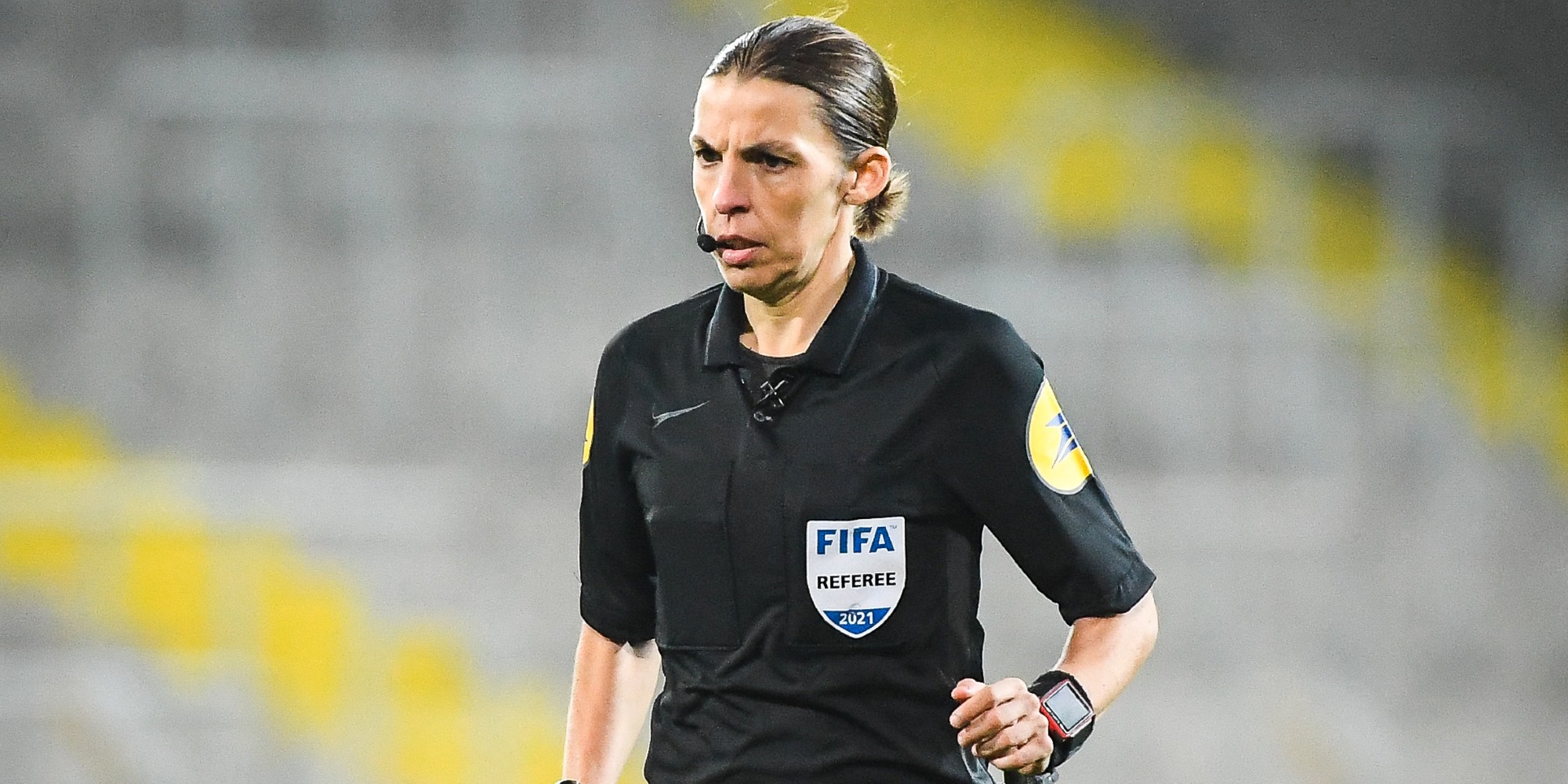 She answered questions on Friday from journalist and editorialist Jacques Vendroux and journalist from the Europe 1 sports department, Cyrille de La Morinerie.

While the men's French Cup final between Nice and Nantes is being held on Saturday at the Stade de France, referee Stéphanie Frappart gave an exclusive interview to Europe 1. At 38, she becomes the first woman appointed to referee this final. .

The referee had already become the first woman to referee a Ligue 1 match in 2019, the European Super Cup the same year and then in the Men's Champions League at the end of 2020. She was also selected among the referees for the Women's Euro, scheduled for July.

Stéphanie Frappart talks about her place as a referee as a woman, her opinion on French arbitration or even VAR.

On how he approaches games:

It is perhaps one of my personalities to be rather serene, confident and focused.

We are very focused and very involved in the decisions we have to make.

No, I dream of nothing.

I dream of the final of the Coupe de France.

I never tried to be visionary or tried to take the matches one step further.

I take them one by one because we know that in arbitration, overnight, everything can fall apart.

A decision, and that's it.

We saw some of our colleagues who had their careers cut short with one or two decisions that were a little unfavorable.

We are really game by game, as the players say, and that's really it.

Does being a woman still harm him?

I have always been very well received by the clubs.

Then there were a few exceptions.

I went to see the clubs, the leaders, the players and I never had a prejudice or a word on which we can say that it is a little sexist or otherwise.

I was expected and when I was expected on certain matches, in particular the Ligue 1 matches, I showed that I had the skills and after three matches, I was left a little quiet, rather a media side than on the field side.

When we arrive in Ligue 1, it is that we still have the experience.

I did at the time one year of CFA2 (fifth division), two years of CFA (fourth division), three years in National, four years or five years of Ligue 2. So inevitably, when I arrived, I had a technical background and significant experience.

I think having girls at the highest level, it allows some young girls to realize that they can do it.

How does she perceive the astonishment around her nomination for the final of the Coupe de France?

I don't have any social networks, I don't read newspapers, so I'm very detached from all that.

I have been told of some vehemence from some people, but I don't really get attached to it.

I am more attached to the technique, to the decisions that are made than to stay on 'we say'.

Frankly, I'm really detached from it all.

His opinion on French arbitration?

Like what we see and the appointments there are internationally, I think the work in France is good.

There are always things to improve, there are more and more international designations.

Whether at UEFA or FIFA, in the big competitions.

For us, that's really the highlight.

The work of the federation and the authorities is paying off today and so much the better for us.

We are a few to be in all competitions at UEFA and FIFA.

When does a referee use VAR (video assistance)?

You have to remember that there are four criteria.

Situations in the penalty area, goals, red cards and misidentification.

There are four possible entries in relation to the VAR.

We decide, knowing that everything is verified.

Afterwards, there are different situations where we are called by our VAR colleague.

We have to explain what we saw, how we decided and then, depending on the elements, he will invite us to go and see the images and we will decide on our own whether the decision should be changed or not.

On the referees' sound system:

Normally, I won't have a microphone for the final.

I won't have a microphone because for the moment, FIFA and IFAB, which are the guarantors of the laws of the game, do not allow it.

Afterwards, we saw the communication system between us.

Now there is VAR.

Maybe, in the medium term or long term, there will be this possibility of micro.

But in any case, today, it is not possible in competitions.

We are always open to anything that can help, and contribute to the influence of football.

So, we have never been protesters or resistant to that.

On the other hand, we have to give ourselves the means and also perhaps frame things well because there are things that might not be very appropriate for the public.

Watching a football match with all the comments from the referees may not be appropriate, but opening it up in certain situations may be.

Why do the referees not speak at the end of a match?

The expression time, I think, is not the same as that of the players.

We were able to express ourselves in the media, after several days, because there is a need, after a match, to decompress a little, to take a step back.

Because inevitably, when you are in a match, whether you are a player, a manager or other, you do not necessarily have all the elements that the public or the media have.

And so it may also be getting in trouble to resume too quickly, without having this capacity for analysis, knowing that we are the only ones who recognize our mistakes when we see the VAR, when we change a decision.

We put the VAR to remove a little this difficult nature of the decision-making, in particular on the offside. Now, we only apply the rule.

So it can take time.

We understand that the emotion on the field is a little removed, compared to the players, compared to this emotion of goal or no goal, but in any case, we are only applying the rule.

If the rule changes, we will adapt to it.

How does she manage the pressure around her before the final?

It's true that we have a lot of work to bring out the whole environment around and to really focus on the decisions.

Will there be more and more female referees?

In Europe or at FIFA, there are other girls, and we see it in other championships, whether it's in Brazil, we saw it at the Club World Cup in Qatar a year ago and a half, on the U-17 World Cups.

Me, I also transmit all my experience.

I work a little with the female D1 referees who evolve in the French championship to make them evolve, to bring them my experience and my expertise.

And I see that there are more and more quality young girls arriving.

You also have to give time to time because these are young girls who will slowly reach the top level.