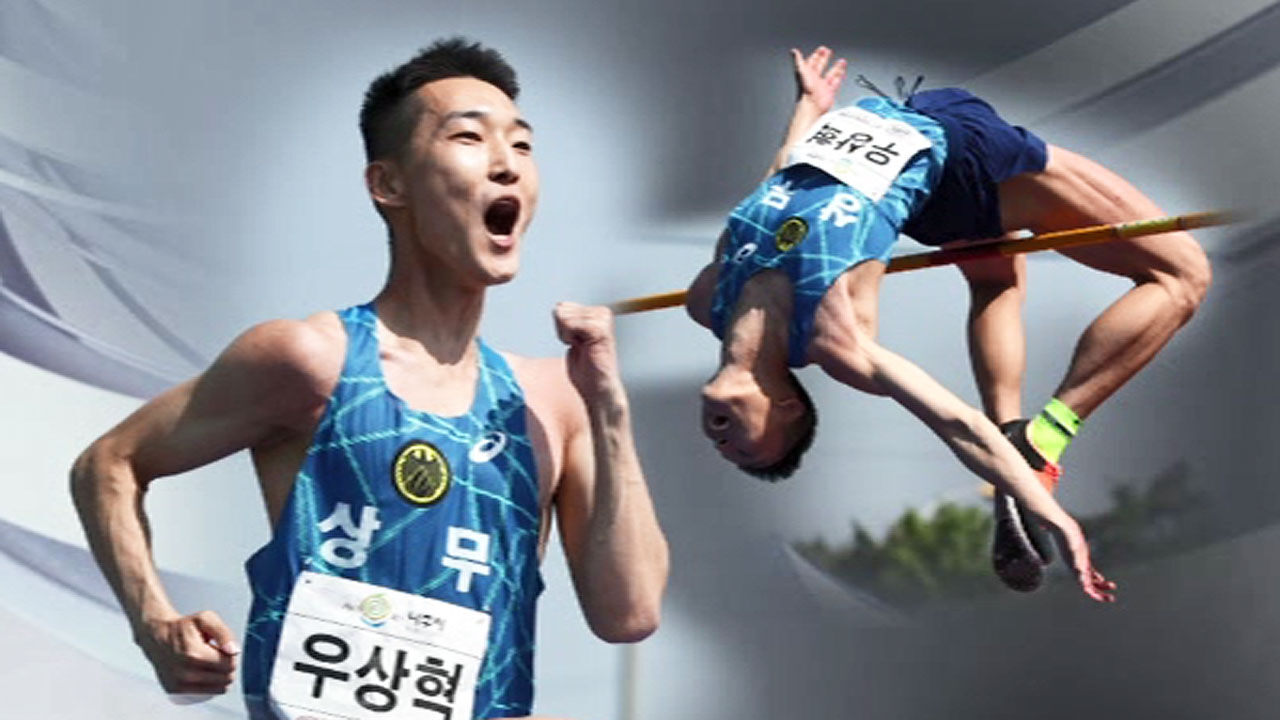 'High jump sign' Woo Sang-hyeok surpassed 2m32 in the domestic outdoor competition, raising the world record for the first time this season by one step.

Woo Sang-hyeok, who secured the championship at once by over 2m20 from the first jump, went up the bar smoothly after that.

Sang-hyeok Woo, who easily surpassed the world No. 1 record he set for this season last month to 2m32, which is 2cm higher, jumped and jumped and enjoyed the joy.

In February, he set the all-season indoor world record of 2m36, followed by an outdoor record of 2m.

Am I really right?

It seems that I am feeling the happiness that no one else has felt with the coach alone.]

Afterwards, he failed to set a new Korean record of 2m37, but Woo Sang-hyuk was 15cm further from the bar than at the Tokyo Olympics. They expressed their satisfaction with the new technology that leaps forward.

[Woo Sang-hyeok / Armed Forces Athletic Corps: As the speed gradually improves, the space naturally moves away and we are adapting.

The start of the season is so good that we can look forward to it.]

For a new Korean record, and furthermore, to win a gold medal in the Paris Olympics, it is analyzed that it is better to run from a distance than the previous one in terms of kinematics.

Woo Sang-hyuk will face Tokyo Olympic gold medalist Bashim Bashim in his first match of the year at the Diamond League next week.