'Hand of God': Maradona jersey sold at auction for over $9 million

The jersey Diego Maradona wore when Argentina won against England in 1986 sold for almost $9.3 million at Sotheby's auction. Never has a jersey sold for so much in the history of sport. 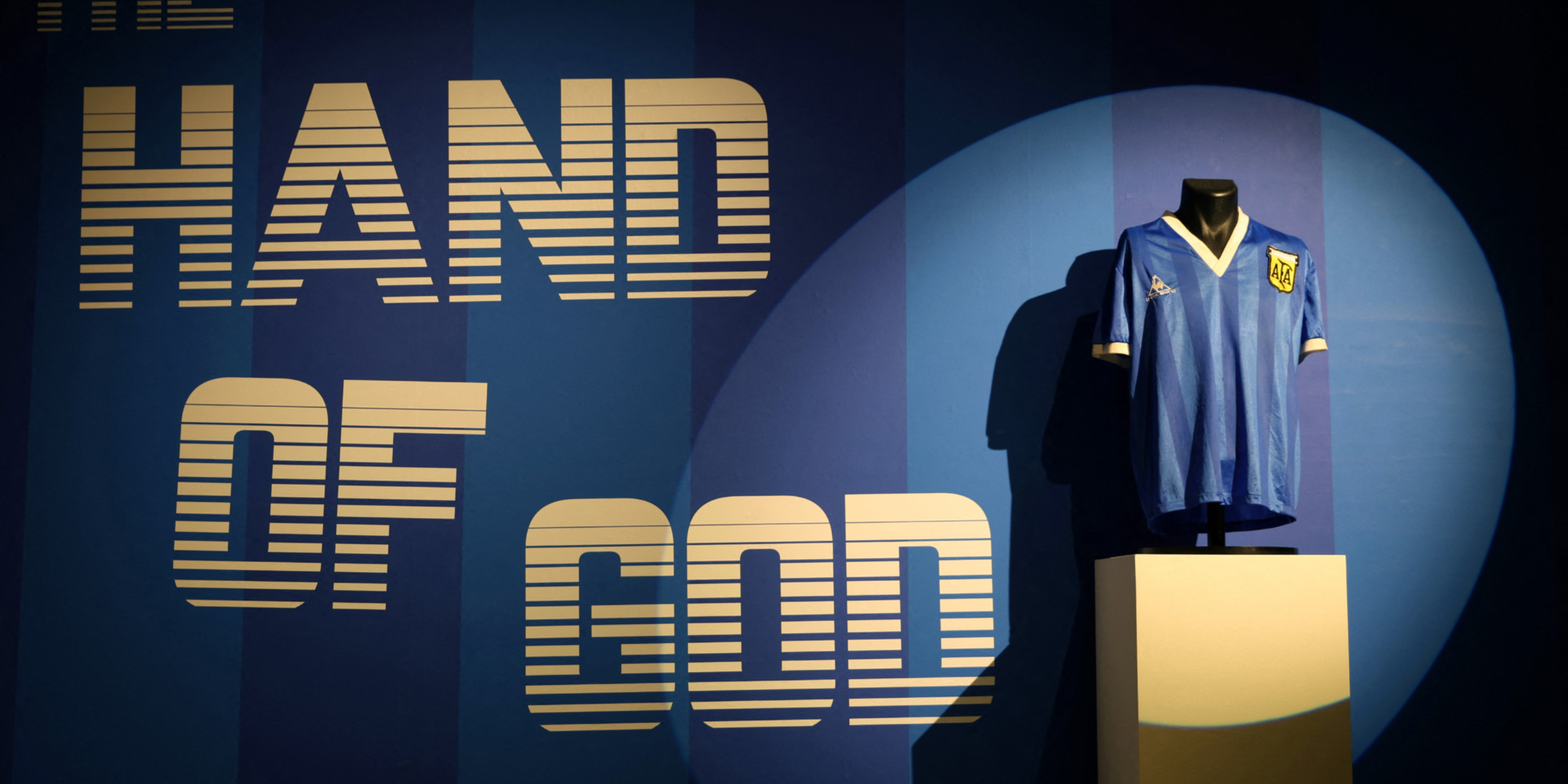 The jersey Diego Maradona wore when Argentina won against England in 1986 sold for nearly $9.3 million at Sotheby's auction.

Never has a jersey been sold so expensive in the history of sport.

The shirt that Argentine soccer legend Diego Maradona wore when he crucified England at the 1986 World Cup fetched nearly $9.3 million, breaking all records for a sports collectible, has announced the auction house Sotheby's.

The previous record for collectible sportswear was held by a jersey worn by American baseball legend Babe Ruth in the late 1920s, which sold in 2019 for $5.6 million.

The price even exceeds the manuscript of the 1892 Olympic manifesto which sold for $8.8 million in December 2019, setting an all-time high.

The identity of the buyer(s) has not been disclosed.

The sale had been taking place on the internet since April 20.

Until Wednesday, only one offer had been registered, at around $5 million.

But the sale was animated in the very last minutes, with several offers responding, until reaching the sum of 9.28 million dollars, including costs.

The identity of the buyer(s) was not immediately disclosed by Sotheby's.

In 1986, Maradona swapped his shirt at the end of the match with England midfielder Steve Hodge, who owned it for over 35 years and lent it to the Manchester Museum.

The two players recounted the episode in one of their respective books.

This quarter-final in Mexico, heavy with symbols four years after the Falklands war between England and Argentina, went down in history and helped write the contrasting legend of Maradona.

In the 51st minute, just after a ball diverted in his area by Steve Hodge, the Argentine captain had scored with his hand - "the hand of God", said the player - but the goal had been validated by the referee.

Only four minutes later, "El Pibe de Oro" had scored an anthology goal, voted "goal of the century" in a FIFA vote, starting from his camp and eliminating four English players then goalkeeper Peter Shilton to score.

Argentina had won the World Cup.