GUIDE: Everything before the speedway league 2022

The Swedish speedway league starts with three matches on Tuesday night. Here is SVT's guide for this year's season with the biggest snacks before the premiere. 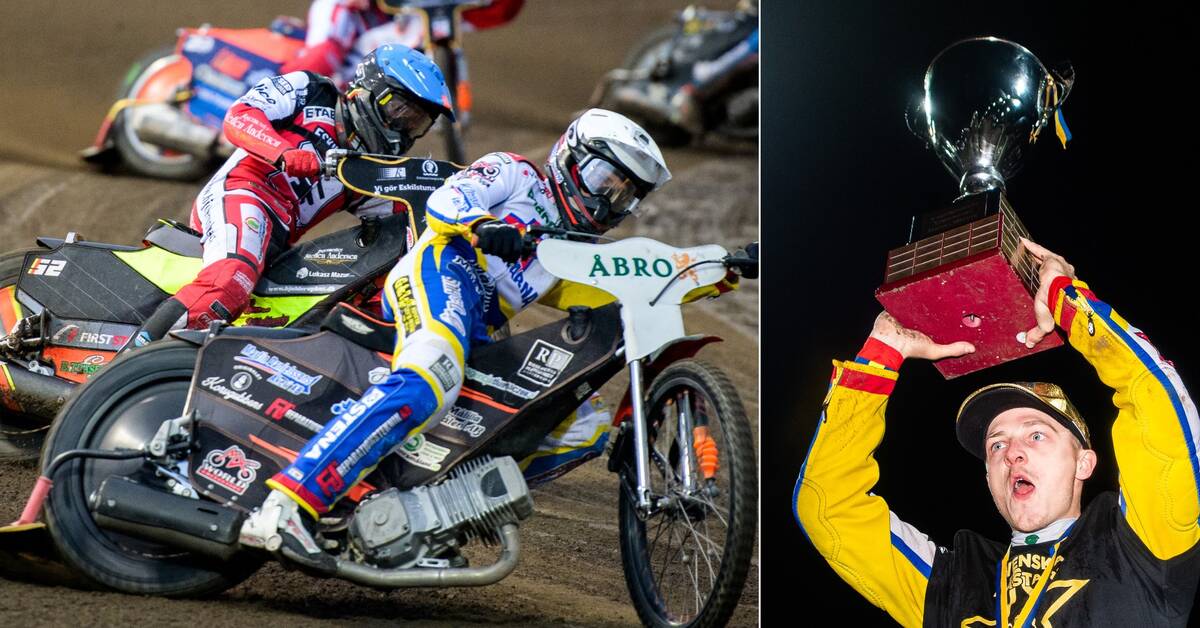 The Lion - The Rose Spikes

The Pirates - The Ducks

(Västervik starts on May 10)

* The league's and the world's best driver.

Won the World Cup premiere and becomes important for the Lions.

Always valuable for its Västervik.

* Gold Hero 2021. Finished second in the World Cup premiere and is a stable scorer.

Got the gold tip from more or less all opponents at the start of the season two weeks ago.

But do they keep up with the press?

The big club that is missing:

Vetlanda Speedway, with six Swedish Championship gold medals in the 2000s, will not start when the league starts.

The club's company went bankrupt on March 31, with debts of over three million, and has had a negative financial spiral with a loss of a total of 11.6 million since 2015. Vetlanda thus decided to withdraw from the top series and restart in division one.

Dackarna took the Swedish Championship gold after defeating Smederna in the final and took their first gold since 2007. Along the way, Dackarna also beat Småland rivals Västervik in the semifinals and Lejonen in the quarterfinals.

Team leader talk before the premiere:

- My job is to defend the gold.

Otherwise I would not be in Målilla.

The Lions have a strong team, but it will be run about that as well.

- The goal is to run the final.

But we will be severely challenged by the Blacksmiths.

Dackarna and Västervik will also be up there.

- The club turns 100 years old this year and we are very happy with how the team looks.

But if we are to be able to put the Lions down in a final, all drivers in the squad should be exclamation marks.

- We have built a model that we will spin on.

You do not come here to laze, but to win something.

- We are behind their decision.

Sportingly, we become much stronger with Antonio Lindbäck in the team.

(Masarnas team leader Sebastian Aldén about the decision to take Lindbäck back in the squad).