Benzema is the most prominent candidate for the Golden Ball.. This player competes strongly with him

Did French striker Karim Benzema put a hand on the Golden Ball? Real Madrid's Spanish striker is holding his breath this season in the Champions League, and experts see no other competitor to succeed Argentine Lionel Messi on the list of winners of the prestigious award.Marca is considered 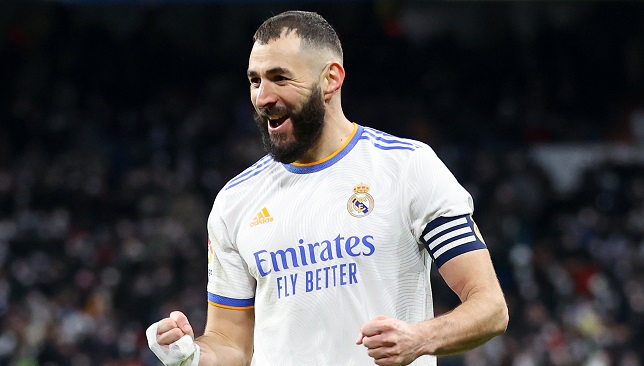 Benzema is the most prominent candidate for the Golden Ball.. This player competes strongly with him

Did French striker Karim Benzema put a hand on the Golden Ball?

Real Madrid's Spanish striker is holding his breath this season in the Champions League, and experts see no other competitor to succeed Argentine Lionel Messi on the list of winners of the prestigious award.

"Marca", the best-selling newspaper in Spain, considers "Benzema alone in the race for the Ballon d'Or", as no one doubts that the number 9 in the "White House" can finally lift the award that Portuguese Cristiano Ronaldo and Messi have monopolized for ten years.

"He is good now, but he has been since he joined (the club). Now they cannot take away the Golden Ball," Real Madrid's strong president Florentino Perez said on Saturday evening after winning the local league title.

Outside of Spain, Benzema is almost unanimous in his eligibility for the award, and the Italian newspaper "La Corriere dello Sport" wrote that "(Benzemamagic) Benzema, the magician, is a serious candidate to win the Ballon d'Or," while former French international striker Jean-Pierre Papin, previously crowned with the award, said In a statement to the French sports newspaper, L'Equipe, "For me, today he is the best striker in the world, the best number nine. Karim's last dream is the Golden Ball. I think today he is one step ahead."

After being regular for years, the French international (94 caps) has now reached high levels in the Champions League: He has scored 14 goals so far, including nine in the playoffs, including two hat-tricks against Paris Saint-Germain and Chelsea.

His double, especially his exceptional performance in the semi-final first leg against Manchester City (3-4), enhanced his charm and aura.

His former colleague in the Royal Club, the former and current German international midfielder for Turkish club Fenerbahce, Mesut Ozil, tweeted on this, "What a great match! Give the Golden Ball to Benzie."

Even his competitors were impressed.

"Currently, for me, Benzema, with (Polish Robert) Lewandowski, is the best striker in the world," said Manchester City international midfielder Ilkay Gundogan. "He's good with his feet, good with the aerial. I think he was underestimated in the past." .

"For a long time, he was under Cristiano Ronaldo, especially in the media, but now he is finally getting the attention and appreciation he deserves."

"It's not just about what he does, but more importantly the way he does it," he was praised this week by the most popular Kicker magazine in Germany, a country that has been waiting for years to see Lewandowski, Bayern's two-time best player. The International Federation (FIFA) was crowned with the Ballon d'Or award given by the French magazine "France Football".

"Karim Benzema has more talent" than Lewandowski, former Spanish goalkeeper Santiago Canesares said in a statement to Kicker magazine. And shooting is like number 9... Benzema is a more complete player."

Benzema won many points in the award race for Lewandowski, after the latter was left empty-handed with his Bavarian team from the quarter-finals, and Liverpool's Senegalese international striker Sadio Mane remains his most prominent competitor.

And his German coach at Liverpool, Jurgen Klopp, considered that "when you are not Messi or Ronaldo, you most likely have to win the Champions League" to get the chance to win the Ballon d'Or.

In the event that Real Madrid and Liverpool reach the final of the prestigious continental competition, the prize can be decided on a match.

The winner of the 2021-2022 season will be chosen in September or October by a jury of 100 journalists (versus 170 previously) representing the top 100 teams in the FIFA rankings, eliminating a certain number of African voters who would have tended towards Mane.

There is still a semi-final second leg and perhaps a final against Benzema to enter the world of football legends once and for all.