While Real Madrid won the Spanish crown on Saturday, the suspense remains in the Premier League and Serie A. Manchester City and Liverpool are still neck and neck in England,… 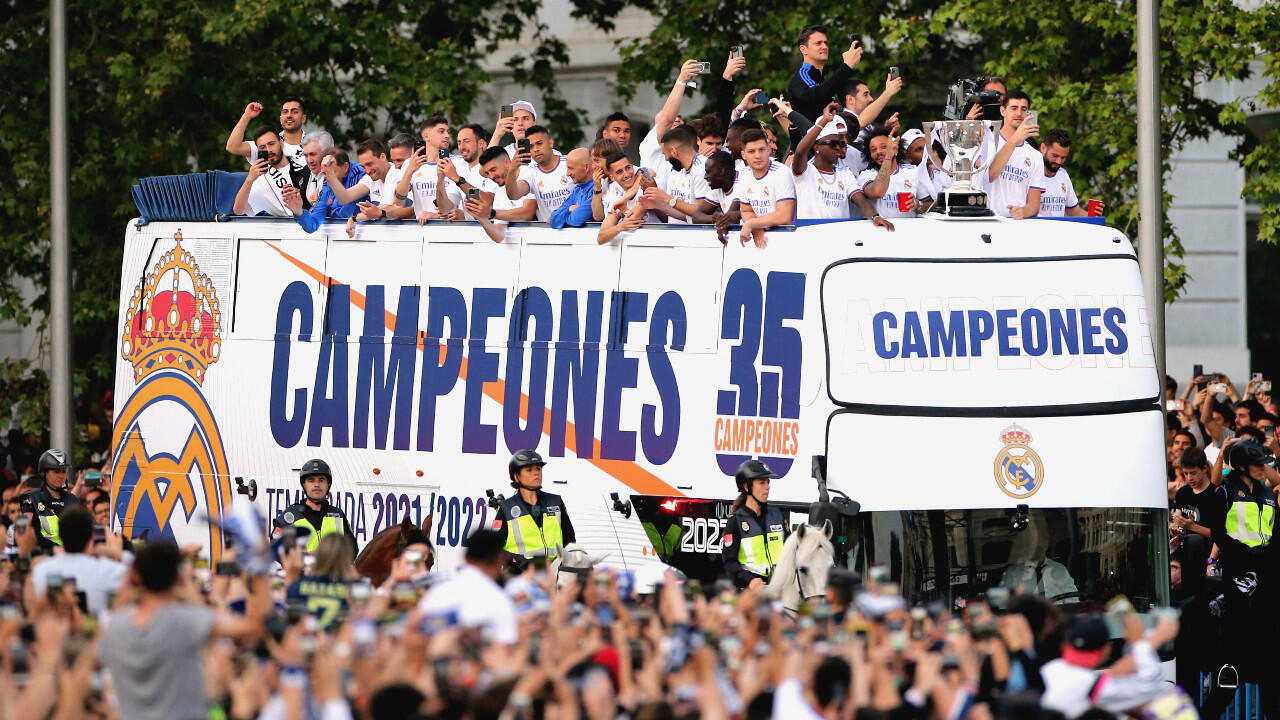 Ligue 1: OM jeopardizes its 2nd place, Rennes and Monaco on the lookout

OM lost big by losing Sunday, May 1, at home to Lyon (3-0), in the shock of the 35th day of Ligue 1. The Marseillais toasted a joker and relaunched the race despite themselves. the second place coveted by its direct competitors, Rennes and Monaco, which come back to three lengths.

The Rennais, third thanks to a better goal difference, beat Saint-Etienne (2-0) on Saturday, while the Monegasques chained against Angers (2-0) a seventh victory in a row.

Nice (5th, two points from the podium), which went to win in Bordeaux (0-1) thanks to a new achievement from Andy Delort, still has the podium in its sights.

Strasbourg (6th) held PSG in check on Friday (3-3), in Alsace, after a spectacular match.

At the bottom of the table, Bordeaux and Metz continue to slide towards relegation, while Saint-Étienne, Clermont and Lorient, all three defeated this weekend, risk fighting to the end to avoid the play-off spot.

The distance duel between Manchester City and Liverpool, still in the race for the Champions League, continued on the 35th day of the Premier League.

Their duel even gave rise, on Saturday, to a crossover in the lead, the Reds seizing control of the championship by winning in Newcastle (0-1), before the Mancunian leader took them over with authority in Leeds (0 -4).

Pep Guardiola's men retain a small point lead which could make them happy at the end of the season.

Another crossover took place between Tottenham, easy winner of Leicester (3-1), who seized 4th qualifying place for the C1 for two short hours, before seeing their ancestral enemy Arsenal take it back, thanks to a precious victory at West Ham (1-2).

Separated by two points, the two London teams will meet again on May 12 for a match at stake at the Tottenham Hotspurs Stadium.

We keep pushing on 💪 pic.twitter.com/K3tMpJAbNu

Finally, a new defensive blunder from Chelsea gave Everton a crucial success for the maintenance (1-0) on Sunday.

A success as unexpected as it is precious, since the three points won by the Tofees give them hope, even if they remain 18th and first relegated with 32 points, two points behind Leeds, but with one more game to play.

Serie A: AC Milan keeps the lead, Inter stays on the lookout

The suspense remains in the title race in Italy, at the end of the 35th day of the championship.

AC Milan got out of the Florentine trap set by La Viola (1-0) on Sunday, thanks to a goal from former Lille player Rafael Leao.

This narrow victory allows the Rossoneri to remain at the top of Serie A, three days from the end clap.

In ambush two points behind Olivier Giroud's teammates, Inter remain in the race.

Victorious on the lawn of Udinese (1-2), the Nerazzurri can only count on a misstep from their rivals.

For their part, Naples and Juventus, also winners on this day, ensured their qualification in C1.

AS Roma, who could still play the spoilsports in this part of the classification in the event of victory on Sunday, conceded a draw at home, against Bologna (0-0).

A result that destroys its last dreams of the Champions League, since 10 points now separate it from 4th place occupied by Juve.

Liga: Real crowned for the 35th time, Barça pulls itself together

Dominant throughout the season, Karim Benzema's Real Madrid won the 35th Spanish league title in their glorious history on Saturday, thanks to their final victory against Espanyol Barcelona (4-0) , during the 34th day of La Liga.

A historic coronation for Carlo Ancelotti, who became the first coach to win the five major European championships.

After three consecutive losses at Camp Nou, FC Barcelona, ​​current runner-up to the Merengues, recovered by winning against Mallorca at home (2-1).

A success that brings the Catalans even closer to the next Champions League, since nine points separate them from 5th, Betis Sevilla, who face Getafe on Monday.

Third in the standings, Sevilla FC were hooked by Cadiz on Friday (1-1), while Atlético Madrid continued to lose points after being beaten by Athletic Bilbao (2-0).

The Colchoneros remain fourth despite this setback in the Basque Country.

Behind Bayern Munich, already crowned champion and beaten on Saturday (3-1) in Mainz, the race for the Champions League remains fully open two days from the end.

The good shot of the 32nd day of the German championship was achieved by Freiburg, who won a crucial match rich in goals in Hoffenheim (3-4).

The Fribourgeois temporarily regain fourth place in the Bundesliga, qualifying for the Champions League, at RB Leipzig, which will play big on Monday, on the lawn of Borussia M'Gladbach.

Borussia Dortmund (2nd), which is guaranteed to play in the C1 next season, lost at home against Bochum (3-4), despite a hat-trick (including two penalties) from its insatiable Norwegian scorer Erling Haaland.