A historic title and tens of millions in revenue.. What amount did Real Madrid get after winning the Spanish League?

Real Madrid strengthened its record as the most Spanish club crowned the Spanish League title after winning the 35th title in its history last Saturday, a title that will revive the royal club's coffers with millions of dollars. 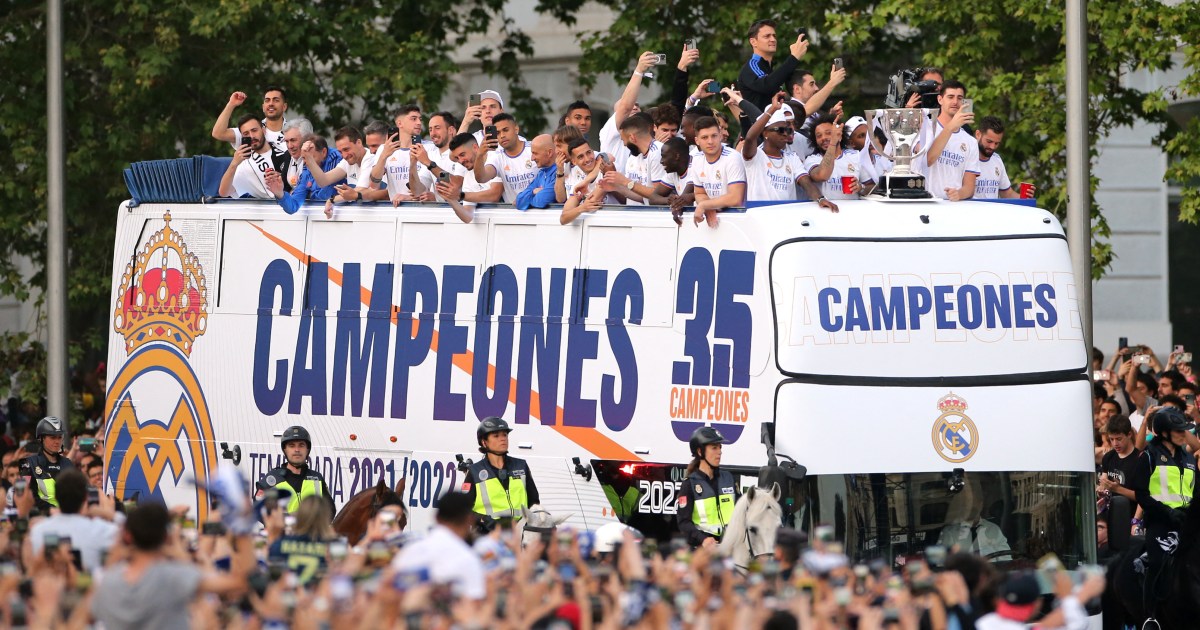 Real Madrid strengthened its record as the most Spanish club crowned the Spanish League title after winning the 35th title in its history last Saturday, a title that will revive the royal club's coffers with millions of dollars.

According to a report published by the Spanish newspaper "AS", there is no list of the amounts of money that each team receives based on their ranking in the Spanish League, but the matter is related to the distribution of television broadcasting revenues.

The newspaper pointed out that the revenues of television broadcasting rights - estimated at about 1.7 billion dollars - will be divided equally between the twenty clubs participating in the Spanish League, and 50% of the amount will be allocated to community projects for the clubs.

The remaining 25% will be distributed according to the final standings of the teams at the end of the season;

According to the calculations of the Spanish newspaper, Real Madrid will collect about 64 million dollars after achieving the Spanish League title.

The newspaper pointed out that the second source of Real Madrid's income after winning the Spanish League comes from the prizes distributed by the European Football Association (UEFA) to the teams participating in the Champions League.

UEFA allocates 15% of the total prizes - estimated at $2.4 billion - to the clubs participating in the competition based on the commercial value of each local competition, and the clubs share about $35 million.

According to the calculations of the newspaper "AS", Real Madrid will receive nearly 14 million dollars in the money of the Champions League.

The newspaper pointed out that the royal club may earn a total of about 80 million dollars thanks to winning the Spanish League title.

Real Madrid secured the crown of the league title after beating Espanyol 4-0 last Saturday, 4 rounds before the end of the competition, as its score became 81 points, 15 points behind Barcelona, ​​the second-placed player.

This is the team's third title in the last 6 seasons, and the last league title Real Madrid won in the 2019-2020 season.

He achieved his 24th title with Real Madrid, surpassing the legend Gento and becoming the most crowned player in the club, whose history spans 120 years.