Women's Champions League: after their victory against PSG, OL qualify for the final

Here are the queens of Europe in the final again: Lyon, seven times winner, confirmed on Saturday its return to the fore by dominating without contest its national rival, Paris SG (2-1), to offer itself a 10th final of the League of female champions. The players will face FC Barcelona on May 21. 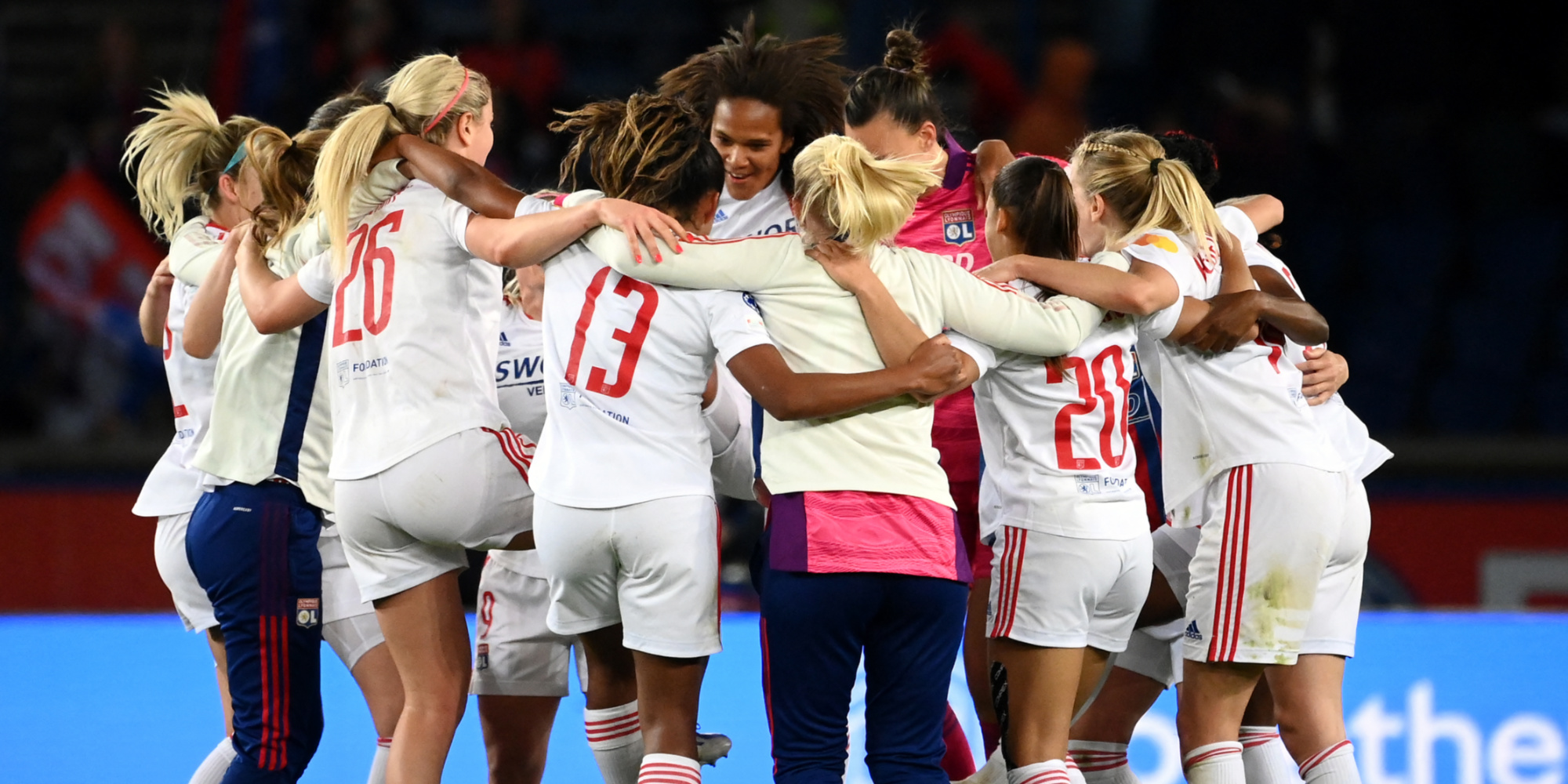 Here are the queens of Europe in the final again: Lyon, seven times winner, confirmed on Saturday its return to the fore by dominating without contest its national rival, Paris SG (2-1), to offer itself a 10th final of the League of female champions.

The players will face FC Barcelona on May 21.

After a white season, without the slightest title, the Lyonnaises made the experience speak six days after a controlled first leg (3-2), in the wake of Ada Hegerberg and Wendie Renard, scorers in an incandescent Parc des Princes and hostile.

Less than two years after their last coronation, the "Fenottes" will therefore already taste the adrenaline of a continental final, on May 21 in Turin.

"It's a year of reconquest, we have the quality to seek this trophy," insisted defender Selma Bacha.

The poster has allure, between the major team of the last decade, OL, and the one who dreams of taking over for a long time, defending champion Barça, beaten on Saturday at Wolfsburg 2-0 but qualified after his first leg festival (5-1).

Lyon will travel to Italy with determination, confidence, and at least two certainties: it has never lost to Barça, and it has once again become the spearhead of French women's football, ahead of PSG, the reigning French champions who are ambitious but too feverish throughout the two matches.

Paris will have bent, in the first leg, on the blunders of its goalkeeper Barbora Votikova, finally out of injury on the return.

He gave in on Saturday against the head game of Hegerberg and Renard, clinics in front of goal on two assists from Selma Bacha (14th, 83rd), despite the equalizer from Marie-Antoinette Katoto (62nd).

The Norwegian, top scorer in the history of the C1 (58 goals), even thought to double the bet (56th), but Melvine Malard, passer on the action, was offside with a breath.

Dropped in the D1 standings, five points behind OL, PSG are heading straight for a frustrating season, even if the Coupe de France final against Yzeure (D2) is promised to them on May 15.

The turmoil following the Kheira Hamraoui affair, absent from this double confrontation after an altercation in training last Saturday, will have polluted three of the four confrontations of the season against the Lyon rival, for three defeats including a humiliation, 6-1 in December in D1 ... "We had a difficult season, but if we were able to do this course, it's because we put all the external things aside", underlined captain Grace Geyoro, the coach Didier Ollé-Nicolle expressed, for his part, "his pride" in front of "the generosity" of the players.

OL have always stayed the course since August, except in the round of 16 of the Coupe de France (3-0 defeat against Paris).

He takes his revenge on the quarter-final of C1 last year, won by PSG on away goals.

Amandine Henry's partners certainly suffered, losing to Katoto on the hour mark, but they mostly resisted, thanks in particular to their goalkeeper Christiane Endler, who flew past Sara Däbritz (54th) and s is interposed in front of Sakina Karchaoui (76th).

The Chilean door, which left Paris for Lyon last summer, responded well to the insulting songs of the ultra supporters of the Auteuil bend, who came en masse for the occasion.

The latter ensured a warm atmosphere despite the defeat, restoring to the Parc des Princes an energy forgotten in recent weeks with the men's section, much criticized by groups of supporters despite the Ligue 1 title.

The attendance was 43,254 spectators: never had a stadium brought together so many people in France for a women's club match.

But 40,000 people could not be enough on Saturday to block OL, which had once again become a big player in Europe.