Nikola Djurdjic's anger - stormed away from the interview

The nightmare start at the Allsvenskan is total for Degerfors. After a night black half against Elfsborg, it broke for Nikola Djurdjic. - It's so fucking embarrassing, he says and storms away from the interview in Discovery Plus. 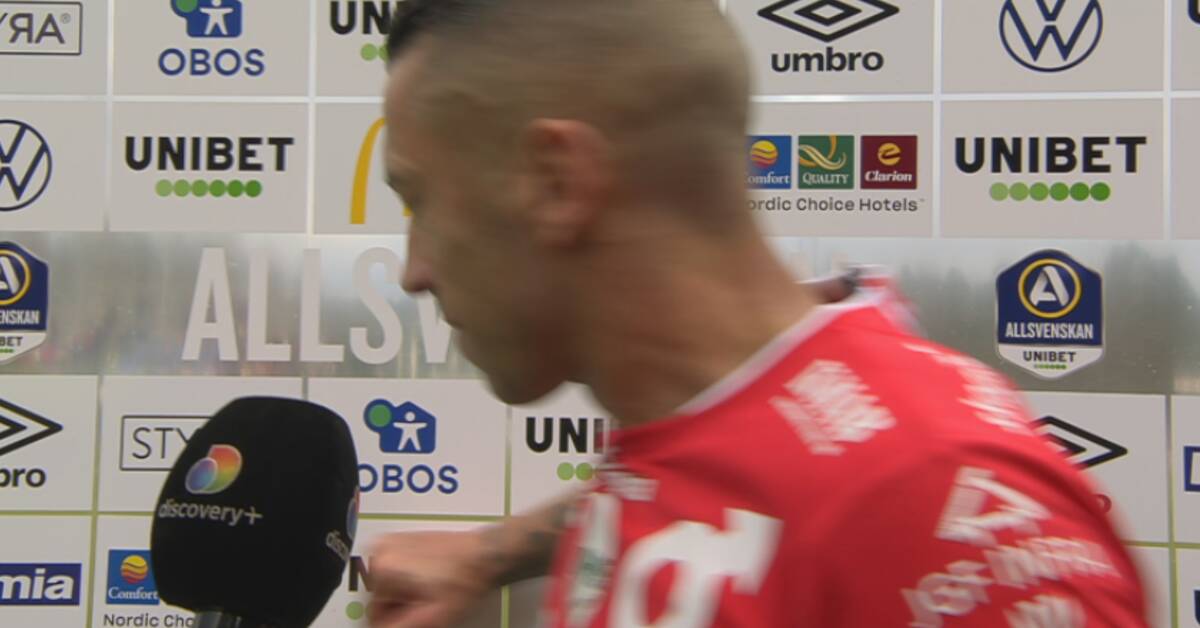 Degerfors is searching with lights and lanterns for points in the Allsvenskan.

After six matches, they still have not taken a point.

On Sunday, they are completely run over by Elfsborg at home.

Already after a quarter the score was 3-0 to Elfsborg and shortly before the break came the fourth.

During the break, striker Nikola Djurdjic vented his frustration.

- What should I say?

It's so fucking embarrassing, he says.

When asked what goes wrong, Djurdjic barely has time to begin his answer before leaving the interview in anger and heading down to the locker room.

Degerfors is last in the Allsvenskan.