Milan hopes not to waste the gift Bologna gave him in the middle of the week in order to get closer to the title he has been waiting for since 2011, when it hosts Fiorentina on Sunday in the thirty-fifth stage of the Italian Football League. 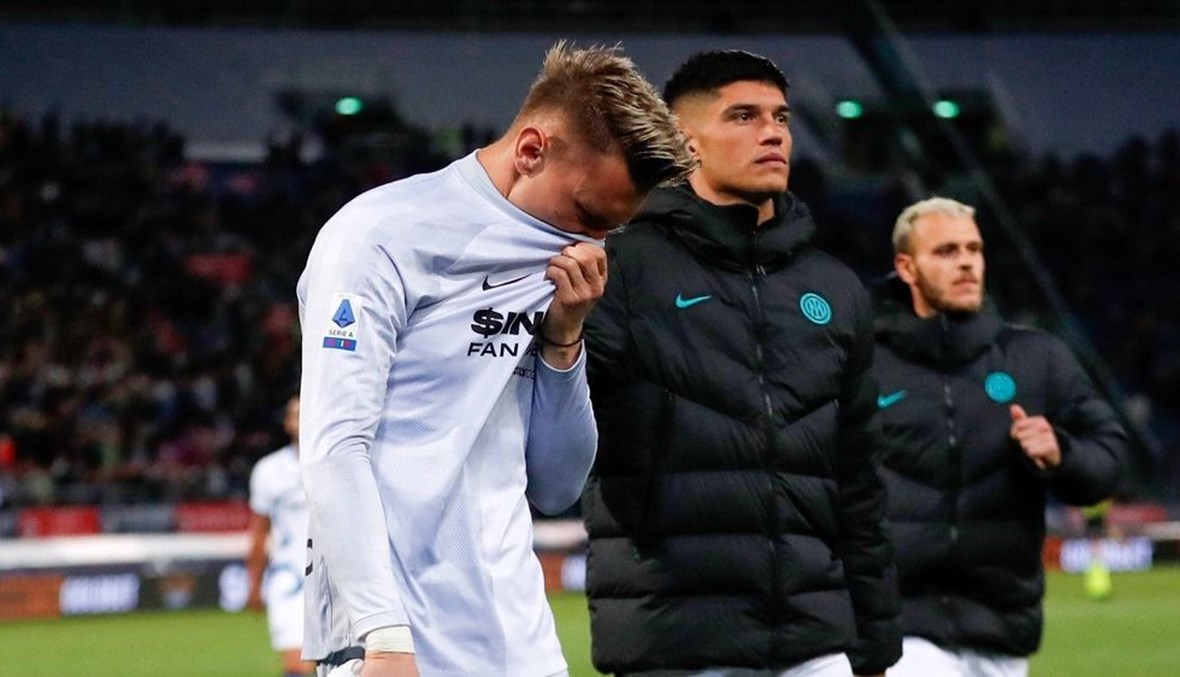 Milan hopes not to waste the gift Bologna gave him in the middle of the week in order to get closer to the title he has been waiting for since 2011, when it hosts Fiorentina on Sunday in the thirty-fifth stage of the Italian Football League.

The talk for many weeks was about this postponed match from the twentieth stage between the defending champion Inter and its host Bologna and the role it will play in determining the identity of the hero. Romanian reserve Ionut Radu.

Nobody from Milan could not believe what he saw in the 81st minute of Wednesday's match, when Croatian Ivan Perisic played the ball from a throw-in towards Rado, who was playing his first match this season due to the injury of the Slovenian Samir Handanovic. land owners.

The mistake was so grave for Inter that Gazzetta dello Sport took the time back a lot, specifically to 1967, when a mistake by Inter goalkeeper Giuliano Sarti at the time caused the league title to be awarded to rivals Juventus.

Radu left the stadium collapsed and his teammates tried to console him, while Dutchman Denzel Dumfries intervened to prevent the camera from filming his crying colleague.

Coach Simone Inzaghi commented on what happened, saying, "It was an unfortunate mistake, but these things happen," adding, "Radu is a great goalkeeper and has a bright future ahead of him."

"We must keep our heads held high. We received a heavy blow, but you saw how Bologna played today (Wednesday), every match was difficult and the two-point difference can be compensated... We still have a chance."

Matters are now in the hands of Milan, which will seek to win its remaining four matches without looking at what Inter will achieve, and even needs three victories and a draw to resolve its first title since 2011, even if Inter won all its four matches, as a result of the difference between the two direct confrontations, which is in favor of the team Stefano Beoli.

After hosting Fiorentina before being a guest of Verona, he returns to San Siro to meet Atalanta and concludes the season in Sassuolo.

- Facing Fiorentina at a suitable time - As for Inter, travels to Udinese before receiving Empoli to be a guest of Cagliari and end the season at home against Sampdoria, knowing that before the last two stages of the Italian Cup final against Juventus on May 11, in his quest for the local double.

Now that the talk about this postponed match is over, Milan hopes at least to maintain the two-point difference that separates it from "Nirasori", as it faces its guest Fiorentina in an appropriate time, because "Viola" is suffering recently and will visit "San Siro" against the background of three defeats. Consecutive against Juventus 0-2 in the second leg of the cup semi-final, Salernitana 1-2 and then Udinese at home 0-4 in the last two stages.

Away from the title struggle, which Napoli largely left and his dream of winning the first title since 1990 evaporated after he became seven points behind Milan, the battle for the third and fourth places qualifying for the Champions League seems settled in favor of the southern team and Juventus as a result of their lead by 9 and 8 points, respectively, over Roma Fifth .

Napoli will open the stage on Saturday by hosting Sassuolo, while Juventus will play on Sunday with its guest Venezia, seeking to hold on to a glimmer of hope in order to stay in the top-flight league, but its chances are very weak as it lies at the bottom of the standings, five points from the safety zone.

The battle is raging between Roma and its neighbor Lazio for the fifth place that qualifies for the group stage of the "Europe League" competition, which is occupied by the Portuguese coach Jose Mourinho's team, coming from a precious tie Thursday from Leicester City Stadium in England (1-1) in the first leg of the semi-finals of the "Conference League". Just two points ahead of his neighbor.

Lazio will visit Spezia on Saturday, while Roma will play on Sunday with its guest Bologna.

The "Luigi Ferraris" stadium will be on a date with a fateful confrontation between the two neighbors, Sampdoria and Genoa, who are also fighting for survival.

After three consecutive victories, Salernitana revived his chances of staying in the top flight by ascending to the eighteenth place with 25 points, but a difficult match awaits him on Monday at the end of the stage against his host Atalanta.

Cagliari hopes to stay out of the relegation positions, which he is currently two points away from, by beating his guest Verona on Saturday.