Shin Yu-bin, who stood up after being injured, "I'm better at table tennis"

Shin Yu-bin, an 18-year-old female table tennis player, returned to training after four months of injury. She vowed to leap higher, saying that her love for ping-pong grew bigger. 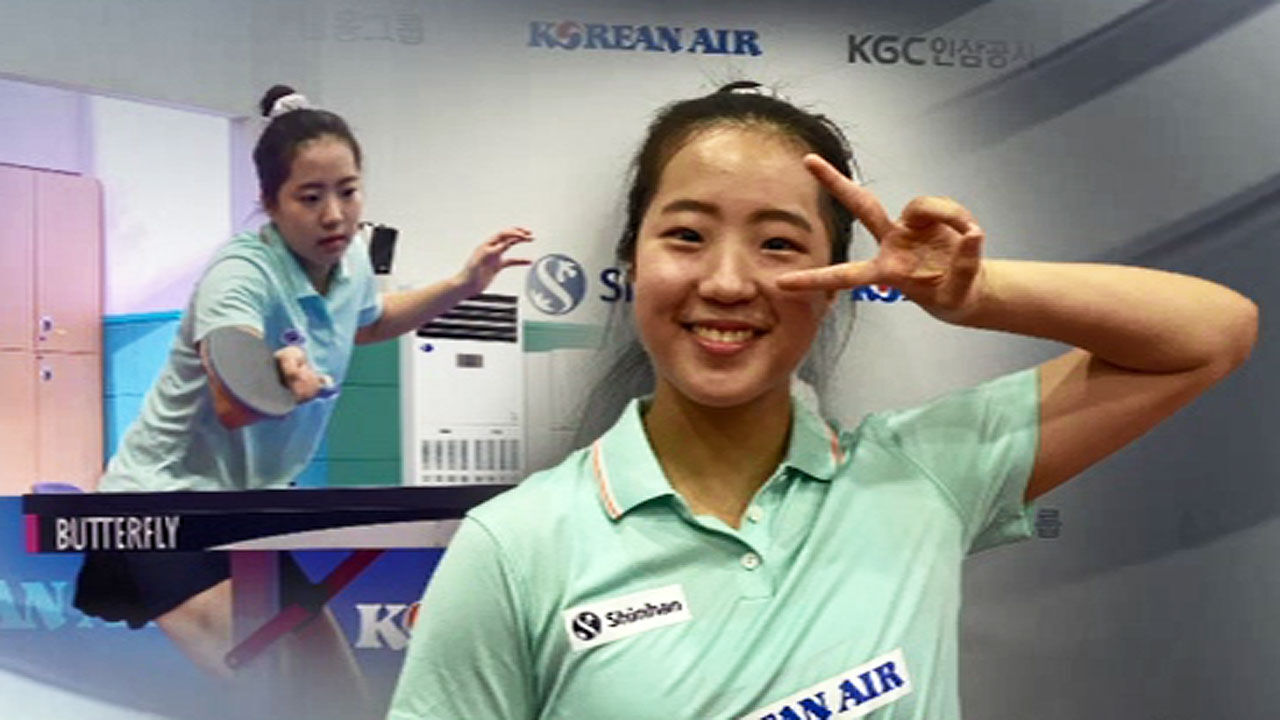 She vowed to leap higher, saying that her love for ping-pong grew bigger.

Shin Yu-bin, who was entering her training ground, is not sure what to do with the attention of her reporters.

bin, who grabbed her racket after 4 months, announced her return with a powerful smashing.

Shin Yu-bin put down her wrist fatigue fracture racquet while carrying out her streak last year.

During her repeated treatment and rehabilitation, her penchant for table tennis grew.

[Shin Yu-bin/Korean Air: I couldn't do what I liked the most, so it was very difficult mentally, but I think I felt once again that I love table tennis.] I

had to give up the Hangzhou Asian Games due to an injury, and in the meantime, Kim Na-young, a junior for a year Although he rose to prominence by being selected for this national team, Shin Yu-bin is drawing the future with a positive mind.

There are a lot of good players, so I feel better too.

I hope that Korean table tennis will shine together.]

Shin Yubin is not in a hurry and plans to draw a big picture for the Paris Olympics by raising her sense of competition through the Korean professional table tennis league, which was launched for the first time this year.