Oscar Linnér has left the club - and Andreas Andersson stepped out injured in Gif Sundsvall's match against Elfsborg yesterday. But the "Giffs" have no plans to bring in a new cage keeper, despite the flaws. - We have full confidence in Gustav Molin and Oskar Jonsson, says the club's sports director Urban Hagblom to SVT Sport. 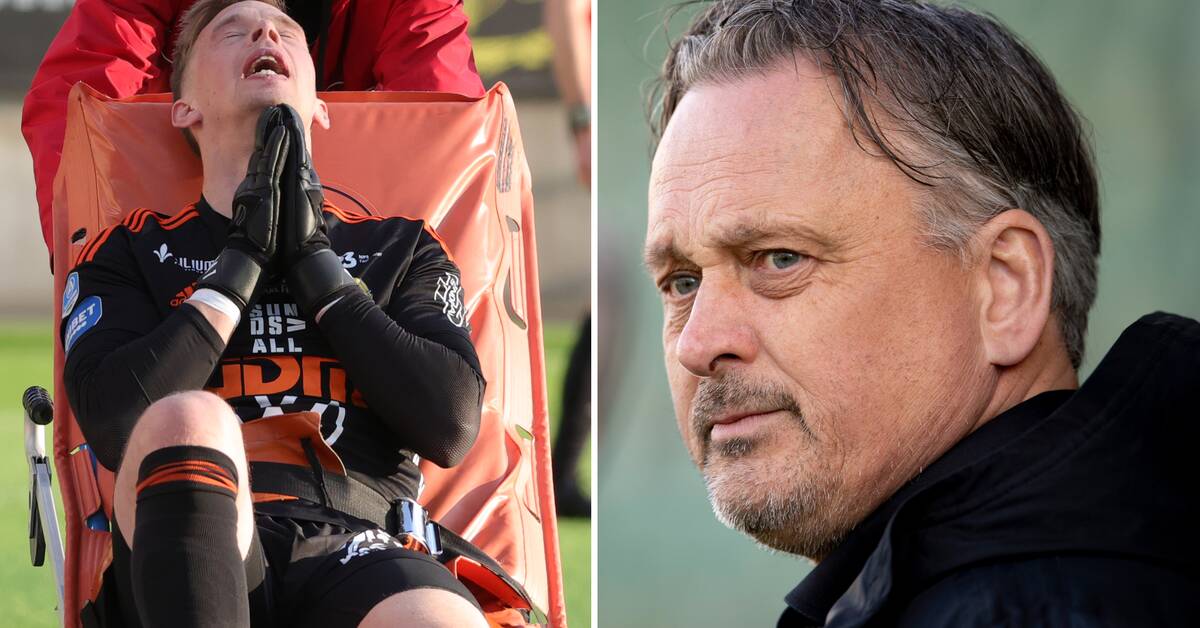 The Allsvenskan barely had time to start before goalkeeper Oscar Linnér, a new acquisition for the season, had to leave Gif Sundsvall.

Now another goalkeeper can be absent.

Andreas Andersson started against Elfsborg and was forced to change after being carried on a stretcher.

He will take an X-ray here today in Sundsvall where we will definitely get an answer.

I have not received a hundred messages yet.

We get it during the day around how bad it was.

We can only hope that we will have the margins with us at some point.

We have lost other important players in Linus Hallenius in cruciate ligament injuries.

"Not in this situation"

The "Giffars" do not plan to pick in a new goalkeeper, despite the crisis.

Not in this situation.

We have full confidence in Gustav Molin, 19, and Oscar Jonsson, 25. They are extremely exciting, to some extent with all-Swedish inexperience.

But to get future players to step forward, you have to bring the opportunities with you.

- But there is no danger with Gustav, it was a pure thigh cake.

There will be no danger for him in the coming matches.

I do not know what happened.

I do a leg parade and in that leg parade it feels like I hit my knee in the ground when I drag my leg.

Then there is a bit of a commotion and when I save and move sideways then I realized that something happened in that leg parade earlier.

But I do not know exactly what it is, we will take pictures soon, Andersson says to SVT Sport.

How does the knee feel?

- I've had it wrapped since the match.

I do not know much.

How are your thoughts going right now?

- It is always uncomfortable when something happens.

Just take it for what it is and get whole as quickly as possible.