Video refutes the reasons .. Is Ronaldo the cause of the misfortunes of Manchester United?

Like wildfire, a video clip spread on the communication sites entitled “How do you blame Cristiano Ronaldo?” Manchester United's season is going from bad to worse. 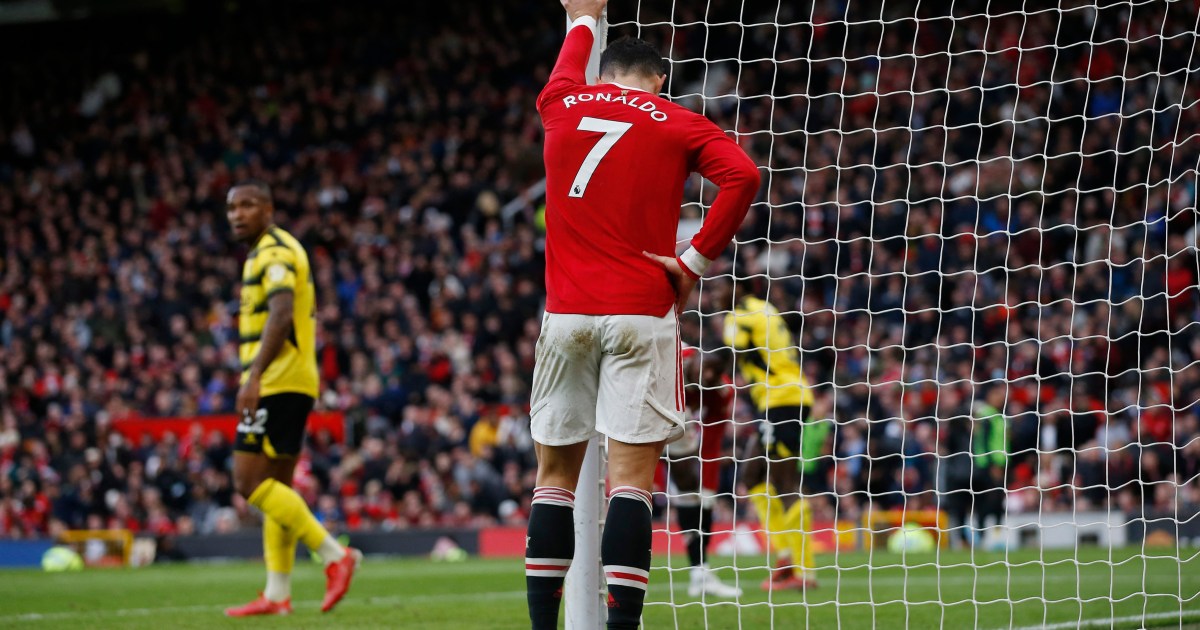 Like wildfire, a video clip spread on the communication sites entitled "How do you blame Cristiano Ronaldo?"

Manchester United's season is going from bad to worse.

And the "Red Devils" lost 1-3 the day before yesterday, Saturday, from Arsenal, to eliminate their hopes of obtaining the fourth qualifying place for the Champions League next season.

Ronaldo returned to the starting lineup against Arsenal and managed to score a goal, but that was not enough to prevent the tenth defeat this season.

Despite the poor level of the team, Ronaldo managed to score 22 goals in 35 games since his return to "Old Trafford", including 16 in the English Premier League, and only Mohamed Salah and Heung Min Son scored more goals than in the English competition.

Some believe that Ronaldo's return last summer disrupted the signing of young strikers for Manchester United, and described it as a "problem" at Old Trafford.

His lack of pressure and assistance is often brought up in storied gameplay, but the circulating video seems to be responding to these claims.

HOW CAN YOU BLAME CRISTIANO RONALDO FFS.

Ronaldo can be seen creating spaces and occupying the opponent's defenders for his teammates, as well as creating opportunities for Bruno Fernandes, Jadon Sancho and others.

Fans say Ronaldo is not the problem, but that he is United's savior.

One commented: "Ronaldo has never been a problem in this team."

Another said, "I'm sorry Ronaldo for blaming you.. accept my apologies."

A third explained, "They still describe Ronaldo as a selfish player."

While one tweeted, "This is really sad to watch."

Dutchman Ajax Eric Ten Hag was appointed as the new coach of Manchester United - last Thursday - and he will take over his duties at the end of this season.

Ronaldo's future will be a hot topic, as the Red Devils are likely to miss the Champions League next season.

And football expert Robbie Savage believes it is important for the 37-year-old to stay for another year.

He explained, "You have to keep him. Manchester United signed him to try to win titles. He scored 22 goals in a team that occupies sixth place in the Premier League."

"The team scored 13 points because of Ronaldo's goals, and his goals qualified Manuelo to enter the knockout stages of the Champions League. People say it's part of the problem? These people talk about nonsense!"

Manchester United will face Chelsea next Thursday in the Premier League.