Video: Bayern Munich wins the German League title for the tenth time in a row

Bayern Munich won the German Football League title for the tenth time in a row, after beating its guest Borussia Dortmund 3-1 in the 31st stage of the competition. 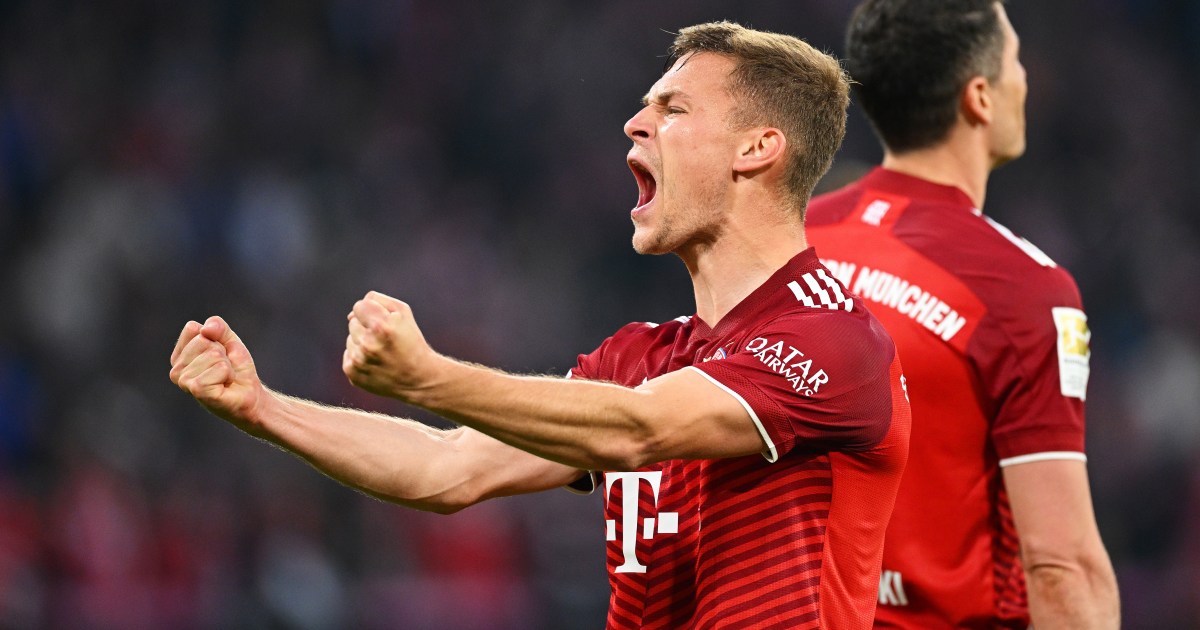 Bayern Munich won the German Football League title for the tenth time in a row, after beating its guest Borussia Dortmund 3-1 in the 31st stage of the competition.

Bayern advanced in the 15th minute through Serge Gnabry, before Robert Lewandowski added the second goal in the 34th minute.

In the 52nd minute, Emery Kahn scored the only goal for Dortmund from a penalty kick, while Jamal Musiyala secured the third goal for the Bavarian team in the 83rd minute.

WHO ELSE BUT LEWANDOWSKI!

He gets Bayern's second over Dortmund 😮 pic.twitter.com/qAPg6mzI2e

DORTMUND ARE RIGHT BACK IN THIS!

And three rounds before the end of the German League, Bayern Munich won the title, which strengthened its lead with 75 points, 12 points ahead of the pursuit of Borussia Dortmund.

Bayern are about to wrap up the title 👀 pic.twitter.com/jrMyRkZpJf

Bayern confirmed its eligibility to lead German football, after winning the title for the 32nd time in its history, to compensate its fans for the European failure, after the team exited the Champions League quarter-final at the hands of Villarreal, Spain, and also exited the German Cup after a crushing loss against Borussia Monchengladbach 5-0. .

The 2011-2012 season was the last season to witness the crowning of a league title other than Bayern Munich, when Dortmund managed to win it under the leadership of its coach at the time, Jurgen Klopp, the current Liverpool coach.

This coronation is the first for coach Julian Nagelsmann, who took charge of Bayern Munich earlier this season.

The young coach admitted earlier that what happened in the past weeks and the exit from the Champions League makes it difficult for him to be in a festive mood.