The hero Maja Viström after the gold: "It's completely sick"

Maja Viström scored two goals and was one of Team Thorens outstanding players in the final victory against Pixbo. Afterwards, she was emotional. - There are so many emotions at once, says Maja Viström to SVT Sport after the win. 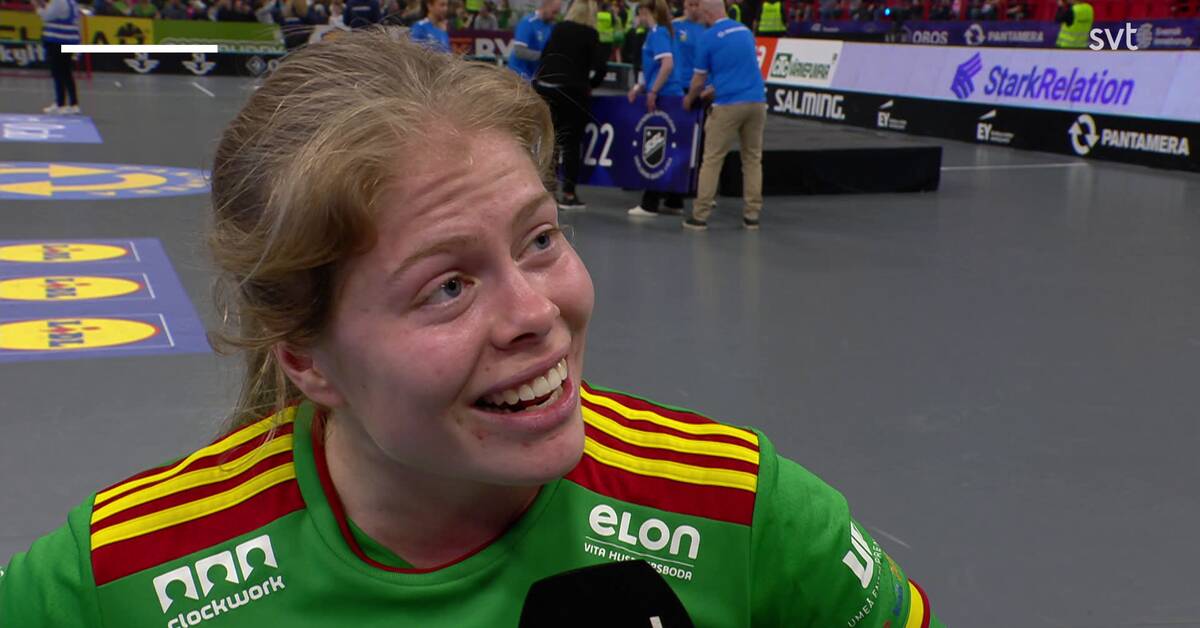 It was a thrilling decision in the Swedish Championship final between Team Thoren and Pixbo.

The former were pressured in the end but managed to dramatically hold off and win 5-4.

The big victory organizer was Maja Viström, who among other things scored two goals.

- What fucking feelings at once.

It's something we've been fighting for so damn long.

We have longed to play a Swedish Championship final here (in Aviici Arena).

There are many who get to do it for the first time.

It is incredibly nice that we get to win this, says Team Thorens Maja Viström to SVT Sport and continues:

It's hard to dream of a better ending than this.

It could not have ended better.

There are so many emotions at once.

"Real in front of goal"

The keys to success?

- We are solid above all - solid in front of goal.

Then we have a little flow, that's how it is sometimes.

We manage to pull the longest straw.

However, she managed to get nervous in the end.

The last minute was really long, but so fucking fun.

Praise by the coach

- I'm sick proud of the girls.

We have many world players in the team who push each other and right now it is Maja Viström who really clings forward and shows what a fantastic player she is.

She enjoys playing these matches.

It's great to have her here.