Former American boxing champion Mike Tyson assaulted a passenger who appeared to have harassed him in one of the planes, and the famous champ caused the victim to have bruises on the face, according to what was reported Thursday by the "TMZ" website. sitting behind 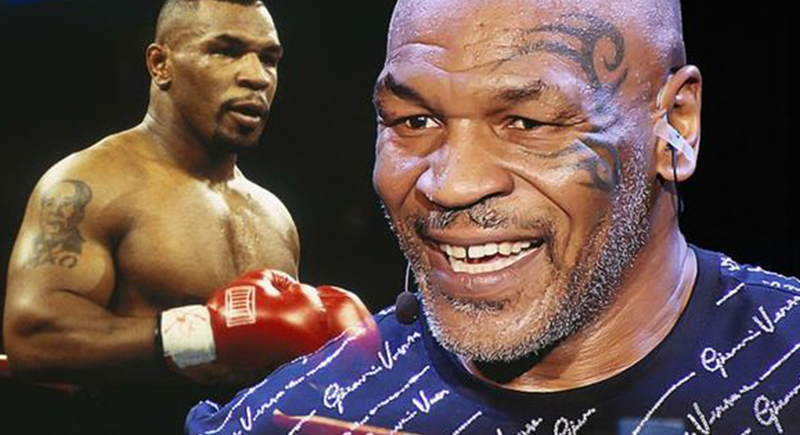 Former American boxing champion Mike Tyson assaulted a passenger who appeared to have harassed him on an airplane, and the famous champ caused the victim to bruise the face, TMZ reported Thursday.

And "Mike Al-Hadidi" appeared in a video clip that spread through the communication sites as he punched a passenger sitting behind his seat.

The website, which specializes in celebrity news, indicated that the incident happened Wednesday, before the flight from San Francisco to Florida.

The website quoted a witness as saying that the 55-year-old former boxer, who achieved several victories between the eighties and nineties of the last century, hit the passenger minutes after he boarded the plane.

Boxer Mike Tyson hits someone who harassed him on a plane.. pic.twitter.com/jX1JdXypUC

The same witness explained that the passenger sitting behind Mike Tyson was constantly trying to talk to the boxer in a motorized manner, and Tyson asked him to calm down, but to no avail, which made the boxer lose his nerve and hit him.

In one of the photos, the passenger appears with blood on his head.

The website stated that the former hero got off the plane, pointing out that the passenger filed a complaint against him.

AFP did not get a response from San Francisco police, JetBlue and the agency responsible for Mike Tyson's business when it sought to inquire about the incident.

Mike Tyson, born in Brooklyn, is one of the most prominent names in boxing history.

At the age of 20 years and 4 months, he was the youngest heavyweight champion of the world, and aroused admiration for his strength and enduring commitment.

One of Tyson's most notable achievements was his victory in 37 consecutive games in his early days, but his career also witnessed setbacks, including the one that was considered historic against Evander Holyfield in 1997. He

was convicted in 1992 of rape and imprisoned for nearly three years, and in 2007 he admitted his cocaine addiction.