Linn Svahn on the shoulder injury: "I am in a really good phase"

Last season, Linn Svahn was the world's best sprinter, before she crashed in Ulricehamn and injured her shoulder. In Sportexpressen's live broadcast, she talks about the injury and how the form is. - A lot is progressing well, she says. 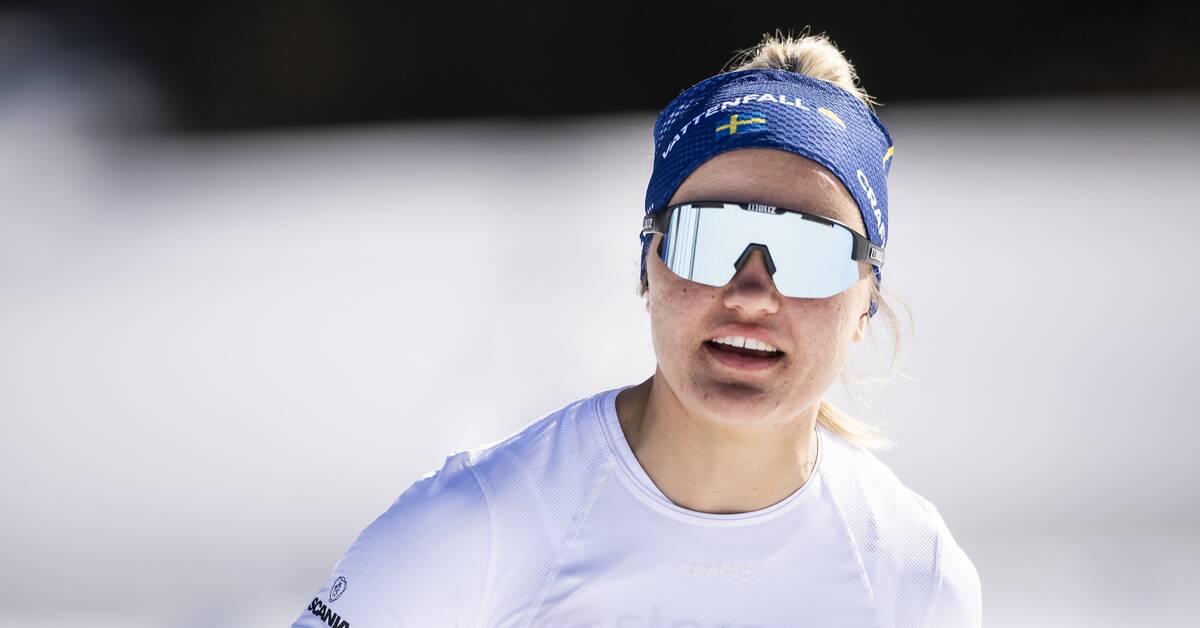 It has been quite quiet from Linn Svahn, 22, since the news came in November that she would not be able to compete in the Olympics in Beijing 2022.

But in February, she answered some questions about her injury and rehabilitation in an interview with former national team skier Anders Södergren on the Swedish Ski Association's Youtube channel.

- It is important to be very sensitive from day to day for what the shoulder can withstand and how hard you can load it.

Because I last said to my coach a few weeks ago: "I do not know how close I am to the limit of what the shoulder can withstand, but I think I am really close."

So the plan is to try to be as close to it as possible, but not go over to get setbacks, Linn Svahn said then.

But in the Swedish Championship final in Bruksvallarna, Svahn answered how the form is right now.

- My goal was to be able to run the final race.

I still wrote up that I wanted to run the Swedish Championship sprinters in Bruksvallarna.

But that goal smoked when I had to have surgery a second time, she says to Sportexpressen.

"I'm in a really good phase"

The 22-year-old says that she has increased her training.

- I try to collect as much snow time as possible.

It is very gentle on my shoulder to ski.

So this morning I have been out skiing for a long time, both with and without poles.

I have no problems, a lot is progressing well.

There is still work to be done to strengthen it (the shoulder).

Now it's more strength training than rehab, it's fun to throw away the rubber bands, I'm in a really good phase.

The big goal has been to avoid setbacks.

- It's tough to be close to riding poles.

The goal has been to increase in a controlled manner and then it is nice that time and time again it answers what I do.

That you must not go back.

It's frustrating to know that what I did a month ago I can not do now.